By Robert Muller and Jason Hovet

PRAGUE -The European Union is preparing a seventh package of sanctions against Moscow but it is already clear that it will not curb imports of Russian gas as too many member states can’t adjust quickly enough, Czech Prime Minister Petr Fiala told Reuters.

Fiala said the sanctions now being finalised by the EU’s executive to ramp up pressure over Russia’s invasion of Ukraine were expected to ban gold imports, widen a list of dual-use goods banned for export to Russia and target more individuals.

The European Commission should be ready to present the package in the coming days and member states could approve it immediately after, Fiala said in an interview.

“A seventh package is being prepared, and I think it is a good course,” Fiala said, speaking from his office in Prague.

“What is definitely problematic is to include energy into the sanctions, because a rule must be observed that the sanctions must have a greater impact on Russia than on the countries imposing the sanctions.”

Fiala said there was no chance that gas would be included.

“I think that it should not be there, because a number of countries depend on Russian gas,” he said.

The Czech Republic, which took over the EU’s rotating six-month presidency on July 1, is one of those countries, dependent on Russia for almost all of its gas needs.

Overall, the EU relied on Russia for 40% of its gas before Moscow invaded Ukraine.

Fiala said the Czechs were doing everything they could to cut their dependence on Russian energy, “but it won’t happen this winter”.

But gas imports have not been touched even amid calls from Ukraine for such an embargo.

The latest sanctions are being prepared amid mounting fears in Europe that Russia could extend scheduled maintenance of the key Nord Stream 1 gas pipeline that began on July 11 and is due to last 10 days.

That would throttle European supplies further and disrupt plans by countries to fill storage for winter, tipping them into an energy crisis.

Fiala said Europe must be ready for the possibility that flows from Nord Stream 1 will not restart, seeking out alternative sources of gas supplies, like LNG, and be ready to share supplies among member states.

Another idea he supports would be to start joint gas purchases in Europe, but cautioned it remained difficult both technically and administratively.

“I don’t want to be too optimistic,” he said, when asked if joint purchases could start as early as this year, adding that EU energy ministers would discuss the proposal at an extraordinary meeting on July 26. 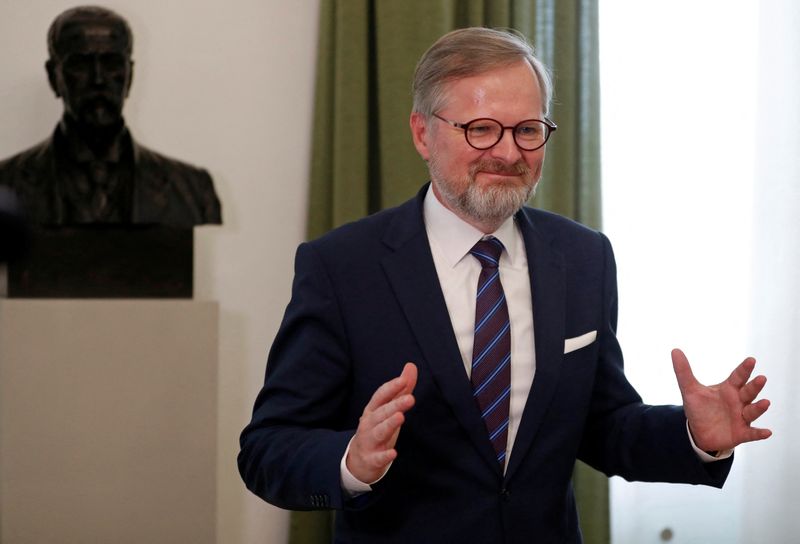