BEIJING – China is expected to report a sharp slowdown in economic growth in the second quarter after widespread COVID lockdowns jolted factories and consumers, although activity in June may have perked up.

Data on Friday is expected to show gross domestic product (GDP) grew 1% in April-June from a year earlier, a Reuters poll showed, slowing from the first-quarter’s 4.8% pace.

The expected growth would be the weakest since a steep 6.9% slump in the first quarter of 2020, when an outbreak of COVID-19 in the central city of Wuhan, first detected in late 2019, turned into a full blown epidemic.

On a quarterly basis, GDP is forecast to have contracted 1.5% in the second quarter, versus growth of 1.3% in January-March, the poll showed.

“The worst of the downturn is over. But recovery in the second half is unlikely to be too strong,” Nathan Chow, senior economist at DBS Bank in Singapore, said in a note.

“Anemic consumption remains the most daunting challenge owing to labor market strains because sporadic lockdowns have resulted in pay cuts and a hiring freeze.”

The government is due to release second-quarter GDP data, along with June activity data, on Friday at 0200 GMT.

Data released for June so far point to a bumpy road ahead for the economy, with exports rebounding with the lifting of COVID lockdowns but a sharp slowdown in imports signalling tepid domestic demand.

Some smaller Chinese cities have had to impose COVID lockdowns in recent weeks amid sporadic virus flare-ups, while the property market remains weak and the global outlook is darkening.

Still, activity data for June is expected to show some improvement, as the government has rolled out a raft of policy measures, cutting taxes for businesses and channeling more money into big-ticket infrastructure projects.

Industrial output likely grew 4.1% in June from a year earlier, picking up from 0.7% in May, while retail sales, a gauge of consumption which has been lagging since COVID first hit, likely levelled off in June after falling 6.7% in May.

Fixed-asset investment may have expanded 6.0% in the first half, easing from 6.2% in the first five months, even as the government ramps up infrastructure spending to drive growth.

Full or partial lockdowns were imposed in major Chinese cities from March through May, including the financial and commerce hub of Shanghai.

The Reuters poll forecast China’s growth to slow to 4.0% in 2022, far below the official growth target of around 5.5%.

The central bank on Wednesday pledged to keep liquidity reasonably ample and lower funding costs, foreseeing a temporary rise in the overall level of debt amid efforts to revive the economy.

Analysts believe room for the central bank to ease policy further could be limited by worries about capital outflows, as the U.S. Federal Reserve aggressively raises interest rates to fight soaring inflation.

China’s rising consumer prices, while not as hot as elsewhere, also may add to constraints on monetary policy easing. Many analysts expect consumer inflation to pick up and surpass 3% in the coming months, but the whole year average level will still be within the annual target of around 3%.

“China’s recovery will likely continue amid global recession fears but inflation may increasingly become a source of concern. Without an imminent exit from zero-Covid, infrastructure investment will likely act as a key growth driver,” analysts at Citi said. 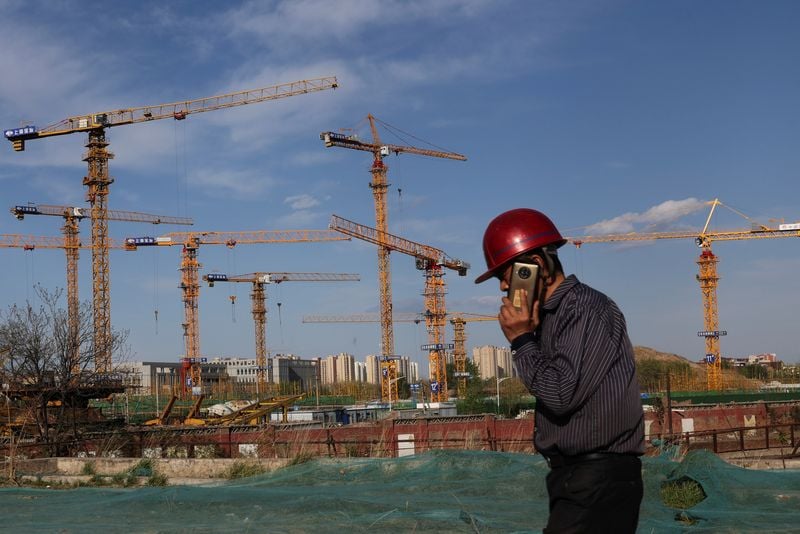