(Reuters) – St. Louis Federal Reserve President James Bullard would prefer to lift interest rates by 75 basis points at the central bank’s next meeting later this month, telling the Japanese news service Nikkei in an interview released on Thursday that he does not back a larger increase for now.

“So far, we’ve framed this mostly as 50 versus 75 at this meeting,” Bullard said. “I think 75 has a lot of virtue to it, because the long-run neutral that the committee has, according to the Summary of Economic Projections, is actually about 2.5%.”

Asked if the Fed’s policy rate, currently in a range of 1.5-1.75%, could exceed 4% by year end, Bullard said: “I suppose it’s possible,” but cautioned that would require data on inflation to continue coming in in “an adverse way.” 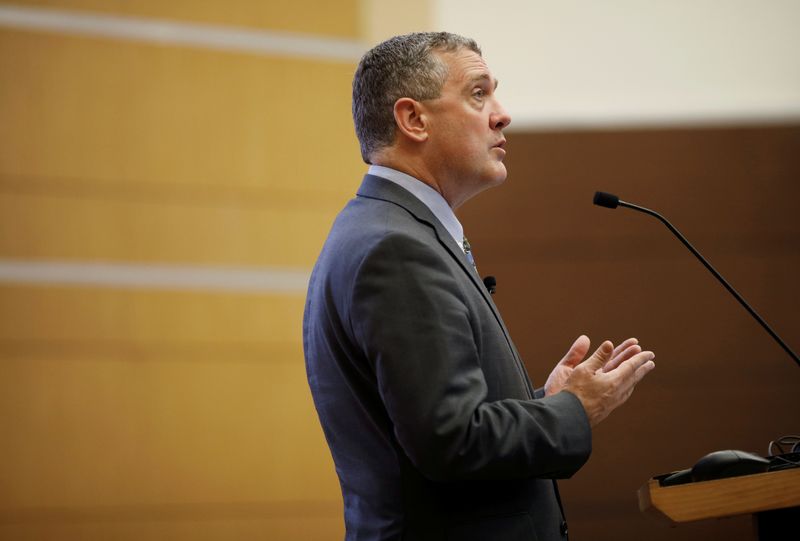