After staring parity against the dollar in the face for days, the euro finally broke the key level — to the palpable relief of traders (and financial journalists) who have been unable to take their eyes off that euro chart.

Chatter about whether it had already hit parity or whether the psychological milestone matters has been high. And with the euro already down almost 12% this year, a lot of bad news is priced in.

But let’s face it, milestones matter: the last time the euro traded below $1 was two decades ago and policymakers are likely paying attention.

Note the impetus for the latest move lower came after data showed U.S. consumer prices surged 9.1% in June. That’s seen boosting the case for a supersized 100 bps rate hike by the Federal Reserve this month.

The Bank of Canada has already paved the way — on Wednesday it delivered the first 100-basis-point rate increase among the world’s advanced economies in the current policy-tightening cycle.

Expectations for even steeper U.S. rate hikes that could slow growth sharply have pushed the U.S. yield curve further into inversion territory. According to Deutsche Bank, the 2-10 yield curve is at its most inverted it’s been at any point in this cycle.

So while the euro may be holding around $1 as European trading opens, the scope for aggressive U.S. rate hikes versus modest ones from the ECB, suggests the outlook for the currency is still bleak.

The ECB will likely kick off its rate-hiking cycle with a 25 bps point increase next week and its room for manoeuvre is already seen limited given concerns that the energy price shock raises recession risks for the euro area.

Speculation about a steep U.S. rate hike when the Fed meets later in July are keeping world stocks on the defensive meanwhile.

Asian shares were pinned at two-year lows, while European and U.S. stock futures were pointing down. 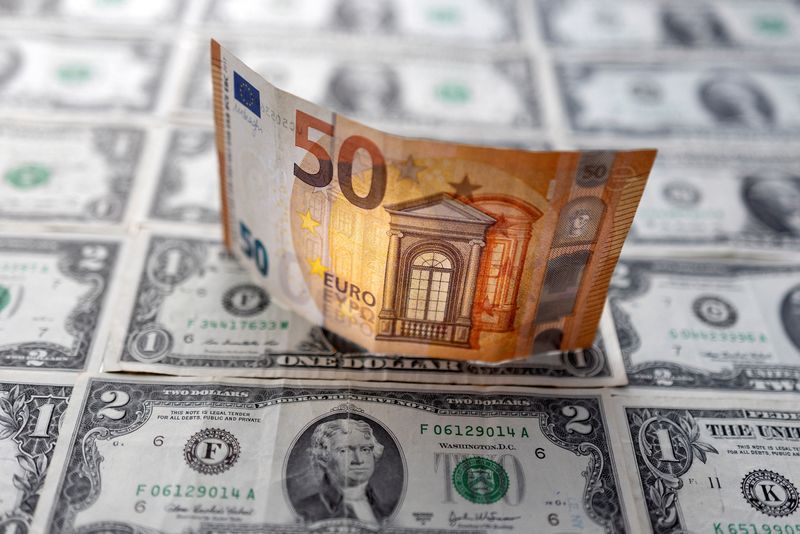