By Julie Gordon and Divya Rajagopal

OTTAWA – The Bank of Canada’s surprise jumbo interest rate hike this week has jolted highly indebted consumers, who took out large mortgages during the pandemic, but were less prepared for the sharp rise in borrowing costs than Bay Street investors.

Higher rates are also slamming the brakes on Canada’s once red-hot housing market and, as consumers feel the pinch, could slow spending on travel, dining out and luxury goods.

The central bank raised its policy rate by 100 basis points to 2.5% on Wednesday, its largest increase in nearly 24 years. Its aim is to crush hot inflation, which hit a four-decade high of 7.7% in May, with the bank promising more hikes to come.

Money markets are betting on three more increases this year to get the policy rate to 3.5%-3.75% by year-end. [0#BOCWATCH]

“There’s going to be a lot of pain out there. And I think the bank is underestimating the risks to both housing and consumption,” said Stephen Brown, senior Canada economist at Capital Economics.

The moves have sent mortgage rates spiraling, a concern for Canadians with variable rate mortgages, which accounted for about 50% of new mortgage loans in Canada in May, compared with about 7% pre-pandemic, official data shows.

“I am distraught,” said Udit Kumar, who bought a suburban Toronto home this spring. The rate on his variable mortgage has already jumped from 1.84% to 3.4% in just a few months.

“We now find ourselves in a situation where the value of our houses might be going down and the mortgages are going up,” he said.

Most Canadians with variable mortgages have static payments: as rates go up the monthly installment stays the same but less principle gets paid. But about 20% of variable loans are not static – meaning each hike can add hundreds of dollars to a payment.

Toronto-area mortgage broker Ron Butler said he was already hearing from people worried about having to sacrifice groceries to pay their mortgages. But while the situation is painful for many, he does not foresee a wave of defaults due to Canada’s record low jobless rate, he said.

“In the history of banking in this country … rate increases have not had a massive impact on mortgage default. No matter how fast and no matter how big.”

“Everybody just freezes when this happens,” said Dan Plowman, who owns a real estate agency in Durham, a suburban area east of Toronto.

The average selling price in the Toronto area dropped 14.1% in June from February’s peak, reversing some of the region’s hefty pandemic gains.

Brown of Capital Economics expects housing prices nationwide to fall about 20% peak-to-trough and he’s concerned the Bank of Canada is perhaps too quick to sacrifice the housing market in order to cool inflation.

But a chill may be just what the Bank of Canada is looking for. Senior Deputy Carolyn Rogers reiterated on Wednesday that restoring balance in the Canadian housing market would help curb the excess demand fanning inflation.

“And that’s what we’re aiming to do,” she said.

(Reporting by Julie Gordon in Ottawa; Editing by Richard Chang) 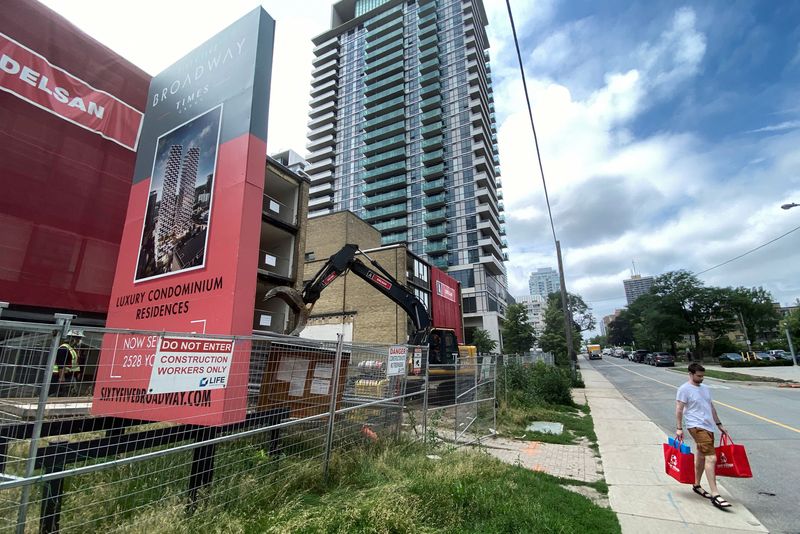 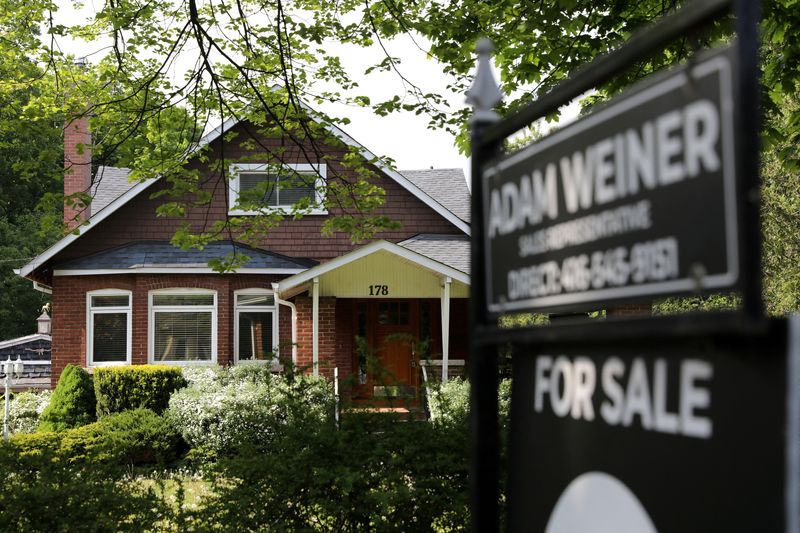