(Reuters) – Goldman Sachs Group Inc on Monday warned it may slow hiring and cut expenses, as the economic outlook worsens, after reporting a 48% slump in quarterly profit which beat forecasts due to gains in fixed-income and commodities trading.

Goldman’s investment banking revenue fell 41% to $2.14 billion in the second quarter, as fees from both equity and debt underwriting fell along with those from advising on stock listings and mergers and acquisitions.

“Given the challenging operating environment, we are closely re-examining all of our forward spending and investment plans to ensure the best use of our resources,” Chief Financial Officer Denis Coleman told analysts on an earnings’ call.

“Specifically, we have made the decision to slow hiring velocity and reduce certain professional fees going forward, though these actions will take some time to be reflected in our results.”

The bank will also reinstate its annual performance review for employees at the end of the year, a process it had suspended during the period of the pandemic, he said.

The restoration of the process that tends to identify under-performers was the strongest signal that Wall Street banks may consider potential job cuts as outlook for dealmaking turns challenging. Wall Street had eased up on hiring after a recruiting frenzy last year.

Goldman Sachs CEO David Solomon said the market environment has become more “complicated” due to a combination of macroeconomic conditions and geopolitics, citing the war in Ukraine.

“We see inflation deeply entrenched in the economy,” he said. “And what’s unusual about this particular period is that both demand and supply are being affected by exogenous events, namely the pandemic and the war.”

Despite the slump in deals, Goldman’s shares rose 3% as revenue at the global markets unit, which houses its trading desks, jumped 32% to $6.47 billion, with fixed income, commodities and trading revenue surging 55% and equities revenue adding 11%.

Goldman’s chief financial officer also said the bank will “very carefully” look at buybacks. Other banks, such as JPMorgan, have suspended buybacks.

“We didn’t give a number for this quarter but we did say that we’re looking at it very carefully. We’re operating with a capital surplus right now,” he said.

“Goldman once again showed that it can excel in challenging markets given a top-line beat in each of its four business lines,” Mike Mayo, a banking analyst at Wells Fargo, wrote in a note.

In the second quarter, there were 305 initial public offerings globally, raising $40.6 billion, down 65% from last year, according to data from Ernst & Young.

The value of announced deals dropped 25.5% year-on-year to $1 trillion in the quarter with M&A activity in the United States plunging 40%, according to Dealogic data.

“The banks’ news certainly was very poor for the most part,” said Rick Meckler, partner at Cherry Lane Investments, adding however: “It was not unexpected when you consider that investment banking income is really falling off the table and that some of the banks have taken large credit reserves.”

Asset management was another weak spot, with net revenue of $1.08 billion, 79% lower than the second quarter of 2021.

Solomon has been working to reduce the bank’s reliance on volatile trading and investment banking by shifting focus to Marcus, its consumer banking unit.

However, if the U.S. Federal Reserve further raises borrowing costs to a level that restricts consumer spending, the demand for loans could take a hit.

Goldman kept aside $667 million to cover credit losses, compared with a net benefit of $92 million in the same period a year ago.

The U.S. central bank has been trying curb a relentless surge in prices and has committed to a “soft landing.”

In June, the Fed raised its benchmark federal funds rate by 75 basis points, the biggest hike since 1994, as inflation unexpectedly rose despite expectations it had peaked. 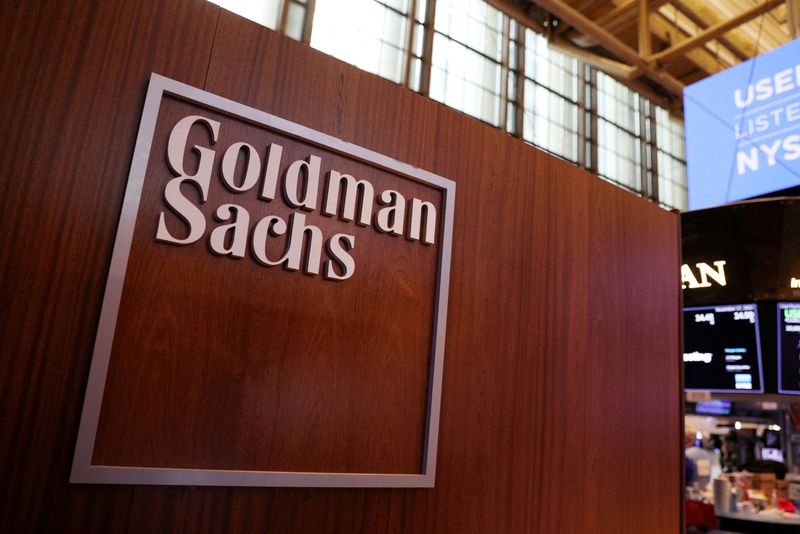