(Reuters) -Finland’s national carrier Finnair posted a deeper-than-expected quarterly loss on Tuesday, and said the Ukraine war and lingering impact of the pandemic would keep the company in the red for a third straight year in 2022.

The company said in the second quarter to end June it operated at just 64% of 2019 capacity as Russian airspace closures restricted flights to key Asian markets such as Japan and South Korea.

While Finnair said demand has almost normalized in Europe and the United States, it plans to unveil a new strategy in the autumn to address the uncertain outlook that includes high fuel prices, the pandemic and the Ukraine war.

“Finnair estimates that the difficult operating environment, inclusive of the closed Russian airspace, will prevail for a longer period,” it said in a statement.

“Therefore, the company is preparing a new strategy to improve its weak profitability and to strengthen its financial position.”

Europe’s aviation sector is grappling with a summer of travel disruptions amid looming walkouts and staff shortages, on top of the impact of the Ukraine war, the pandemic and rising inflation.

SAS on Tuesday announced a wage deal with pilot unions that ended a 15-day strike, while British Airways staff at London’s Heathrow airport in June voted to take action over pay and Spain-based cabin crew at Ryanair and easyJet plan to strike this month.

Finnair’s quarterly operating loss narrowed to 84.2 million euros from 151.3 million euros a year ago, but the figure was more than the 60 million euro loss expected by a Refinitiv poll of analysts.

Revenue increased 392% to 550.3 million euros as passenger load factor more than doubled to 67.3%, the company said. It generated slightly higher revenue than the 534 million euros estimated by analysts polled by Refinitiv.

(Reporting by Michael Kahn in Prague; Editing by Kirsten Donovan and Jan Harvey) 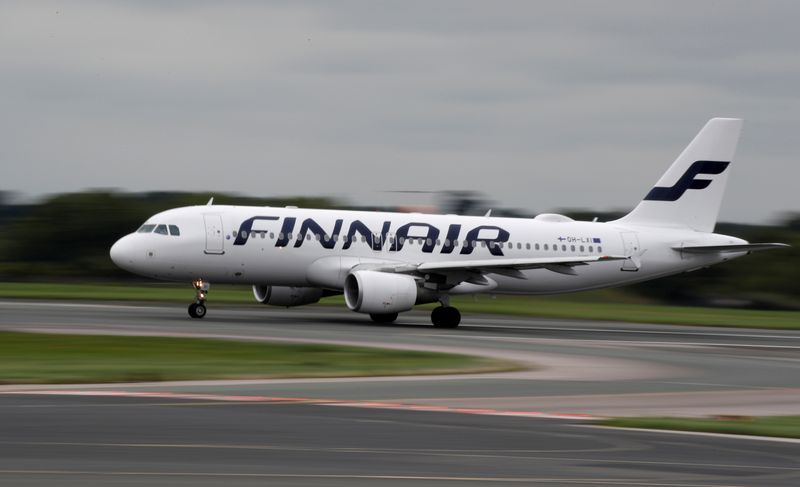