LOS ANGELES -Netflix Inc on Tuesday averted its own worst-case scenario of subscriber losses, posting a nearly 1 million drop from April through June, and predicted it would return to customer growth during the third quarter.

Shares, which have fallen roughly 67% this year on concerns about the company’s long-term prospects, rose 8% in after-hours trading following the results. Investors took the forecast as a signal that Netflix could still find new subscribers despite a rocky global economy and signs of saturation in its biggest market, the United States and Canada.

The world’s largest streaming service said it plans to launch its ad-supported option next year. It also warned that the strong dollar was hitting revenue booked from subscribers abroad.

The company had said in April it expected to lose 2 million customers in the second quarter, shocking Wall Street and raising concerns that the streaming TV boom had come to an abrupt end. The losses came in at about half that, at 970,000.

Netflix forecast customer additions for July through September to hit 1 million, while Wall Street analysts on average were expecting a forecast of 1.84 million, according to analysts polled by Refinitiv.

“The stock is up because (analyst) downgrades all made a big deal out of slowing growth,” Wedbush Securities analyst Michael Pachter said, noting that Netflix was cutting costs and expected free cash flow to grow substantially next year.

Shares of other streaming companies rose slightly after the Netflix report. Roku Inc stock gained 2.7% while Walt Disney Co and Paramount Global were each up about 1%.

After years of red-hot growth, Netflix’s fortunes changed as rivals including Disney, Warner Bros Discovery and Apple Inc invested heavily in their own streaming services.

Netflix lost 1.3 million customers in the United States and Canada in the second quarter, and 770,000 in Europe, the Middle East and Africa. That was offset by a gain of nearly 1.1 million members in the Asia/Pacific region.

In a letter to shareholders on Tuesday, Netflix said it had further examined the recent slowdown, which it attributed to a variety of factors including password-sharing, competition and a sluggish economy.

“Our challenge and opportunity is to accelerate our revenue and membership growth by continuing to improve our product, content and marketing as we’ve done for the last 25 years, and to better monetize our big audience,” the letter said.

One way the company plans to earn more from members is by limiting password-sharing. The company is testing two options in Latin America.

It also is working to build on the popularity of “Stranger Things” and seeking to turn some of its biggest successes into franchises.

Netflix remains the dominant streaming service with nearly 221 million global paid subscribers. Co-CEO Ted Sarandos said the company still sees room for “enormous” growth by attracting many of the billions of people worldwide who have yet to sign up.

“We have some headwinds right now, and we’re navigating through them,” Sarandos said.

For April through June, earnings per share came in at $3.20, ahead of the Wall Street consensus of $2.94.

Netflix said the strong U.S. dollar hit revenue, which grew 9% to $7.97 billion, below analyst estimates of $8.04 billion. Revenue would have increased by 13% without the foreign exchange impact, the company said.

Last week, Netflix announced Microsoft Corp as its technology and sales partner for the ad-supported offering.

(Reporting by Lisa Richwine in Los Angeles and Tiyashi Datta in BengaluruEditing by Peter Henderson, Matthew Lewis and Leslie Adler) 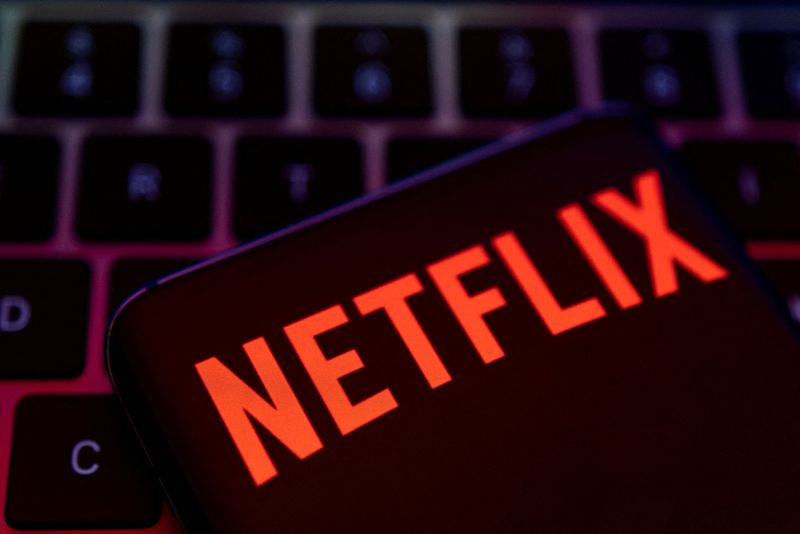 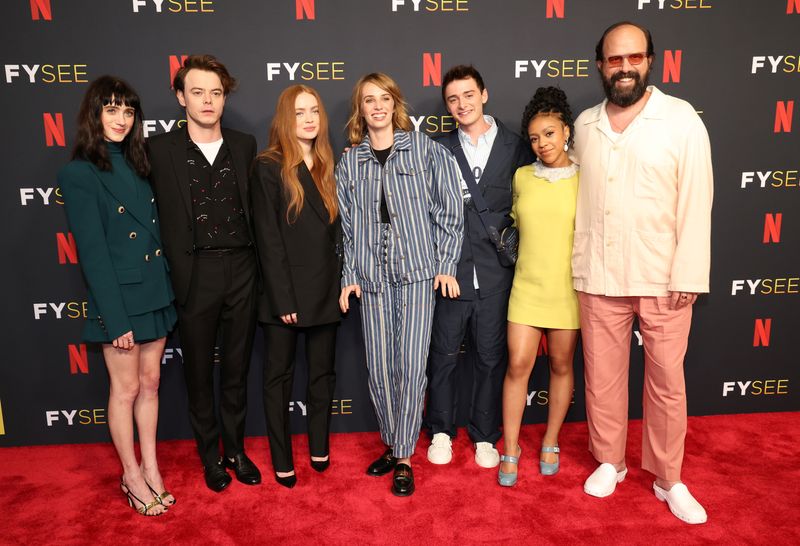