The bank is negotiating with donors to replenish its African Development Fund (ADF), a process that takes place every three years, President Akinwumi Adesina told Reuters.

In parallel, the bank also wants to raise up to $13 billion specifically to help poor African countries with climate finance, he said.

It is also considering using $25 billion of ADF equity to leverage up to $33 billion in the equity market to offer “additional sources” of finance for ADF countries, Adesina said.

“This will ensure sustainability of financing and profitability and viability of the ADF itself as an instrument,” he said in an interview on the sidelines of a US-Africa business summit in Marrakech, which began on Wednesday.

“The reaction of our donors to our proposal is very positive,” he added.

“We are a leveraging machine… we will use the SDRs to support the recapitalization of other African financial institutions,” he said.

So far, only the United Kingdom has promised to reallocate its SDRs to fund climate goals in Africa, he said.

“We just need to make sure we have another four or five more countries,” he said.

He urged debt relief and debt service suspension for fragile African economies hit by the pandemic and Russia’s war in Ukraine.

The continent “would need at least $424 billion this year alone” to recover from the fallout of the pandemic which weighed on the fiscal balances and undermined the credit rating of many African nations.

However, African gas exporting countries should benefit from higher energy prices to expand supplies to Europe “and to prioritise financing development of gas pipelines in Africa,” he said.

The bank has talked with Rabat about possible financing assistance for a pipeline that Morocco and Nigeria said in 2016 they wanted to build to take gas from West Africa to Europe.

A Moroccan official from state hydrocarbons agency ONHYM said in March that feasibility studies for the pipeline and passage deals were expected to be completed no earlier than 2027. 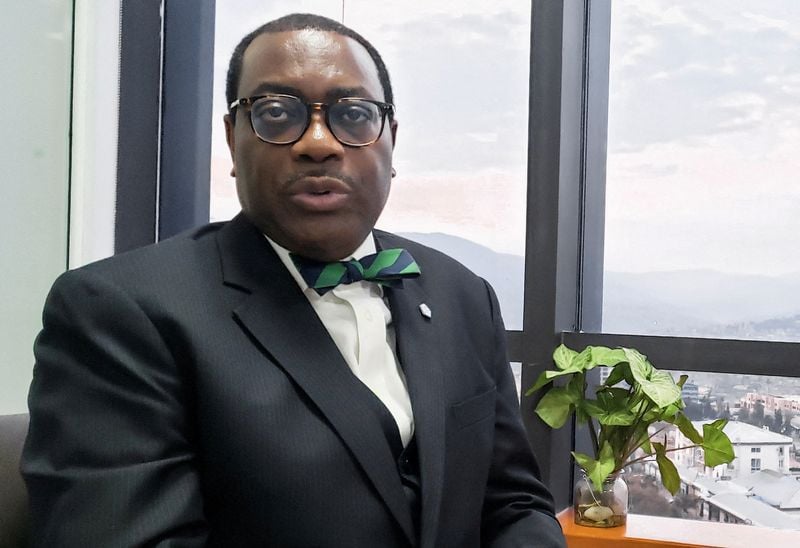