WASHINGTON -The U.S. State Department on Wednesday added dozens of current and former officials, lawmakers, judges and business people from Central America to a list that names those the U.S. government considers “corrupt and undemocratic” actors in the region.

Among the 60 people named were Salvadoran President Nayib Bukele’s press secretary and his legal adviser, two Guatemalan Supreme Court justices, a vice president of the Honduran congress and a number of former government ministers from across the region.

U.S. officials see tackling corruption in Central America as one of the keys to addressing the root causes of record illegal migration at the U.S.-Mexican border, which poses a political and humanitarian problem for President Joe Biden.

“These individuals, through their significant corruption, efforts to obstruct investigations into corruption, and undermining of democratic processes and institutions, weaken the ability of governments in the region to respond to the needs of their citizens, contributing to irregular migration and destabilizing societies,” U.S. Secretary of State Antony Blinken said in a statement.

Those named in the list, which the State Department is required by law to release annually, will have any U.S. visas revoked and will be unable to enter the United States.

Nicaraguans were added to the list for the first time following November’s elections in which Daniel Ortega, a former Marxist guerrilla, won a fourth consecutive term after jailing rivals and cracking down on critical media.

U.S. President Joe Biden dismissed the election as a sham and imposed sanctions on Nicaraguan officials.

The State Department named 23 judges and prosecutors it said “undermined democratic processes” for their alleged complicity in the imprisonment and prosecution of opposition figures.

Related News:   WILKIE: Remembering The Holocaust, And The American Soldiers Who Helped End It

The Biden administration is also looking to remove Nicaragua from the list of countries eligible for low-tariff shipments of sugar to the United States, the Wall Street Journal reported.

Bukele’s press secretary, Jose Ernesto Sanabria, was accused of “wielding the Presidency’s influence to inappropriately pressure officials in opposition political parties to resign on threat of being charged with criminal offenses.”

Others from El Salvador added to the list included Christian Reynaldo Guevara Guadron, a lawmaker and “chief of faction” for Bukele’s Nuevas Ideas party.

Guevara poked fun at the announcement later in the day, tweeting, “Does any brother of the diaspora want to send me the deals from Ross or Marshall(s)?”

Bukele has drawn international criticism, including from the United States, for what many see as democratic backsliding. He declared a state of emergency in March in what he portrayed as an effort to rein in a spike in homicides, suspending some constitutional protections.

Among the Guatemalans listed were the chief of the public ministry’s Office of the Special Prosecutor Against Impunity, a former minister of communications and several businessmen.

Among the prominent Hondurans named was Enrique Alberto Flores Lanza, minister of the presidency from 2006 to 2009. The State Department alleged he “engaged in significant corruption by receiving $2 million in public money from the Honduran Central Bank and improperly redistributing it to political allies.”

In a statement released Wednesday evening, the Honduran government said it “categorically rejected” the move and that the list was politically motivated.

(Reporting by Matt Spetalnick in Washington; Additional reporting by Gustavo Palencia in Tegucigalpa and Nelson Renteria in San Salvador; Writing by Kylie Madry; Editing by Alistair Bell and Matthew Lewis) 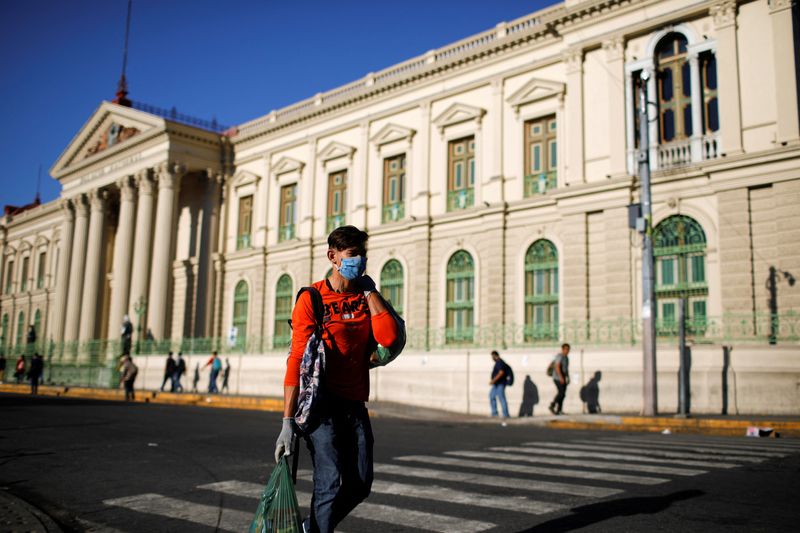