“The time is absolutely amazing and the sport is getting faster and faster,” said McLaughlin, who won 4x400m world relay gold in Doha. “Just figuring out what barriers can be broken. I only get faster from here.”

Miller-Uibo cruised to 400m gold in 49.11 seconds to win her first world title, adding to her two Olympic gold medals from 2016 and 2020 over the distance.

In the men’s event, Norman made up for a disappointing fifth-placed finish in Tokyo by winning gold in Eugene, charging to victory in 44.29 seconds for his first world crown.

“Last year was not a good year for me so I had to do a lot of hard work just to get back to where I was,” Norman said. “This moment is going to be remembered forever.”

Tokyo bronze medallist Kelsey-Lee Barber joined 400m runner Cathy Freeman as the only Australians to retain a world athletics title after defending her javelin crown with a world-leading throw of 66.91m.

Allyson Felix postponed her retirement plans after being called up for Saturday’s 4x400m relay preliminaries, having brought the curtain down on her glittering career last week.

Katarzyna Zdzieblo of Poland and China’s Qieyang Shijie also mirrored their results from the 20km race walk by finishing second and third.

(Reporting by Hritika Sharma in Hyderabad; Editing by Peter Rutherford) 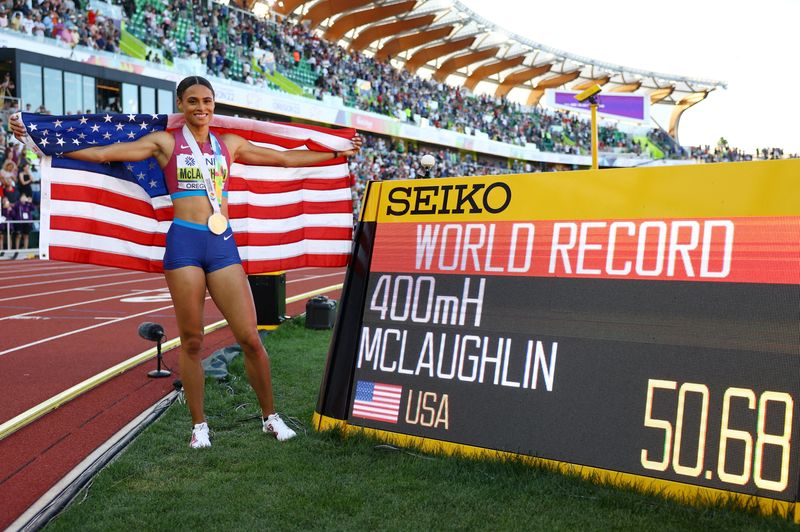 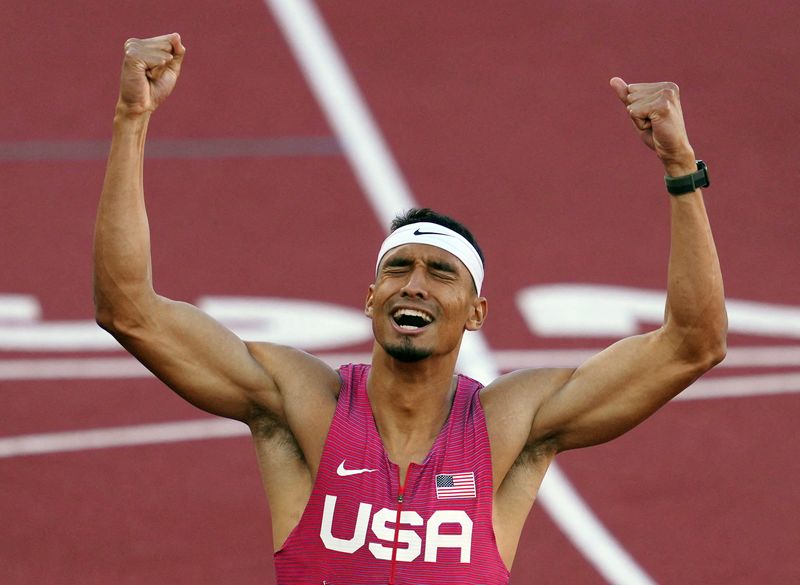 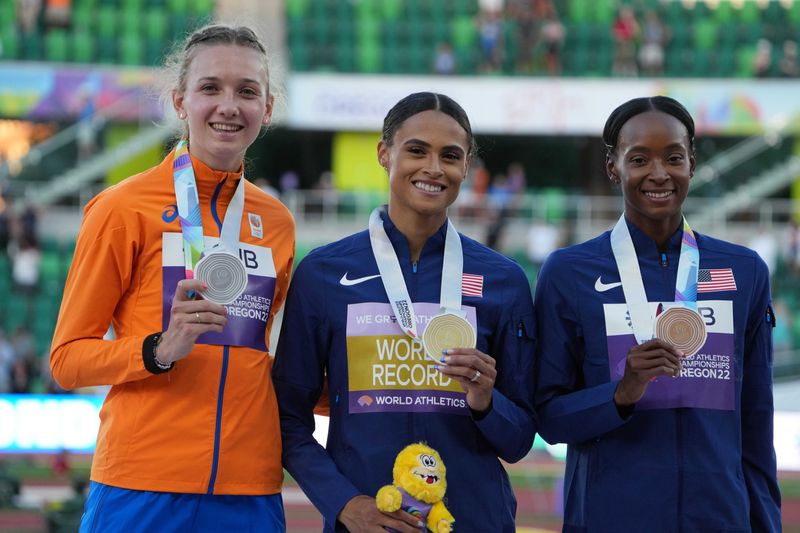 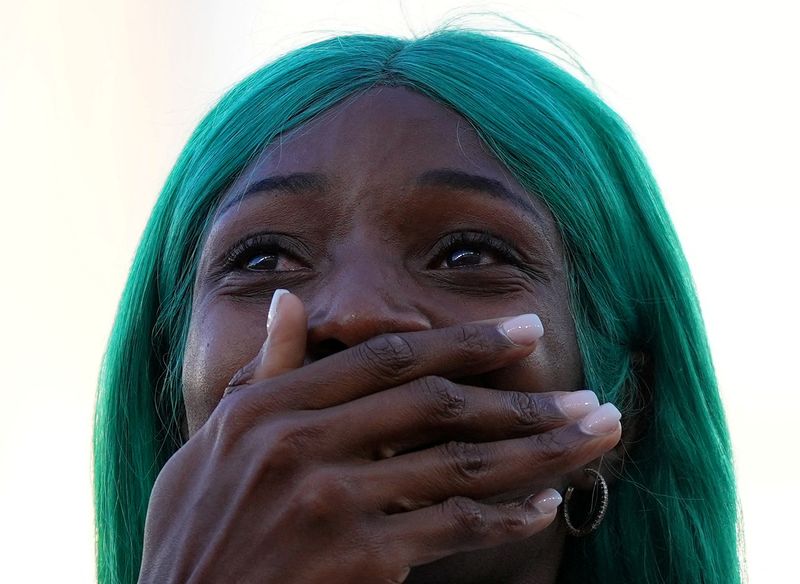 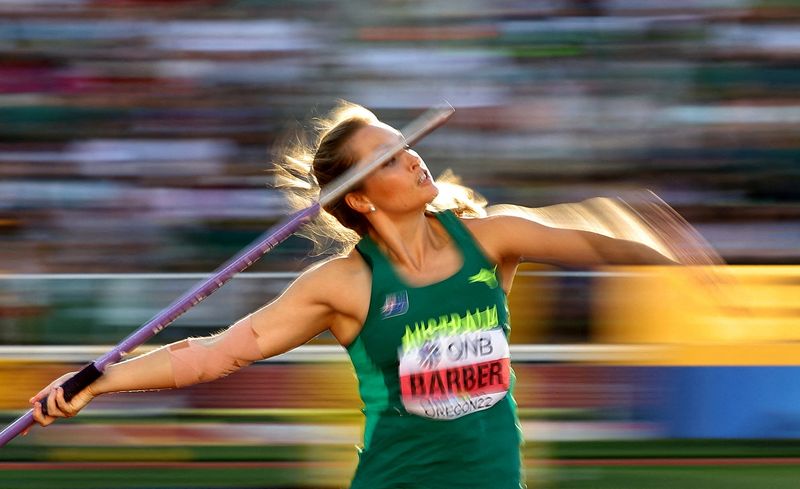 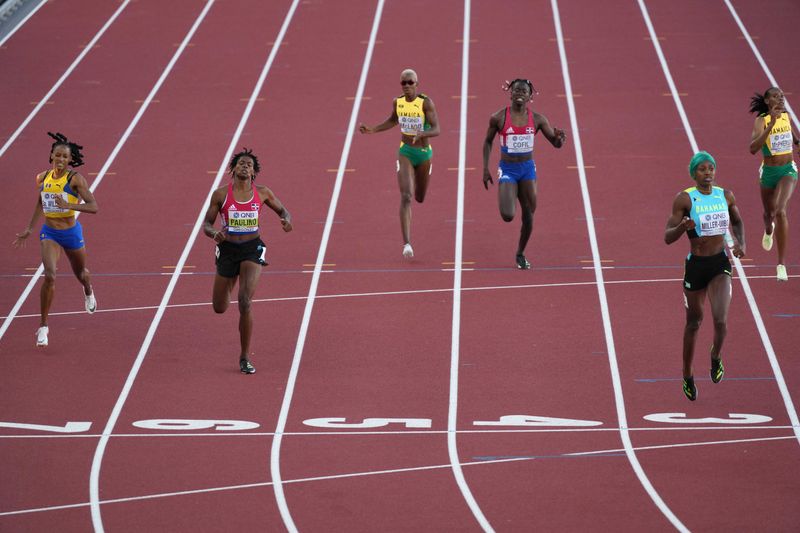 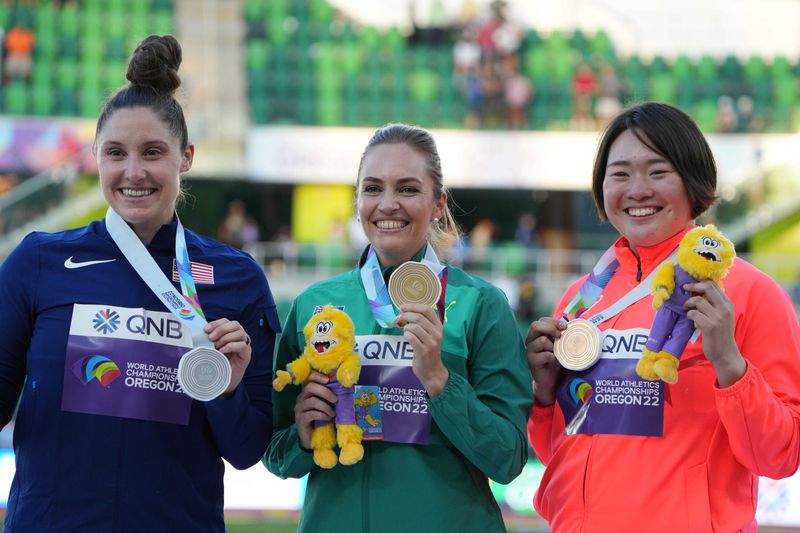