JAKARTA – Indonesia’s central bank said a plan to sell billions of dollars worth of bonds bought during the pandemic would be conducted carefully, after analysts warned the move could spark debt outflows and complicate an agreement with fiscal authorities.

Bank Indonesia (BI) Governor Perry Warjiyo told an investor conference call on Thursday that BI had sold around 1.1 trillion rupiah ($73.41 million) of bonds early last week and aimed to sell about 70 trillion rupiah of bonds with maturities of five years and below. He did not provide a time frame.

Deputy Governor Dody Budi Waluyo told Reuters on Friday the decision should be seen as “a stronger signal” that BI wanted to mitigate inflation and exchange rate risks, even as it held off lifting interest rates from pandemic-era levels – which has made it among the world’s least hawkish central banks.

“BI of course will ensure that liquidity in the economy remains adequate to support the economic recovery and we have done a careful calculation,” he said in a phone message, adding the amount of bonds offloaded will depend on market dynamics.

BI was holding 1,263.27 trillion rupiah ($84.30 billion) of bonds as of July 20, up from 273.21 trillion rupiah at the end of 2019, after launching quantitative easing to help support the pandemic-hit economy, government data showed.

Nomura analysts said a big bond sale could be “a double-edged sword” for Indonesia’s debt market, amid weak investment appetite for emerging markets and declining demand from local banks as domestic loan growth picks up.

Further complicating the plan, BI still has an outstanding agreement with the finance ministry to buy 224 trillion rupiah of bonds that carry low interest rates this year.

Demand at government bond auctions has been weak in the past few months and, if it falls further, BI may be forced to buy more bonds this year in its capacity as standby buyer, instead of selling, Mandiri’s Yunianto said.

Officials at the finance ministry’s debt office did not respond to a request for comment. Finance Minister Sri Mulyani Indrawati has said Indonesia will try to cut its bond issuance target to navigate the global trend of higher interest rates.

During the pandemic, BI cut its key policy rate by a total of 150 basis points (bps) to 3.5% on top of its quantitative easing.

Complementing the bond sale, BI has said it would also raise money market interest rates, a move that some analysts see as a precursor to a policy rate hike. 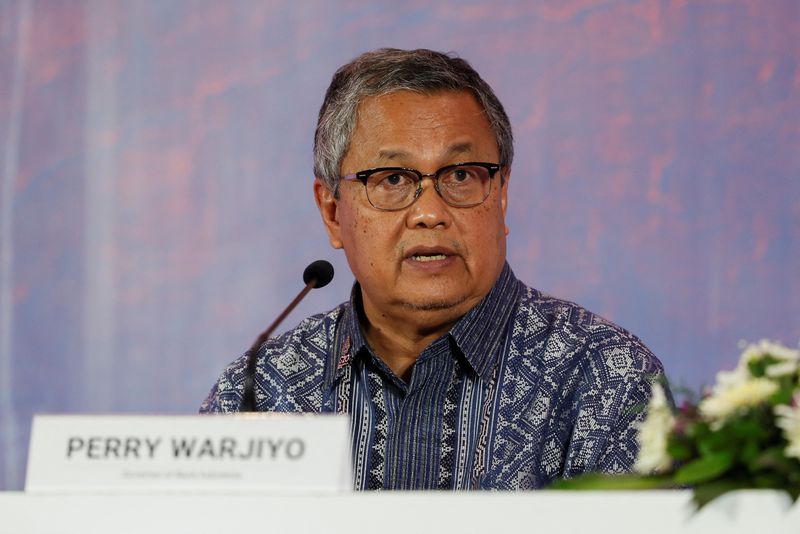