TAIPEI – Taiwan’s trade-reliant economy is expected to have expanded on the back of strong global demand for computer chips, though COVID-19 lockdowns in top export market China and a surge in domestic infections could drag on demand, a Reuters poll showed.

Gross domestic product (GDP) likely grew 3.1% in April-June versus a year earlier, the poll of 24 economists shows, after it expanded 3.14% year-on-year in the first quarter.

Policymakers have said they expect full-year 2022 growth of less than 4%, downgrading it from previous forecasts of more than 4% and slower than the 6.45% logged for 2021. That was the fastest rate in over a decade since it expanded 10.25% in 2010.

Economists’ forecasts for preliminary GDP data due on Friday varied widely from growth of 1.4% to as high as 4.4%.

“Investment should be the key growth driver in 2Q, thanks to the still strong capital spending among the leading semiconductor firms,” said analysts at DBS bank.

Demand for Taiwanese goods has been hit by COVID-19 lockdowns in China, while domestic consumption has taken a hit from a surge in local cases, though infections are now waning and Taiwan has never fully locked down.

As a key hub in the global technology supply chain for giants such as Apple Inc, Taiwan’s economy has outperformed many of its regional peers.

A global shortage of semiconductors has swelled order books for Taiwanese chipmakers such as Taiwan Semiconductor Manufacturing Co Ltd (TSMC).

The economy in China, Taiwan’s largest trading partner, grew a tepid 0.4% in the second quarter, highlighting the colossal toll on activity from widespread COVID-19 lockdowns. 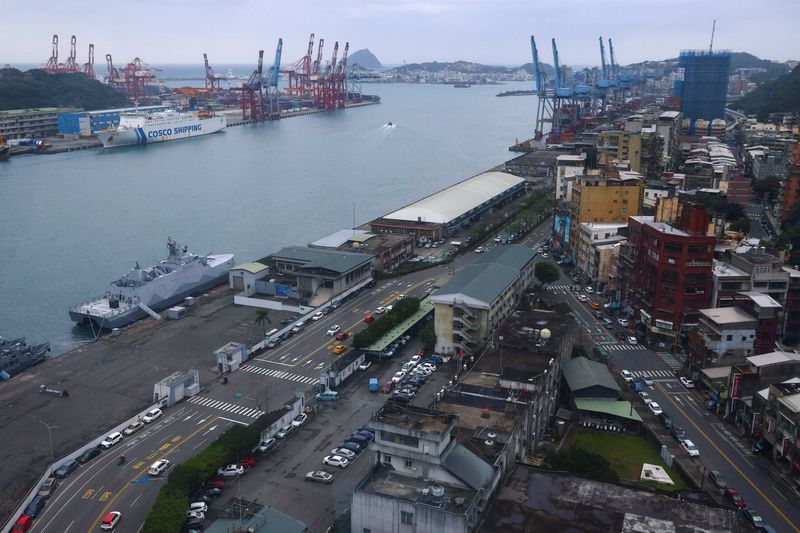