By Saikat Chatterjee and Gertrude Chavez-Dreyfuss

The January fed funds implied rate was also about 20 basis points lower than the start of last week.

Investors widely expect the Fed to raise interest rates by another 75 basis points when it concludes a two-day policy meeting on Wednesday. The September and November meetings, however, showed more than an even chance of moderate 50 basis-point hikes, the futures showed.

“There’s a real risk that the market is not taking seriously the threat of inflation and (Fed Chair Jerome) Powell’s commitment to fighting inflation,” said Dan Belton, fixed income strategist, at BMO Capital Markets in Chicago.

“The only time we will see cuts to policy rates is if inflation declines dramatically. From 9.1% in the (annual) CPI rate to the Fed inflation target of 2%, there’s a long way to go,” he added.

The annual U.S. inflation rate hit a more that 40-year peak in June, data showed, prompting rates futures traders to briefly price in a 100-bps hike for the July meeting.

PIMCO’s North American economist Tiffany Wilding believes that while U.S. central bank officials such as Fed Governor Christopher Waller and St. Louis Fed President James Bullard have downplayed the chances of a 100-bps hike, she believes that the chances “are closer to 50/50.”

“While there is good deal of uncertainty around the exact level of the fed funds rate that is consistent with neutral policy (policy is neither restrictive or accommodative), what is clear is the current level is still accommodative, and that is increasingly out of sync with economic fundamentals, including the elevated level of inflation,” she wrote in a research note.

She added that the Fed will ultimately “want to realign policy as quickly as possible,” which argues for a 100-bps hike to bring the policy rate to just above 2.5%, the Fed’s estimate of the long-run neutral rate

A scaling back in market bets on when U.S. rates will peak follows weak business activity data on Friday that has raised the specter of recession.

The pullback in U.S. rate forecasts is also in line with the decline in inflation expectations. U S. breakeven inflation rates, bond market gauges of investor expectations on the pace of the rise in prices, have declined overall across the curve, from one-year to 30-year maturities since the Fed’s June meeting.

U.S. Treasury Secretary Janet Yellen said on Sunday a recession is not inevitable but most economic data has been pointing the other way, including last week’s dismal PMI readings in the United States and Europe.

(Reporting by Saikat Chatterjee in London and Gertrude Chavez-Dreyfuss in New York; Editing by Dhara Ranasinghe and Cynthia Osterman) 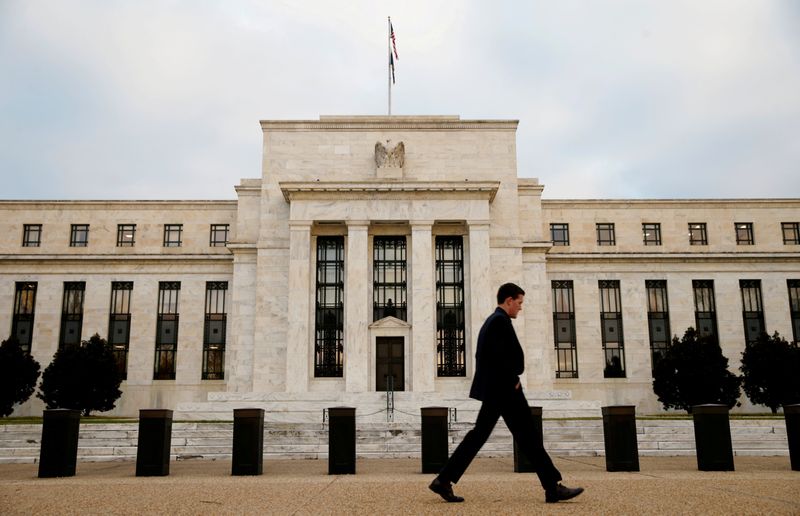