MOSCOW -The Kremlin said on Tuesday that a gas turbine for Nord Stream 1, Russia’s biggest gas pipeline to Europe, had not yet arrived after maintenance in Canada and that a second turbine was showing defects.

The European Union has repeatedly accused Russia of resorting to energy blackmail but the Kremlin says shortfalls in supply have been caused by maintenance issues and the impact of Western sanctions.

Kremlin spokesman Dmitry Peskov said that the sanctions against Russia had critically complicated the work of Nord Stream 1, which is reducing gas supplies to Europe to just 20% of its capacity amid maintenance.

State-controlled gas giant Gazprom has said flows would fall to 33 million cubic metres per day, a fifth of the normal capacity, from Wednesday because it needed to halt the operation of a Siemens gas turbine at a compressor station on instructions from an industry watchdog.

This would halve the current, already reduced, level.

Turbines at the Baltic Sea Portovaya compressor station, which has eight compressors each with at least one turbine, push the gas through the 1,224 km pipeline under the sea to Germany, according to the Oxford Institute for Energy Studies.

“The removal of gas turbines from the compressor station site to carry out routine maintenance is unusual; the systems are usually designed so that any necessary work can be carried out on site,” the institute said in a research note.

“However, the reason for sending the gas turbine to Canada, where it was reportedly manufactured, may have been that it needed major repairs and/or was due a major overhaul. It is unclear whether any of the other turbines will need to be sent to Canada for any repairs or major overhaul.”

Russia expects the first turbine, serviced by Siemens Energy, to arrive from Canada after maintenance.

“Yes, indeed, there are some defects with the turbines. The turbine has not arrived after a major maintenance, it’s on its way. We hope that it will happen… sooner rather than later,” Peskov said.

“The situation is critically complicated by the restrictions and sanctions, which had been imposed against our country,” Peskov said, adding that Nord Stream 1 would have worked normally without the sanctions.

Peskov added that a second turbine also had some defects, referring to the equipment which Gazprom is expected to stop on Wednesday.

Russian Foreign Minister Sergei Lavrov, speaking during a visit to Uganda, also said on Tuesday that Gazprom will have to switch off that turbine at the Portovaya compressor station of Nord Stream 1 due to security reasons. He did not clarify what he meant.

Russia has repeatedly cautioned that European customers will face serious price rises if the European Union goes ahead with plans to reduce reliance on Russia’s vast energy resources.

Russia is the world’s second largest oil exporter after Saudi Arabia and the world’s largest exporter of natural gas. Europe imports about 40% its gas and 30% of its oil from Russia, a point keenly emphasised by some Russian officials.

“Nobody has cancelled winter, and alternative supplies of gas, oil and coal are expensive or simply unrealistic,” said Medvedev, who once served as chairman of Gazprom’s board.

Lavrov said that Moscow had still not received a proper explanation about the status of the first turbine from the Nord Stream 1 gas pipeline that was serviced by Siemens Energy in Canada.

“No one can clearly explain to us in the documents, what the status is now, firstly, of this turbine, and other turbines that must undergo routine maintenance in Canada,” Lavrov said.

Gazprom said on Monday it had received documentation on the turbine but some issues and risks remained.

The German company has said it saw no link between the turbine issue and the gas cuts implemented or announced by Gazprom.

(Reporting by Reuters; editing by Guy Faulconbridge and Susan Fenton) 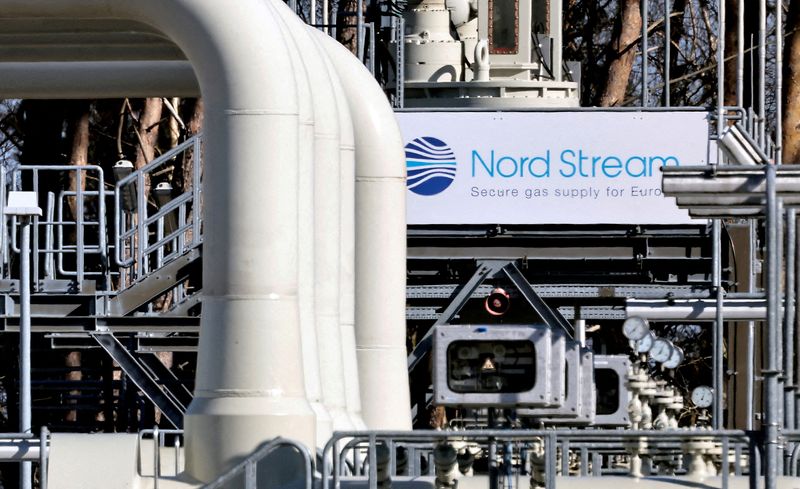