MADRID – Spain raised its inflation forecasts for 2022 and 2023 and lowered its economic growth target for 2023, Economy Minister Nadia Calvino said on Tuesday, citing the war in Ukraine for its continued negative impact on European economies.

Driven by rising energy and food prices, annual inflation in Spain surpassed 10% for the first time in 37 years in June, forcing the government to raise its expectations for consumer prices.

“The war is having major economic and social effects. All governments are revising growth forecasts downwards and inflation forecasts upwards,” Calvino said.

Spain maintained its growth target for 2022 at 4.3%, partially helped by a strong tourist season leading to “strong GDP expansion” in the second quarter, she said.

The country’s statistics institute is due to release second quarter GDP growth later this week.

The downgrade came on the same day the International Monetary Fund revised its growth forecast for Spain down to 4% in 2022 from 4.8%. The IMF expects 2% growth in 2023.

The government also maintained its budget deficit targets for this year at 5% of GDP and 3.9% for 2023, Budget Minister Maria Jesus Montero said, as the fiscal straightjacket rules that set a 3% budget gap limit on EU member countries remain suspended. Spain expects a 3% budget deficit in 2025, she added.

The spending ceiling will be a record 198 billion euros in 2023, slightly more than this year, Montero said. 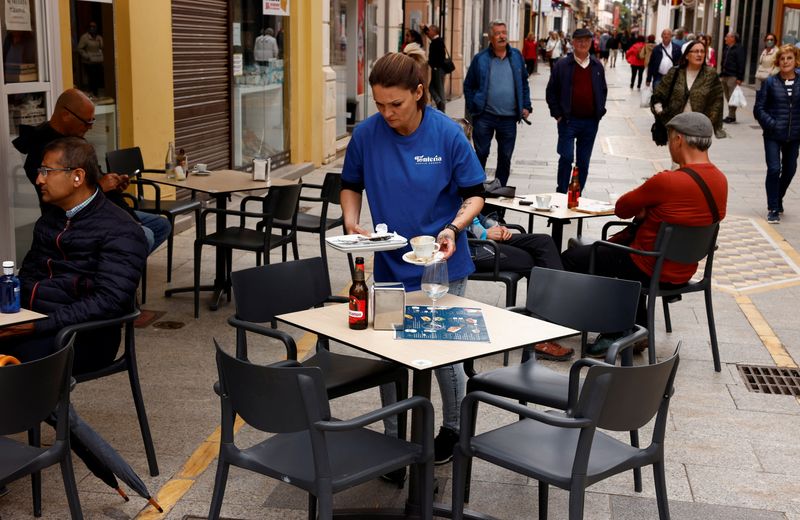