By Lisa Baertlein and Aishwarya Nair

(Reuters) – United Parcel Service on Tuesday said it will not lift the number of packages it delivers for Amazon.com, its biggest customer, as it focuses on shipments with the highest financial returns.

The world’s biggest package delivery firm has bolstered profits by raising prices for e-commerce shipments that boomed after COVID-19 infections spread around the globe.

UPS reported better-than-expected quarterly profit on Tuesday, but shares were down 3.3% to $181.66 at midday as some investors worried that softening e-commerce delivery demand could derail future price increases.

Atlanta-based UPS said volume in its core domestic unit fell 4% during the second quarter. That was partly due to the company’s decision to enforce its maximum package volume agreement with Amazon, Chief Executive Carol Tome’ said.

In 2013, Amazon swamped UPS with unexpected Christmas packages, spawning a cascade of delays that outraged customers. Soon after, Amazon launched its own delivery business.

While that service is growing fast and could eventually compete head-to-head with UPS, Amazon still depends on UPS to deliver millions of packages to homes.

Meanwhile, UPS is racing to revive the business-to-business shipments that were its bread and butter before the pandemic. It has made slow progress on that front because corporations have reeled in spending and workers are reluctant to return en masse to office buildings.

On Tuesday, UPS reported second-quarter adjusted earnings of $3.29 per share on revenue of $24.76 billion. Company-wide volume fell 4.8% to 23.07 million packages per day, but revenue per package jumped 11.9% helped by price hikes and fuel surcharges.

At the same time, soaring costs for rent, fuel and food started biting into their disposable income.

“Volumes are down as there is a shift from goods to services so investors are concerned that (UPS) pricing will slip,” Cowen analyst Helane Becker said 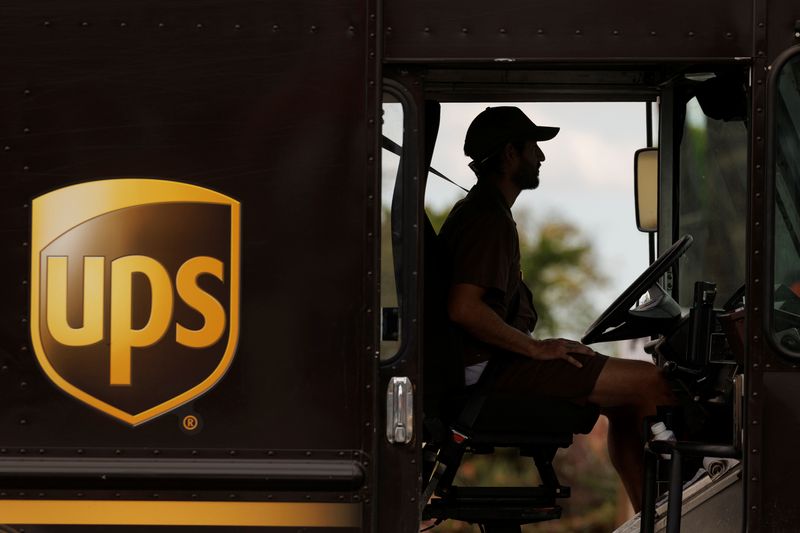