By Selena Li and Samuel Shen

HONG KONG/SHANGHAI – UBS Group AG plans to set up a wholly owned mutual fund business in China, two people with direct knowledge of the matter told Reuters, as the Swiss bank seeks to expand its footprint in the country’s $3.9 trillion retail fund market.

UBS aims to launch the China fund unit in about two years, the people said. The bank’s asset management arm began hiring key personnel in recent months for the planned business, including a head of the company, one of them said.

Strong impetus for the endeavour comes from the top. Ralph Hamers, UBS chief executive since November 2020, is willing to make new bets in China partly due to a success there enjoyed by the bank he previously ran, ING, said the second source.

The new activity will expand a UBS presence in China that already includes a mutual fund joint venture and a private fund business.

It comes amid intensifying competition in the mutual fund industry in the world’s second-largest economy, heightened by the scrapping of foreign ownership caps two years ago.

BlackRock Inc launched a wholly owned mutual fund unit in China in June 2021. Global rivals, including Fidelity International and Schroders, are in the process of doing the same.

Morgan Stanley and JPMorgan are moving towards full control of their existing China fund joint ventures.

UBS kicked off work late last year to set up the new fund unit after failed attempts to buy full ownership of its China mutual fund joint venture and after the stalling of talks to form a joint asset management business with China Life, the sources said.

Both the sources declined to be named as they were not authorised to speak to the media on the subject.

UBS and UBS SDIC declined to comment. SDIC Taikang did not respond to a Reuters request for comment.

Western banks have not reined in expansion plans in China despite growing economic headwinds that are resisting their global earnings growth and forcing them to cut costs. The banks remain focused on long-term growth opportunities in the country.

UBS on Tuesday posted a smaller-than-expected quarterly profit due to turmoil in financial markets, with some analysts predicting the bank would see harsh conditions in the second half.

It has been scouting for new growth opportunities in China since its joint venture talks with China Life stalled, the sources said.

UBS and China Life began negotiations in late 2020 to jointly form a business to sell wealth management products to retail investors. The wholly owned fund unit UBS plans to set up now is different in that it will sell mutual fund products.

UBS initiated a feasibility study for setting up a local fund unit in early 2020 – before Hamers became Global CEO – but the idea was rejected at the time due to concerns about making fresh big investments and the long wait for profits, said the second source.

With support from Hamers for the new project, however, “this time it is different,” said the source.

Significantly, Hamers had seen ING do well in China by deepening its partnership with Bank of Beijing. The Dutch bank is now the biggest shareholder of the Chinese lender. ($1 = 6.7662 Chinese yuan renminbi)

(Reporting by Selena Li in Hong Kong and Samuel Shen in Shanghai; Editing by Sumeet Chatterjee and Bradley Perrett) 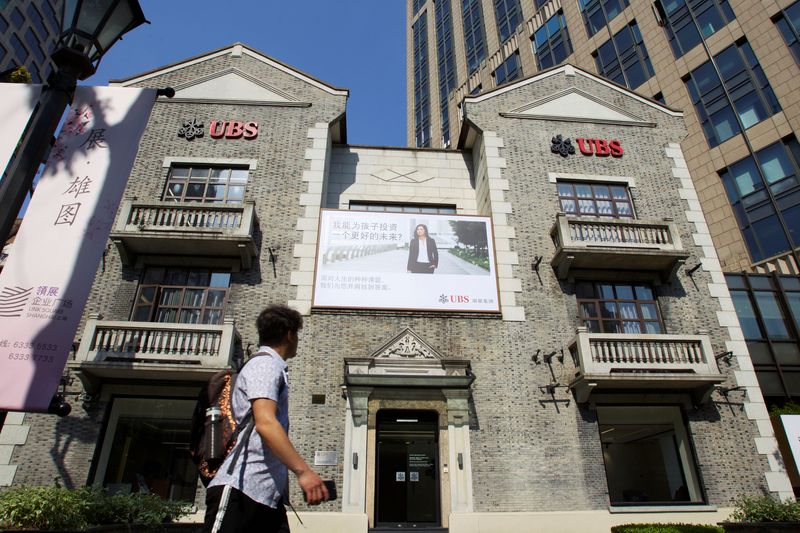