WASHINGTON -The Federal Reserve lacks adequate systems to counter a “malign” effort by China to gather inside information on the U.S. economy and monetary policy, according to a report that was prepared by Republican staff of the Senate Homeland Security Committee.

Fed Chair Jerome Powell promptly rejected the report, which was released on Tuesday, in a letter to outgoing Sen. Rob Portman, the ranking Republican on the committee.

“Because we understand that some actors aim to exploit any vulnerabilities, our processes, controls and technology are robust and updated regularly,” Powell wrote. “We respectfully reject any suggestions to the contrary.”

On Wednesday, a Chinese foreign ministry spokesman branded the report “a political lie with no basis in fact.”

The report’s content relied heavily on information provided by the U.S. central bank itself, dating back to a 2015 internal probe of what came to be known as the “P-Network” – a group of 13 people at eight regional Fed banks whose patterns of “foreign travel, emails, details in curricula vitae, and academic backgrounds” raised concerns.

The Fed’s Washington-based Board of Governors and 12 quasi-independent regional banks employ thousands of economists, including many from other countries, China among them. That collaborative approach, the committee report agreed, enhances the Fed’s ability to understand the economy and make policy.

The incidents cited in the document, rather than intellectual collaboration, pointed to “a sustained effort by China, over more than a decade, to gain influence over the Federal Reserve,” according to the report.

It is unclear what came of it. The committee report provided detailed case studies of five individuals, four of whom continue as Fed employees, and said that, despite their connections with Chinese officials and universities, the Fed found no instances where information had been shared in violation of policies.

Powell wrote that he had “strong concerns about assertions and implications in the report,” and detailed the background checks Fed staff undergo, and the technology used to prevent security breaches.

“We would be concerned about any supportable allegation of wrongdoing, whatever the source,” Powell wrote. “In contrast, we are deeply troubled by what we believe to be the report’s unfair, unsubstantiated, and unverified insinuations about particular individual staff members.”

Chinese foreign ministry spokesperson Zhao Lijian said that the report was “maliciously concocted by a handful of Republican lawmakers and is a political lie with no basis in fact.”

“I am afraid that some US politicians are suffering from China-phobia and persecution paranoia, and they seem to be quite ill,” Zhao said during a regular briefing.

The activities discussed in the document raised red flags, at least several years ago, inside the Fed, according to the report. U.S. central bank officials often talk about the cyber-security risks they and all financial institutions face, but have not talked about being the target of human intelligence gathering.

Some staffers had kept in touch, for example, with a former regional Fed employee, identified only as “Z,” who had ties to a Chinese “talent recruitment program” used by the Communist Party of China to develop sources inside U.S. technical institutions, the report said. The recruitment programs, including the “Thousand Talents Program,” were highlighted in a prior Senate report as a key way China uses research grants, academic lecture positions, and other perks to try to learn about and export U.S. intellectual property.

In this instance, the situation led Fed officials to worry “that there were organized efforts by foreign governments … to solicit Federal Reserve researchers,” the report said.

One of the employees involved, the report added, “attempted to transfer large volumes of data” to an external computer, though a committee aide said it is not clear if the effort succeeded or what data was involved.

One Fed staffer “provided modeling code to a Chinese university with ties to” China’s central bank, the report said, though again there was no detail on the nature of the code or whether its distribution was restricted. Powell in his letter noted the Fed’s “most important economic models” are in the public domain, available for download from the Fed’s Web site “so that people can engage with us and these models.”

In perhaps the bluntest incident, “a senior official at a Federal Reserve Bank” was in 2019 “forcibly detained” by Chinese officials during a trip to the country and told under threat of imprisonment that he “must cooperate … and share sensitive, non-public economic data.”

The staffer reported the incident to the Fed, who reported it to the State Department and the FBI, the report stated.

Still, the report argued the Fed should strengthen its counter-intelligence efforts and work more closely with agencies like the FBI. 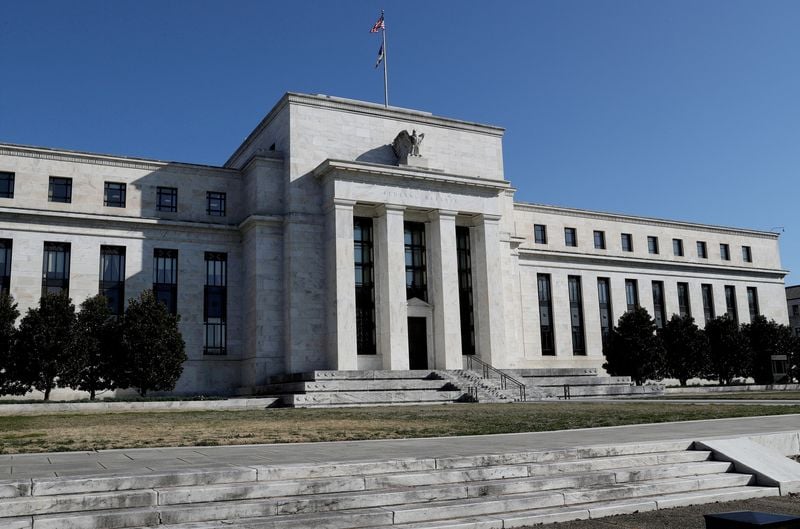