MOSCOW – As Russian banks contend with foreign currency and payment headaches, the central bank is determined to redistribute funding and risks across the sector to safeguard those lenders against which the West has imposed restrictions, an official was quoted saying.

The West imposed unprecedented measures against Russia’s banking sector after Moscow sent tens of thousands of troops into Ukraine on Feb. 24, blocking major banks from the SWIFT global payments system and limiting their ability to operate with foreign currencies.

Resolving issues around external payments and setting up new correspondent relationships are among the most acute problems for the sector, Alexander Danilov, director of the central bank’s banking regulation and analytics department, told Russian magazine Expert.

“Foreign currency risks are also very significant at the moment,” he said.

“It is not just about open foreign currency positions, but also that foreign currency funds in correspondent accounts in American and European banks could become a target for new sanctions,” the magazine quoted Danilov saying on Wednesday.

The volume of corporate loans in foreign currency fell by $2.5 billion in Russia in June, the bank said this week.

“We think it is important to avoid splitting the banking system into two isolated clusters – sanctioned and non-sanctioned banks – so that all participants can fully finance the economy,” Danilov said.

The central bank would develop special mechanisms to redistribute funding and credit risks, through syndication and securitisation, for example, Danilov added.

He said there would likely be an increase in credit risks for banks in the medium term, with data on restructuring showing that borrowers were already facing difficulties.

“Although banks entered the current crisis with large reserves, some may need additional capitalisation,” Danilov said, with that process aimed at supporting lending potential, as well as solving problems. 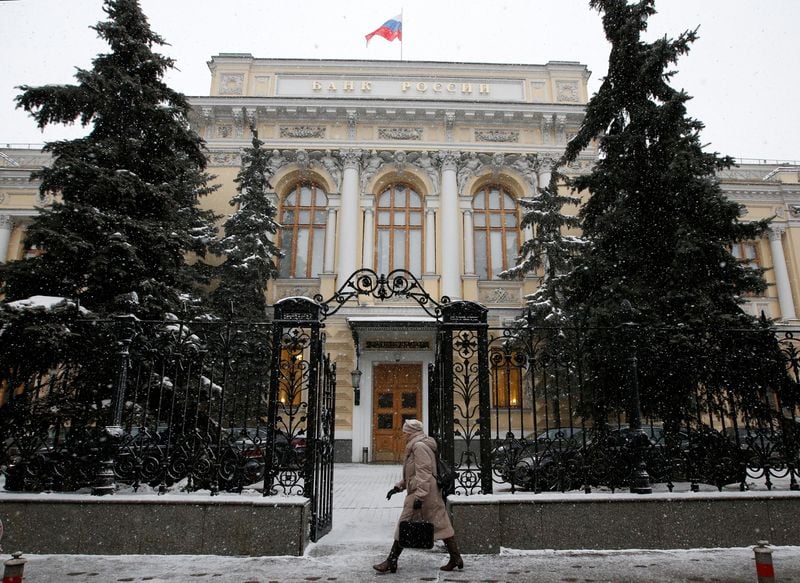