LONDON – Barclays’ profit was dented by a 1.9 billion pound ($2.3 billion) hit for regulatory missteps, including having to buy back billions of dollars of securities the bank sold in error, overshadowing an otherwise solid performance.

The British lender on Thursday reported pretax profit of 3.7 billion pounds for the first six months of the year, down from 4.9 billion pounds in the same period last year and just below analysts’ forecasts.

The decline was driven by a 1.3 billion pound charge in the second quarter to cover the costs of buying back $17.6 billion of securities it sold in breach of U.S. regulations.

That was mitigated by a 758 million pound gain made on a hedge placed by Barclays against losses arising from the error, the bank said, adding that the net hit to its financials was 580 million pounds in the quarter.

Barclays was hit by 1.9 billion pounds of litigation and conduct charges over the first half as a whole, which also included $200 million of estimated costs to settle a U.S. regulatory investigation into non-compliant use of messaging groups – part of a wider industry probe.

The provisions show how conduct errors have blighted an otherwise largely strong performance by the bank in CEO C.S. Venkatakrishnan’s first year in office.

“The strength which business and geographical diversity gives to Barclays are still much in evidence, although the U.S. securities error and the further provision have muddied the waters,” said Richard Hunter, head of markets at interactive investor.

Despite all the regulatory costs the bank said it would pay out a dividend of 2.25 pence per share and launch a buyback of 500 million pounds.

Barclays is on track to hit its target of a better than 10% return on tangible equity for 2022, Barclays executives told investors on a conference call, with growing revenues from its consumer and cards business driving the improved performance.

Barclays’ shares nonetheless fell 3.6% by 1135 GMT, as investors looked past the bank’s otherwise resilient banking performance to the litany of fines and costs from its errors.

Barclays’ investment bank performed strongly, with income up 35% in the second quarter where most rivals saw sharp declines.

Within that division, the fixed income, currencies and commodities business (FICC) reported income up 71% in the period due to higher levels of activity as clients traded in volatile markets.

Equities income rose by 82%, bolstered by the 758 million pound gain from the hedge the bank put in place against the costs of buying back the over-issued securities.

Income from banking advisory fees decreased 37% in the quarter as the flow of deals collapsed amid market uncertainty caused by the Ukraine war and sharply rising interest rates.

The 35% increase in overall investment bank revenues showed the bank performing more strongly than European rivals such as UBS, which had a 14% fall in income from same business.

Barclays investment bank’s gains in revenue in equities and FICC also outpaced those at U.S. rivals, such as Morgan Stanley, where equity revenues were up 5% in the quarter and FICC up 49%. 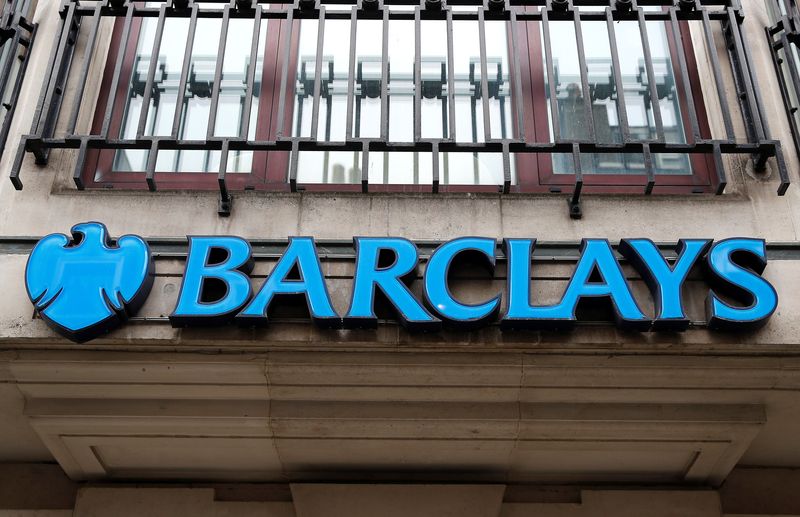