LONDON -Egypt’s outlawed Muslim Brotherhood will not launch a new struggle for power with authorities which toppled it from government nine years ago, even though the movement still claims wide support, its acting leader said.

The once formidable Islamist movement won Egypt’s first free presidential election in 2012, but was overthrown by the military a year later after mass protests against its rule and has endured a fierce crackdown by authorities since then.

Many of its leaders and thousands of its supporters are in jail or have fled Egypt, and the group has been excluded from a political dialogue to be launched soon by President Abdel Fattah al-Sisi, who as the army chief deposed the Brotherhood in 2013.

Cairo has designated the Brotherhood a terrorist organisation, but acting leader Ibrahim Munir reiterated the group’s long-standing rejection of violence.

He also appeared to rule out challenging for power through the ballot box – something the group is unable to do directly while it remains banned in Egypt, although it did field independent candidates in parliamentary elections in the past.

“We completely reject (violence) and we consider it outside the ideology of the Muslim Brotherhood – not only the use of violence and arms, but to have a struggle for power in Egypt in any form,” Munir told Reuters in an interview.

“We reject the struggle for power even if between political parties through elections organised by the state. This is totally rejected by us.”

Munir, 85, who was twice jailed in Egypt in the 1950s and 1960s and has lived in exile for most of the last 40 years, said the Brotherhood had survived difficult times before but was now experiencing the toughest period since it was founded more than 90 years ago.

He said it was not clear how many Brotherhood supporters were in jail in Egypt, though he cited some estimates that put the numbers around 5,000 and 6,000. A Brotherhood official later said Munir meant to say 50,000 or 60,000. Many prisoners, Munir added, had also had their money confiscated.

Egypt’s state press centre did not respond to a request for comment. Officials deny holding political prisoners and say that security measures taken against the Brotherhood were necessary to stabilise the country.

“Definitely this time is tougher than previous times and previous ordeals,” Munir said.

Munir himself took the mantle of acting leader two years ago because the Brotherhood’s general guide, or leader, has been in jail since the group lost power in 2013 and his initial successor was then detained in 2020.

Munir acknowledged that the Brotherhood had experienced internal division over how to respond to the crisis, and that a new leader would be chosen “when the situation stabilises”.

Compounding the Brotherhood’s challenges, shifting Middle East diplomacy has seen two countries which offered refuge to Brotherhood supporters in the last decade – Turkey and Qatar – mending relations with an axis of states committed to crushing the group – Egypt, the United Arab Emirates and Saudi Arabia.

Turkey last year asked Egyptian opposition television channels operating on its territory to moderate criticism of the Cairo government as it tries to rebuild relations with Egypt.

Munir said the Brotherhood had not yet come under pressure in Turkey. “So far we do not see or feel it but it is the right of the Turkish state to do anything that ensures its peace and the security of its people,” he said.

Within Egypt the movement, which over decades developed a network of charitable organisations, still enjoys the sympathy of many of the country’s 102 million people, Munir said.

He said the political dialogue expected to start within weeks between Sisi’s government and selected opposition groups is not a serious initiative and cannot achieve results if it excludes the Muslim Brotherhood or other figures.

“Dialogue is really needed but it has to include everyone,” said Munir.

The chair of the dialogue has said that the Brotherhood could not take part because they had “blood on their hands”. 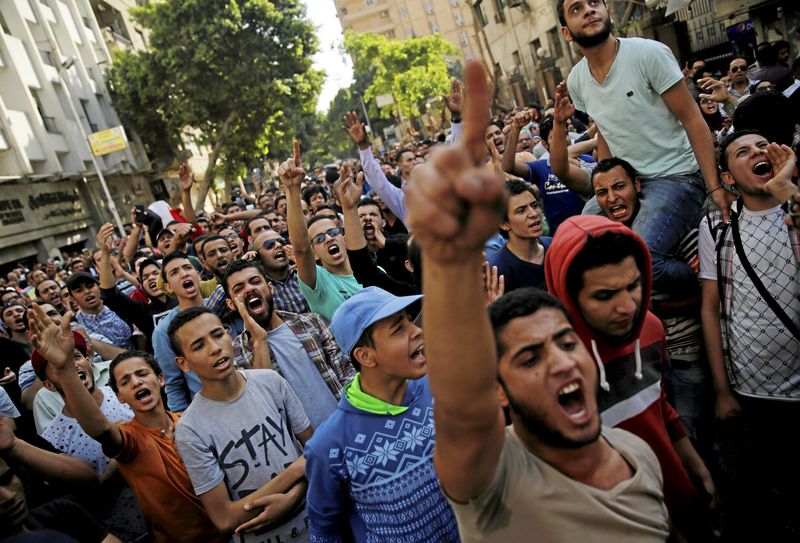