RIO DE JANEIRO – As President Jair Bolsonaro has aggressively sought to boost gun ownership in Brazil, documents obtained by Reuters reveal one key source of resistance to his agenda: his own federal police.

Nearly two decades after Brazil passed a landmark firearms control law, Bolsonaro has used dozens of executive orders to weaken such restrictions, turning the right to bear arms into a symbol of his right-wing movement. A major liberalization bill, under discussion in the Senate, could enshrine in law his push to make Brazil a gun-toting nation like the United States.

In at least eight formal institutional positions, delivered to Congress from 2018 until earlier this year, Brazil’s top cops said the proposals would make it harder to police the country with the world’s most murders.

“We consider all these changes a setback in public gun control policy,” the federal police wrote in December 2019 to lawmakers after the most recent measure passed the lower house.

If approved by senators, police wrote, the law would “without doubt, result in a return to the chaotic situation in the country of excessive gun supply in circulation, including illegal ones, which could make crime rates much worse.”

Still, the federal police eventually gave qualified support – with strongly worded “reservations” – to the measure, which came with the president’s backing.

According to a senior officer with knowledge of the documents, that conditional endorsement was a sign of Bolsonaro’s influence over a force that critics allege he has staffed with allies while sidelining voices of dissent.

“There’s a current, and if you don’t follow the current, you’re no longer part of the government,” said the officer.

The federal police did not respond to requests for comment. Neither did Bolsonaro’s office.

Thanks to Bolsonaro’s policies, the number of Brazilians registering to own guns has surged sixfold since 2018 to nearly 700,000, according to the Brazilian Public Security Yearbook.

In fiery stump speeches ahead of his uphill October re-election battle, Bolsonaro has urged his followers to arm themselves or risk being “enslaved.” Tough gun laws must be overturned, he says, as they only help criminals.

But the federal police argued in their briefings that more guns would benefit criminals.

Parts of PL 3723, the most recent bill, seemed to have been drafted “without foreseeing the consequences of these decriminalizations for … organized crime,” they wrote.

The federal police’s stance is striking in Brazil, where many cops are sympathetic to Bolsonaro.

Soon after Bolsonaro took office in 2019, Eder Rosa de Magalhaes, then head of firearms control for the federal police, was pushed out of his post after refusing to sign a pro-gun briefing to Congress, according to one of the officers. Magalhaes, who now runs a regional office in central Brazil, declined to comment.

“You can’t express yourself freely,” said the source with knowledge of the briefings. “But the federal police is very conscious that arms control has been good for Brazil – is good for Brazil.”

Bolsonaro’s bill was folded into another, PL 3722, which would have made it easier to buy, carry and collect firearms.

Police told lawmakers in 2018 there were “several practical reasons” not to pass the bill, which sought “to reproduce a system that has already been recognized as ineffective.”

“There would be a clear institutional setback if this legislative proposal were approved,” police added.

The bill has yet to pass. Faced with lingering congressional resistance, Bolsonaro has instead signed at least 41 executive orders to roll back gun regulations since 2019, according to the Sou da Paz Institute.

His most effective tactic has been to make it easier for Brazilians to register as “hunters, marksmen or collectors,” known as “CACs.” Under current regulations, a marksman can immediately own up to 60 weapons, while a collector can hold an unlimited arsenal. In the first five months of 2022, an average of 1,043 Brazilians registered for CAC permits each day.

Bolsonaro, who hopes to hit 1 million CAC permits this year, says the rise in guns has helped reduce the murder rate, which has fallen steadily since before he took office, from 27 per 100,000 in 2017 to 19 last year.

Experts dispute his theory, warning that short-term homicide trends in Brazil are often driven by shifting gang alliances, but there is a strong long-term link between gun deaths and firearms in circulation.

Bolsonaro has voiced concerns that his executive orders will be revoked if he is not re-elected. His leftist rival, former President Luiz Inacio Lula da Silva, passed the landmark 2003 disarmament law and has said he will “disarm” Brazil if he wins.

So Bolsonaro has also backed PL 3723, which would embed CAC rights in law, allowing them to carry “ready-to-use” weapons.

The federal police have also taken issue with PL 3723.

In late 2019, they warned that Brazil’s fragile security situation required strict arms control measures, proposed the creation of a new civil gun control body and argued those seeking CAC permits should prove they are hunters or marksmen.

Otherwise, they wrote, “ordinary citizens” could use CAC permits “to circumvent the current legislation on gun control … facilitating the possession and possession of firearms, ammunition and accessories, in a deregulated way.”

Despite those issues, the federal police’s formal stance as of March was that PL 3723 “should prosper, with adjustments.”

The police source said this reflected the political reality under Bolsonaro. By flagging problems, while technically backing the measure, cops hoped lawmakers might dilute or reject it.

“If (PL 3723) was approved, we were certain that it would be a disgrace for Brazil,” the source said, summarizing the message to senators as: “If you change everything, you can approve it.” 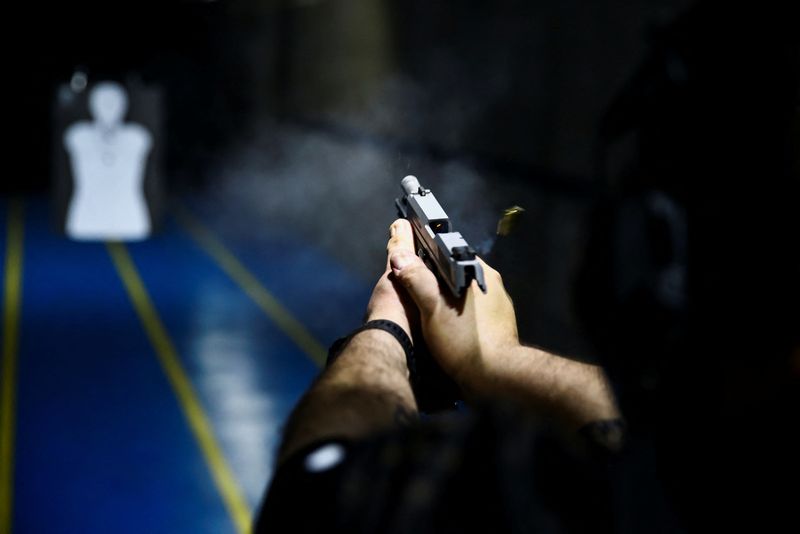 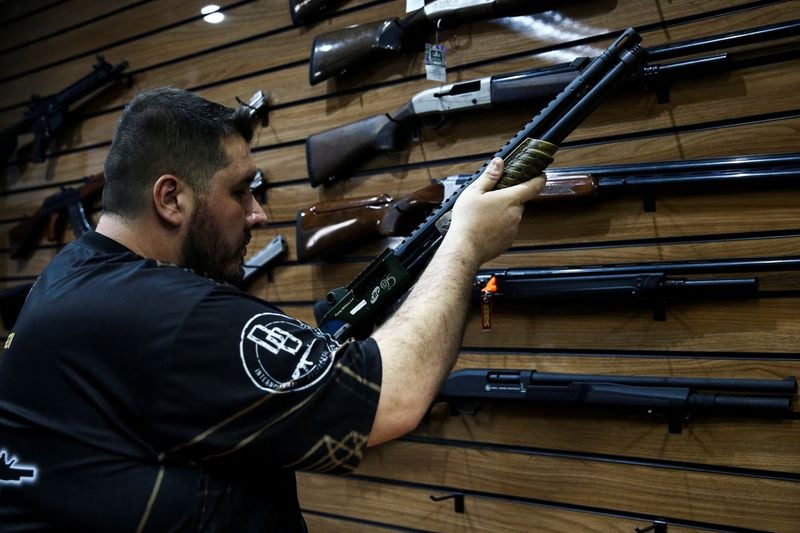 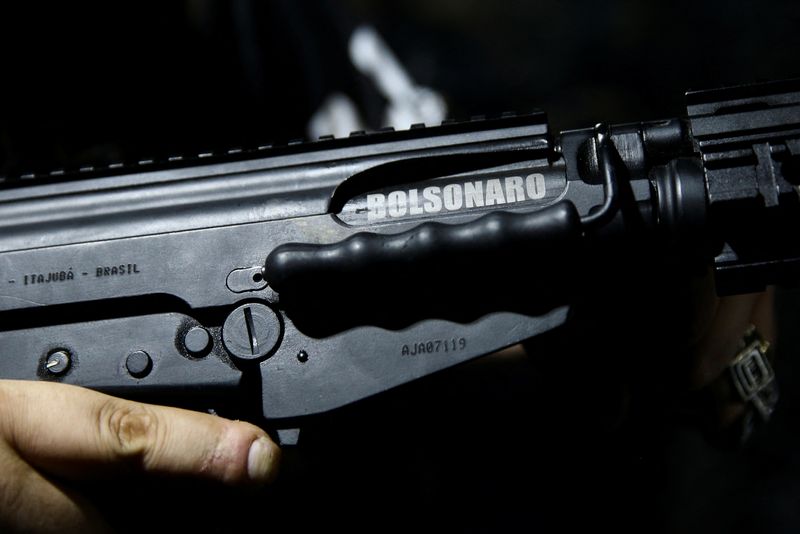 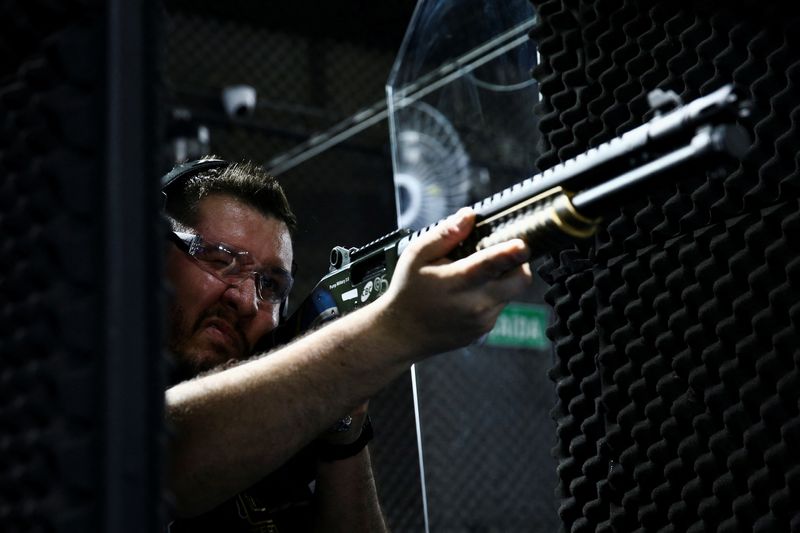