The wind farm, estimated to cost $13 billion and with a combined capacity of 4,000 megawatts (MW), would be built off Vietnam’s central province of Binh Thuan, the Ministry of Industry and Trade said in a statement.

AES did not immediately respond to a Reuters request for comment.

AES submitted a letter of intent to develop the project to a Vietnamese energy delegation during an annual Vietnam-U.S. energy security dialogue in Washington earlier this week, the ministry said.

Hydrogen, power storage and nuclear energy were also discussed at the dialogue, the statement added.

Vietnam, a regional manufacturing hub, is seeking to boost renewable energy development and reduce its reliance on coal for power generation, following a pledge it made last year alongside other major users of the dirty fossil fuel to become carbon-neutral by 2050.

The ministry this week asked the government to remove future coal-fired power projects with a combined capacity of 14,120 MW from a draft national master power development plan. 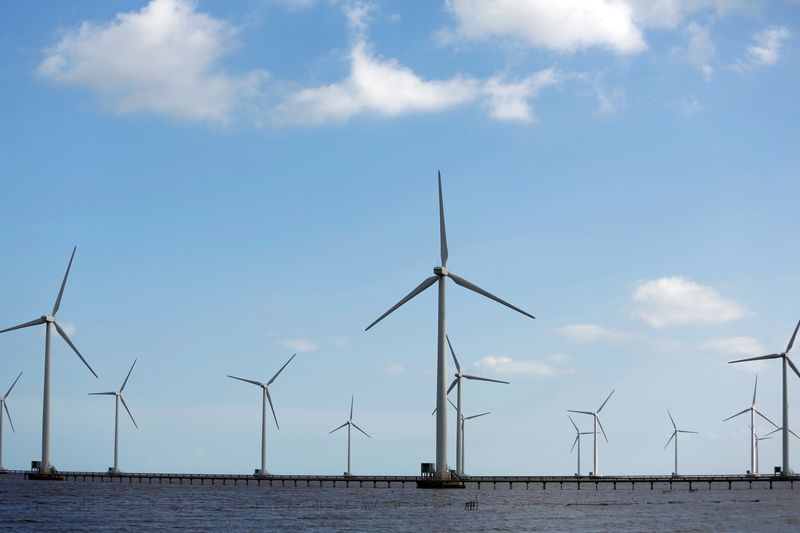