BAGHDAD – A power struggle in Iraq between the influential Shi’ite cleric Moqtada Sadr and Iran-backed Shi’ite rivals has escalated with his supporters breaking into parliament and beginning an open-ended sit-in protest.

The tussle over who gets to form the next government has deepened a fissure in the Shi’ite community that has dominated Iraqi politics since the U.S.-led invasion that toppled Sunni dictator Saddam Hussein in 2003.

What is the background to the rivalry, why has it escalated, what does this mean for Iraq and what are the risks of violence?

WHO ARE SADR AND HIS RIVALS?

Heir to a prominent clerical dynasty, Sadr is a populist with a fiercely loyal support base and a track record of radical action, including fighting U.S. forces after the invasion and clashing with Iraqi authorities.

He commanded a powerful militia, the Mehdi Army, in the years after the invasion, but officially disbanded it in 2008. Its successor, the Peace Brigades, retains thousands of armed fighters.

He exercises big sway in the state, where his supporters hold many positions. He has emphasised his credentials as an Iraqi nationalist in recent years, opposing the influence of both the United States and Iran.

His Shi’ite rivals form an alliance called the Coordination Framework, which includes Tehran-aligned politicians such as former prime minister Nouri al-Maliki and paramilitary groups armed and trained by Iran.

Many of these groups’ ties to Tehran date to the Iran-Iraq war, when Iran supported Shi’ite insurgents against Saddam.

Each side accuses the other of corruption.

WHY HAS THE STANDOFF ESCALATED?

Tensions have worsened since an October election in which Sadr’s movement emerged as the biggest bloc with 74 of parliament’s 329 seats and the Iran-backed factions’ share slumped to 17 from a previous 48.

After failing to overturn the result in the courts, the Iran-backed factions set about stymying Sadr’s efforts to form a government that would include his Kurdish and Sunni Arab allies but exclude groups he described as corrupt or loyal to Tehran.

Despite their diminished numbers in parliament, the Iran-aligned groups managed to frustrate Sadr by denying the two-thirds quorum needed to elect a Kurdish head of state – the first step towards forming a government.

Frustrated at the deadlock, Sadr instructed his lawmakers to quit parliament in June. The move ceded dozens of seats to the Coordination Framework, meaning it could try to form a government of its choosing, though this would risk Sadr’s wrath.

Eyeing a comeback, Sadr rival Maliki put himself forward to be prime minister – a post that must go to a Shi’ite in Iraq’s political system – but retreated after Sadr criticised him on Twitter.

Sadr’s rivals then floated another candidate, Mohammed Shiya al-Sudani, seen by Sadr’s supporters as a Maliki loyalist. This step appears to have been the final straw for Sadr supporters, igniting the protests.

WHAT DOES THIS MEAN FOR IRAQ?

Iraq has now gone more than nine months without a new government – a record in the post-Saddam era.

The standoff adds to political dysfunction in a country suffering dire public services, high poverty and widespread unemployment despite huge oil wealth and no major conflict since Islamic State’s defeat five years ago.

At a time when soaring crude prices have boosted Iraq’s oil revenues to record highs, the government has no budget for 2022 and spending on much-needed infrastructure projects and economic reforms has been delayed.

Ordinary Iraqis meanwhile suffer power and water cuts. The World Food Programme says 2.4 million of the population of 39 million are in acute need of food and livelihood assistance.

The paralysis is diverting attention from problems including soaring global food prices, drought and the lingering threat posed by Islamic State.

WHAT ARE THE CHANCES OF VIOLENCE?

A call by the Coordination Framework for its supporters to rally on Sunday gave rise to concerns of confrontation in the streets, but it then cancelled the demonstrations.

The United Nations has called for a de-escalation, saying “voices of reason and wisdom are critical to prevent further violence”. Many Iraqi leaders have also called for the preservation of civil peace.

Sadr has vowed peaceful political action, but is backed up by the armed Peace Brigades and many of his civilian followers keep weapons, stoking fears of armed clashes if the standoff escalates.

Conflict among Iraqi Shi’ites would be bad news for Iran, which has carved out major influence in Iraq through its Shi’ite allies since the United States toppled its foe Saddam.

Iran, which has yet to comment on the latest developments, has previously intervened to quell internal unrest in Iraq. 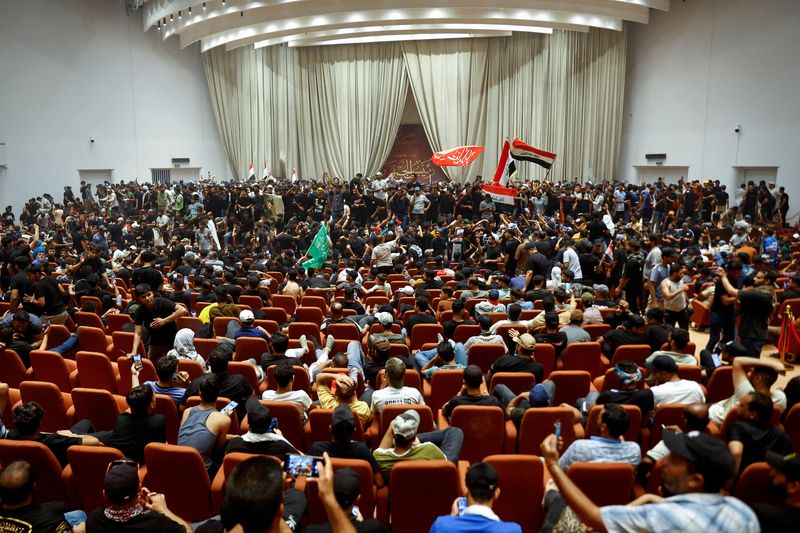 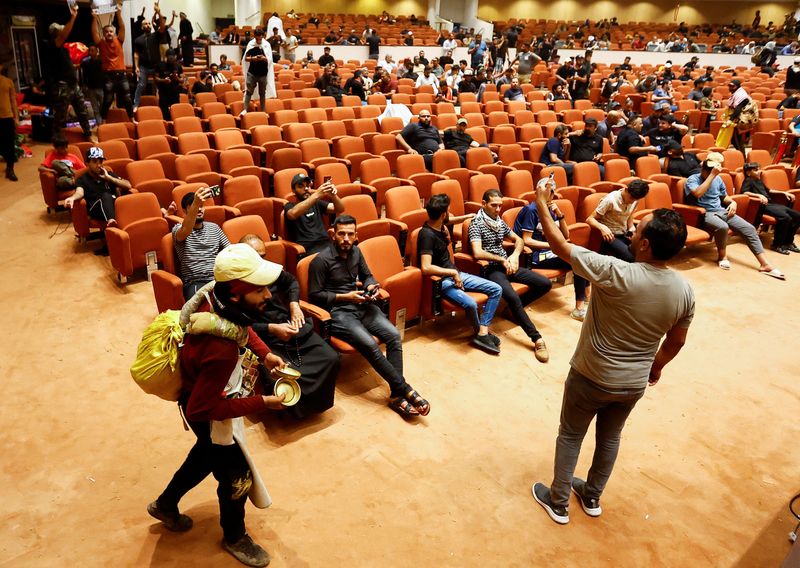 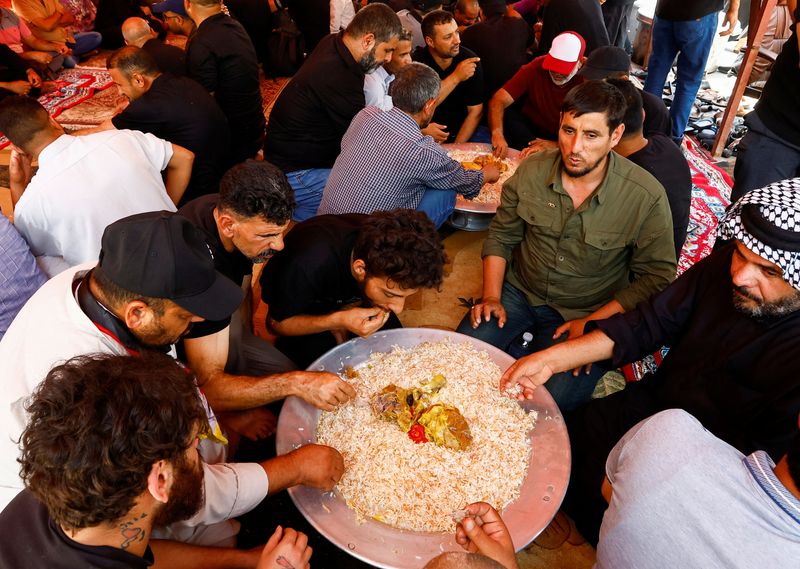 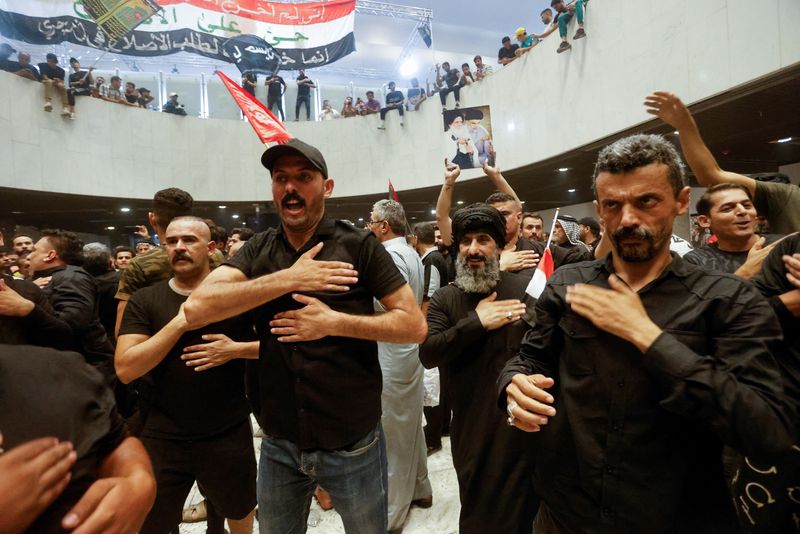 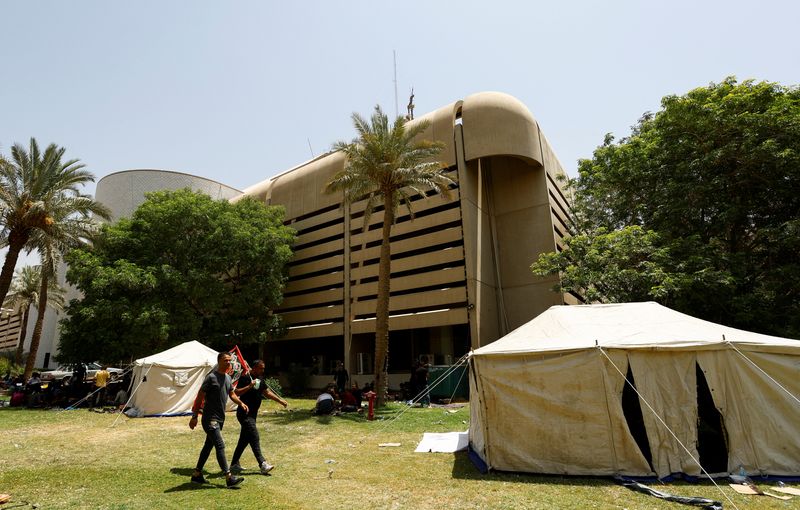 ‘Whether He Wants To Be Or Not’: Republican Senator Dubs DeSantis Leader Of The GOP