ATHENS – Greek manufacturing activity declined in July, hit by faster contractions in production and new orders as high inflation took a toll on client demand, a survey showed on Monday.

S&P Global’s Purchasing Managers’ Index (PMI) for manufacturing, which accounts for about 10% of the Greek economy, fell to 49.1 in July from 51.1 in June, the first reading below the 50.0 neutral mark since February 2021.

July’s reading was the fastest downturn in the health of Greek manufacturing since December 2020. Readings above the 50 level mark an expansion in activity.

“The loss of growth momentum seen across the Greek manufacturing sector since the start of the year resulted in the first contraction since February 2021,” said S&P Global economist Sian Jones.

The impact of inflation on customer spending continued to hamper new sales and a sharp fall in new orders fed through to lower production, she added.

The decrease in output quickened to the sharpest since the end of 2020.

New orders shrank sharply in July, in contrast to the strong expansion seen at the start of the year. They contracted at the fastest pace since December 2020 with firms citing a fall in customer purchasing power due to severe inflationary pressures.

Client demand from abroad worsened further with new export orders declining at the steepest clip in a year-and-a-half.

Challenging demand conditions led some manufacturers to scale back hiring at the start of the third quarter with employment rising only fractionally.

On the price front, the rate of cost inflation eased to the slowest since January 2021, with the rise in cost burdens slowing from the record rates seen at the end of 2021. Price hikes were linked to higher energy, raw materials and transport.

Inflation of prices charged by firms eased to the slowest since August 2021, the survey showed.

“Inflationary pressures eased notably at the start of the third quarter. Firms passed through any reductions in costs, as selling prices rose at the slowest pace for almost a year,” Jones said. 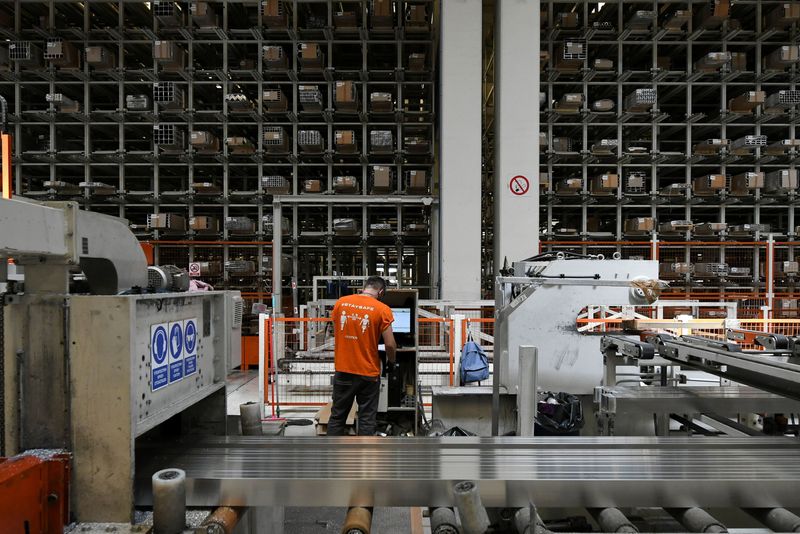