MOSCOW – Russia’s economic contraction will deepen in the third quarter of 2022, while its strong current account surplus, the key driver of the rouble’s recent rebound, will shrink in the second half of this year, the central bank said on Monday.

Russia’s export-dependent economy is plunging into recession after Moscow sent tens of thousands of troops into Ukraine on Feb. 24, triggering sweeping financial and economic sanctions from the West.

Gross domestic product will fall by 7% in the third quarter after contracting by 4.3% in the second quarter, the central bank said, projecting the economy will start recovering in the second half of 2023.

“According to the Bank of Russia’s updated forecast, the contraction in 2022 will be less deep than expected in April. At the same time, the impact of supply shocks may be more protracted over time,” the central bank said in a report on monetary policy.

The central bank also said it expected the budget rule, which caps Russia’s budget spending and diverts excess oil revenues into its rainy-day fund, to be reinstated by the finance ministry from 2023 in its base case scenario.

Purchases of foreign currency under the budget rule, designed to replenish state reserves by buying FX when oil prices are high, were suspended when the rouble weakened sharply in January weeks before Feb. 24.

The new budget rule, which is yet to be revealed by the finance ministry and approved by President Vladimir Putin, is expected to put downside pressure on the rouble, which has become the world’s best-performing currency this year thanks to capital control measures. 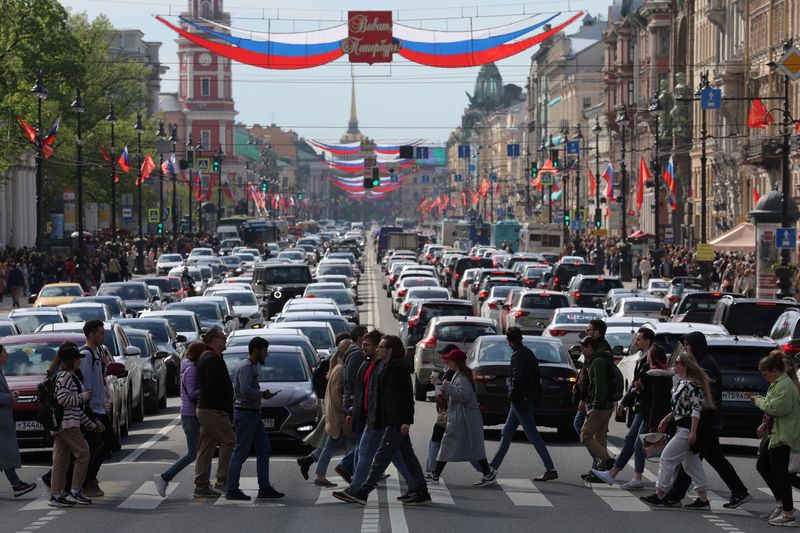