WASHINGTON – The U.S. Commerce Department on Tuesday will add 25 Airbus airplanes operated by Russian airlines believed to violate U.S. export controls as part of the Biden administration’s sanctions over the Russian invasion of Ukraine, the agency told Reuters.

The department has previously identified more than 150 Boeing airplanes and one Gulfstream plane that had flown into Russia from other countries since March 2 or into Belarus since April 8. The rules cover U.S. made airplanes as well as foreign made airplanes that have least 25% U.S. origin content. These are the first foreign airplanes added to the export control list.

The 25 Airbus A320, A321 and A330 airplanes are operated by Ural Airlines, S7 Airlines, Red Wings, Yamal Airlines, Nordwind, and I-Fly. The orders aim to deny the airlines access to refueling, spare parts and maintenance services.

“The United States and our partners applied sweeping, powerful export controls to industry sectors – such as aerospace – that Russia leverages to sustain its military aggression,” said Commerce Department Export Enforcement chief Matthew Axelrod in a statement provided to Reuters. “Today’s identification of 25 foreign-produced aircraft further degrades Russian airlines’ ability to operate their fleets of both U.S. and EU airplanes.”

The department has warned companies and other entities around the world that any refueling, maintenance, repair, or spare parts or services violate U.S. export controls and subject companies to U.S. enforcement actions.

The Commerce Department has previously identified two airplanes owned by businessman Roman Abramovich as having likely violated export controls, including a 787 Dreamliner. 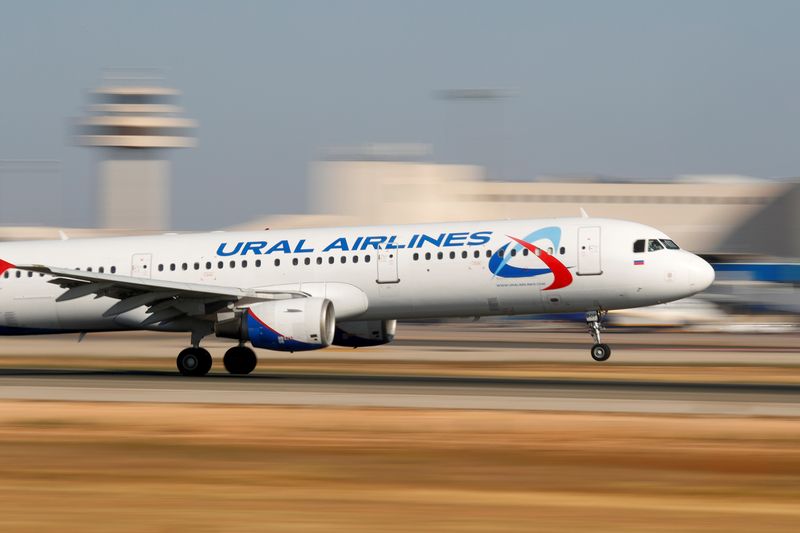