(Reuters) – U.S. household debt increased to a record $16.15 trillion in the second quarter, driven mostly by a $207 billion jump in mortgage balances, with credit card and auto loan debt also rising as consumers lifted their borrowing to deal with soaring inflation, a Federal Reserve report showed on Tuesday.

Mortgage debt increased to $11.39 trillion at the end of June, according to the report. Purchase mortgage originations were up 7% in the second quarter, with much of the increase attributed to higher borrowing amounts.

The U.S. central bank began raising interest rates in March as it exited the easy money policies it had kept in place during the worst of the COVID-19 pandemic to shield an economy pummeled by lockdowns and other protective measures.

Since then, stubbornly high inflation running at four-decade highs has compelled policymakers to raise the Fed’s benchmark overnight lending rate by 225 basis points. That rate is currently in a target range between 2.25% and 2.50%. Further interest rate increases are forecast for the rest of this year as the central bank attempts to quash inflation that is sapping the pocketbooks of Americans.

There has been a steep rise in prices for big-ticket items such as homes and autos over the past two and a half years as demand outstripped supply. As a result, the average dollar amount for new purchase originations for both those items has risen 36% since 2019.

More recently, Russia’s Feb. 24 invasion of Ukraine caused a spike in food and energy costs around the world.

Total U.S. household debt balances are now more than $2 trillion higher than they were in the fourth quarter of 2019, just before the pandemic began, the New York Fed said.

Credit card balances increased by $46 billion in the second quarter, among the largest seen by the Fed since 1999, while auto loan originations rose by $33 billion to $199 billion. This primarily reflected higher origination amounts per loan than a greater volume of loans, the report said.

“All debt types saw sizable increases, with the exception of student loans,” the regional Fed bank’s researchers said. “In part, the growth in each debt type reflects increased borrowing due to higher prices.”

The average contract rate on a 30-year fixed-rate mortgage has shot up by more than 240 basis points since the turn of the year to levels not seen since 2008, according to the Mortgage Bankers Association. It now stands at 5.74%.

New York Fed researchers said on a call that delinquency rates were increasing to more typical pre-pandemic levels seen in 2019 that are still historically low. “But we have to keep an eye on that because if they rise above that we’ll be a little more concerned about the state of household balance sheets. The concern is where we are heading.” 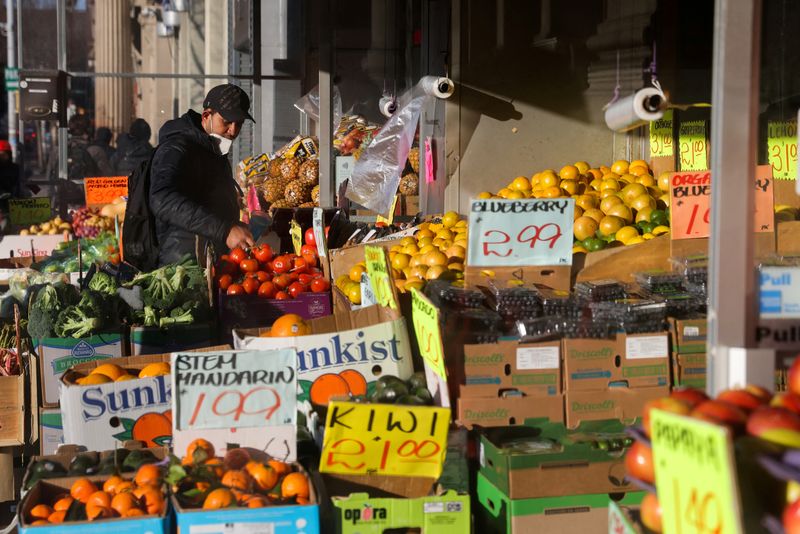