NEW YORK – Emerging markets posted a fifth straight month of portfolio outflows in July, setting the longest such streak in records going back to 2005, as global recession risk, inflation and a strong dollar drew away cash, data from the Institute of International Finance (IIF) showed on Wednesday.

Non-residents pulled $9.8 billion out of emerging market portfolios in July, the data show, compared with an outflow of $3.8 billion in June and a $35.1 billion inflow in July 2021.

Net outflow over the past five months totaled $39.3 billion, according to the IIF.

Cash has left emerging markets partly because developed economies have reversed years of very low interest rates to try to put a cap on inflation. Russia’s invasion of Ukraine in February triggered a spike in food and energy prices that increased their challenge.

Commodity exporters, many in emerging markets, gained revenue and attracted investment, and heightened payments to them also countered dollar strength – but only for a while.

“Most of the recent dynamics in flows can be attributed to the dollar,” IIF economist Jonathan Fortun said in a statement, noting that following a string of interest rate hikes the U.S. Federal Reserve could be approaching a “neutral” rate. Reaching it and achieving some stability in U.S. interest rates could help stem the outflows.

But on Tuesday a trio of Fed officials from across the policy spectrum signaled that they and their colleagues remained “completely united” on getting U.S. interest rates up to a level that would more significantly curb economic activity and put a dent in the highest inflation since the 1980s.

The dollar index 21-day moving average closed on Tuesday at its highest level since mid-November 2002.

“For the coming months, several factors will influence flows dynamics,” said Fortun. “Among these (are) the timing of inflation peaking and the outlook for the Chinese economy.”

July saw inflows of $2.5 billion to emerging-market equity portfolios outside of China, the first month of inflows since February, while ex-China emerging-market debt posted $6.0 billion in outflows. China saw a net outflow of $6.4 billion, with $2.9 billion leaving debt portfolios and $3.5 billion exiting equities. 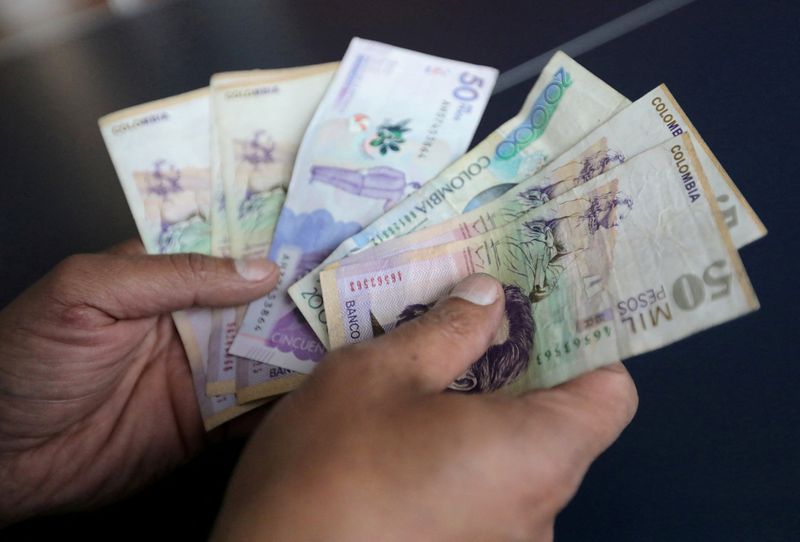