By Ashitha Shivaprasad and Peter Hobson

(Reuters) – Gold will average $1,745 an ounce in 2023, slightly below current prices, as high interest rates and a strong dollar reduce its appeal, a Reuters poll showed on Wednesday.

The gold price has fallen to about $1,770 an ounce from a high of $2,069.89 in March as the U.S. Federal Reserve and other central banks increased interest rates rapidly in an effort to tame inflation.

They have also boosted the U.S. dollar to 20-year highs, making dollar-priced gold more expensive for buyers with other currencies. The stronger dollar also attracts money from investors seeking a safe store of value, who might otherwise invest in gold.

“The U.S. dollar’s dominance and the rise in real U.S. bond yields are weighing on the mood in the gold market,” said Julius Baer analyst Carsten Menke.

He said that further price falls are possible but the “base case calls for a stabilisation around current levels”.

Like gold, silver is often treated as a safe-haven asset, but it is more vulnerable to economic slowdowns because it is also used in industry, said WisdomTree analyst Nitesh Shah.

“Physical demand could be held back by weaker manufacturing activity,” he said.

(Reporting by Ashitha Shivaprasad in Bengaluru and Peter Hobson in London; Editing by David Goodman) 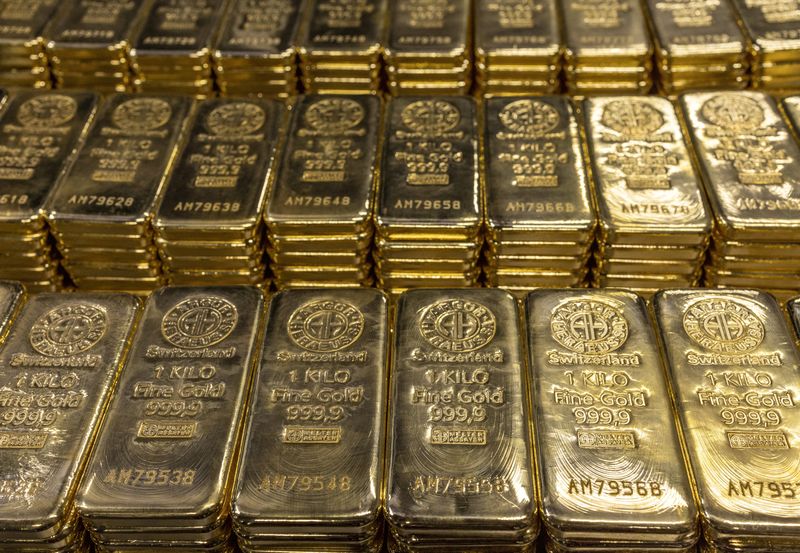