By Laila Kearney and Stephanie Kelly

Rising storage levels at Cushing, Oklahoma, the delivery point for U.S. crude oil futures, are putting pressure on futures prices, which could help ease U.S. inflation. After running up to $122.11 per barrel, U.S. oil futures on Wednesday settled at $90.66, down more than 25% in the last two months.

WTI futures sank by more than $3 a barrel on Wednesday after government data showed a 926,000 barrel build at the storage hub and declining exports last week. [EIA/S]

Meanwhile, the spread between WTI and Brent futures, called the arb, shrank to minus $7 a barrel from roughly minus $11 on Friday, discouraging foreign buyers of U.S. barrels.

“If the arb gets back to minus $10, then we should see more exports, but I have not seen or heard of any big export deals,” one U.S. broker said on the condition of anonymity, adding that rising tanker rates also limited exports.

That easing backwardation, when current prices are higher than prices farther down the line, could accelerate storage builds, said Robert Yawger, energy futures strategist with Mizuho in New York.

“Once the spread trades below $1, producers and storage operators are not shy about stuffing barrels in storage,” Yawger said. 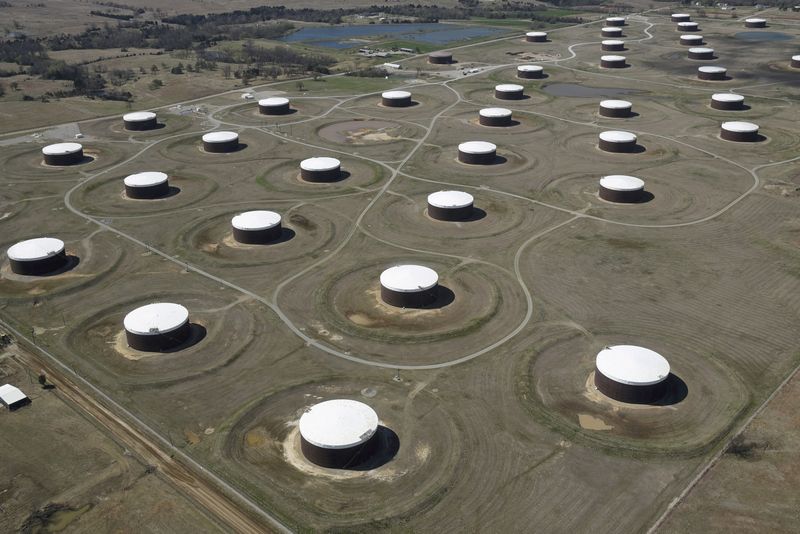