WASHINGTON – U.S. Homeland Security Department Inspector General Joseph Cuffari, who has been embroiled in controversy over the investigation into the Jan. 6, 2021, attack on the Capitol, violated ethics rules in a previous government job, according to a Justice Department report issued in 2013.

Cuffari was investigated by the Justice Department’s Office of Inspector General (OIG) when he served as a special agent in the OIG’s Tucson office.

The OIG found Cuffari violated ethics rules by, among other things, failing to notify his supervisors about his testimony in a lawsuit brought by a federal prisoner and by referring law firms where friends worked to the prisoner’s family.

The report was released by House of Representatives Oversight Committee Chair Carolyn Maloney and House Homeland Security Committee Chair Bennie Thompson. They have called on Cuffari to recuse himself from the investigation into Secret Service text messages related to the Jan. 6 probe.

Cuffari did not immediately respond to a request for comment on the report.

“The 2013 memo we are releasing today raises yet more questions about whether Mr Cuffari can complete this investigation with impartiality and integrity as Inspector General,” Maloney and Thompson, who also heads the House Select Committee investigating the Capitol attack, said in a statement.

Cuffari left the Justice Department’s Office of Inspector General in 2013 after the investigation. He was nominated by then-President Donald Trump and confirmed by the Senate in 2019 as the Homeland Security Department’s inspector general.

Maloney and Thompson said in a letter last week they had lost confidence in Cuffari after he failed to inform Congress for months that Secret Service messages around Jan. 6, 2021, might have been erased.

The Select Committee subpoenaed the Secret Service this month, seeking text messages from Jan. 5 and Jan. 6, 2021, after the Secret Service said data from some phones had been lost during a system migration that was initiated prior to the inspector general’s request. 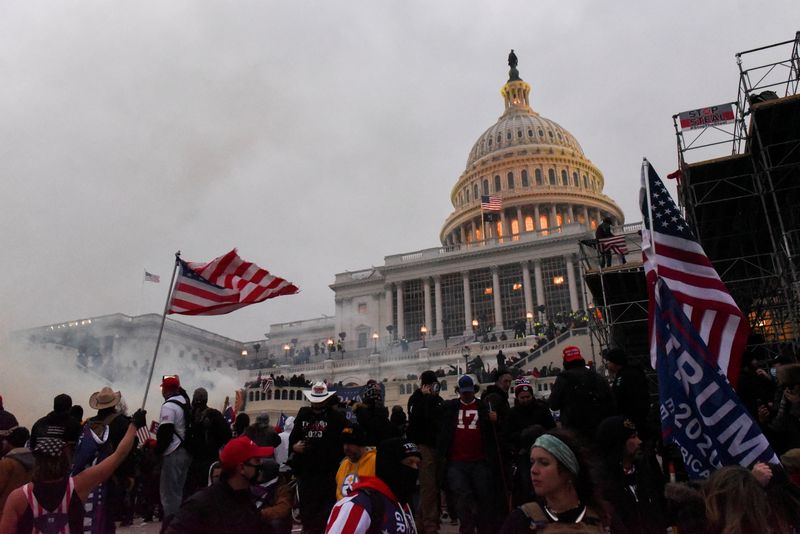