WASHINGTON -The U.S. Transportation Department on Wednesday proposed new rules to strengthen airline passenger protection and require airlines to provide vouchers that do not expire when passengers are unable to fly for certain pandemic-related reasons.

The rules would codify the Transportation Department’s longstanding interpretation that failing to provide refunds when an airline cancels or significantly changes a U.S. flight constitutes an unfair practice.

Those requirements would include offering refunds if airlines made changes that impact departure or arrival times by three hours or more for a domestic flight or six hours or more for an international flight if passengers did not accept alternative arrangements.

“This new proposed rule would protect the rights of travelers and help ensure they get the timely refunds they deserve from the airlines,” said U.S. Transportation Secretary Pete Buttigieg.

The proposed rules come amid a growing push by lawmakers who have urged Buttigieg to take a tougher stance after airlines this summer have canceled tens of thousands of flights.

Airlines for America, a trade group representing Delta Air Lines, United Airlines, American Airlines, Southwest Airlines and others, declined to comment on the proposal on Wednesday but noted U.S. airlines have trimmed capacity by 16% and are “ramping up hiring initiatives and increasing communication with travelers” while addressing “a range of challenges, outside carrier control, such as inclement weather.”

They also noted that since the onset of the pandemic, U.S. airlines have issued $21 billion in cash refunds.

Buttigieg, who met virtually with airline CEOs in June to demand better performance, said recently that airlines have improved their performance.

The department is also proposing to require U.S. and foreign air carriers and ticket agents to provide refunds for pandemic- related travel cancellations instead of non-expiring travel vouchers or credits “if the carrier or ticket agent received significant financial assistance from the government as a result of a public health emergency.”

Taxpayers awarded U.S. airlines $54 billion in COVID-19 government assistance for payroll costs. American and Delta each got around $12 billion, while United received about $11 billion, with 30% repayable to taxpayers.

Those provisions would apply only to airlines receiving new assistance after the rules are finalized.

USDOT has concluded investigations of 10 airlines “and is pursuing enforcement action against them for extreme delays in providing refunds for flights the airlines canceled or significantly changed” and is actively investigating refund practices of more than 10 additional airlines flying to, from, or within the United States, the department said on Wednesday.

(Reporting by David Shepardson in WashingtonEditing by Matthew Lewis) 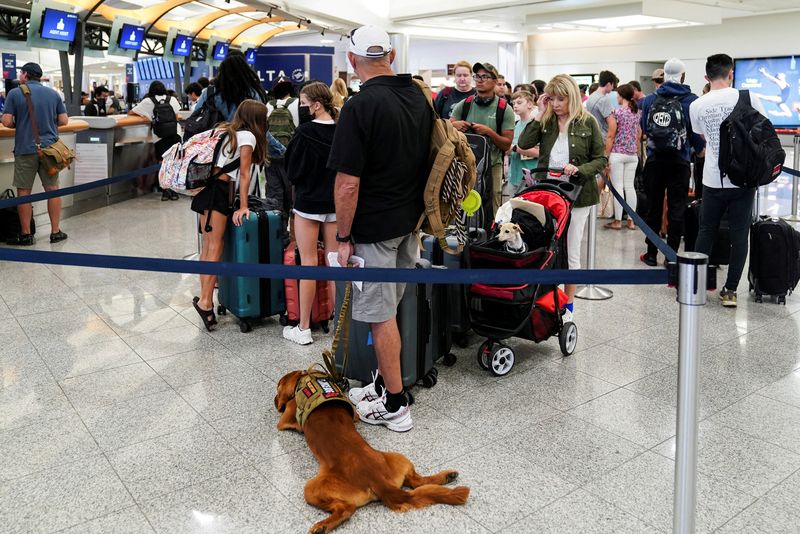