MEXICO CITY – Mexico’s central bank is expected to hike the benchmark interest rate to a new historic level of 8.5% next week, hoping to contain rising inflation while the economy shows better-than-expected growth, a Reuters poll revealed on Thursday.

All 13 analysts polled expect Banxico, as the central bank is known, to hike its benchmark rate by three-quarters of a percentage point when the monetary authority announces its decision next week.

This would be Banxico’s second 75-basis-point hike this year, and mirrors the most recent policy decision taken by the U.S. Federal Reserve.

“As the United States continues to raise rates, we are going to see similar behavior from the Bank of Mexico,” said Ignacio Saralegui, a regional senior investment strategist at asset manager Vanguard.

Unlike the United States, however, the Mexican economy expanded between April and June for the third consecutive quarter, exceeding expectations.

Banxico has increased the key rate by a total of 375 basis over the course of its last nine monetary policy meetings as it struggles keep rising consumer prices within its 3% target.

Inflation hit 8.16% year-on-year in the first half of July, its highest level since the beginning of 2001.

The key interest rate is expected to reach 9.5% by the end of the year, according to the Reuters poll, indicating softer monetary tightening over the last three remaining meetings this year. 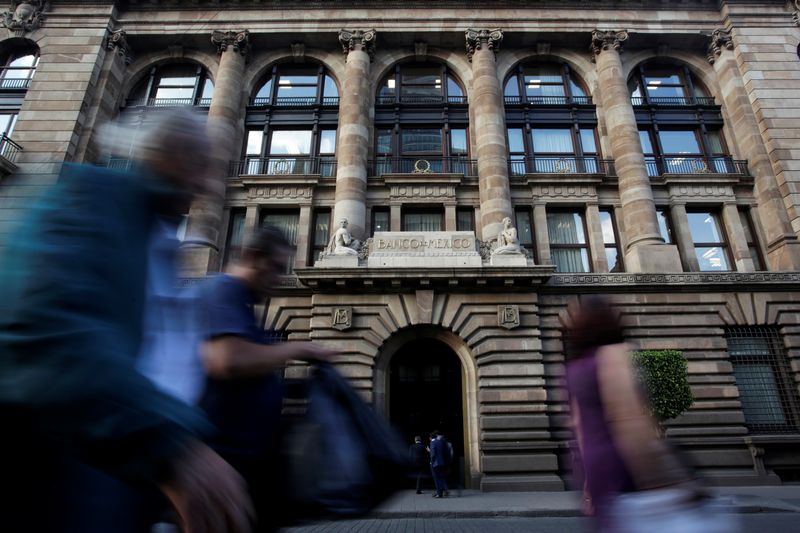