TOKYO – Russia’s ambassador to Japan paid his respects at a memorial in Hiroshima on Thursday saying he wanted to highlight Russia’s efforts to reduce nuclear arms and criticising a decision not to invite him to a commemoration on Saturday, media reported.

Hiroshima became the first city to suffer an atomic bombing on Aug. 6, 1945, and it holds a remembrance ceremony every year on the anniversary of the U.S. attack that killed more than 140,000 people by the end of that year, regularly inviting ambassadors from some 100 countries to take part.

But this year, Russia was not invited because of its invasion of Ukraine, a city official said.

“I came to show Russia’s positive attitude towards the reduction of nuclear arms,” he was quoted as saying, adding that the absence of an invitation to Saturday’s ceremony “ignored this”.

Russia invaded Ukraine on Feb. 24, and shortly after, Russian President Vladimir Putin obliquely raised the possibility of a nuclear strike.

“We have no intention of using them. This was not referred to either directly or indirectly,” Galuzin was quoted as saying, adding that the United States was trying to distract world opinion from “its own irresponsible policies”.

The Hiroshima city official was unable to confirm Galuzin’s visit. The Russian embassy did not immediately respond to an emailed request for comment.

Russia’s ambassador has attended the ceremony some years and stayed away on others, just like the ambassadors of other countries, the city official said.

U.S. ambassador Rahm Emanuel will attend the Hiroshima ceremony, the U.S. embassy said this week, as well as one at Nagasaki, which suffered an atomic bombing by the U.S. military on Aug. 9, 1945. 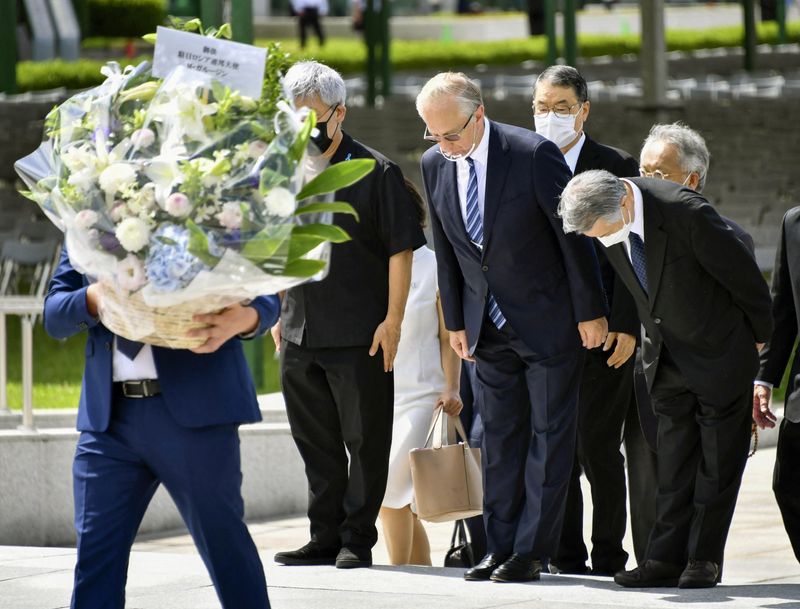