DUBAI – Saudi Arabia has registered a budget surplus of nearly 78 billion riyals ($21 billion) in the second quarter of 2022, the finance ministry said on Thursday, an almost 50% rise from a year earlier, bolstered by high oil prices.

Revenue in the second quarter reached 370.37 billion riyals and expenditure was 292.46 billion, the ministry said.

“A widening in the fiscal surplus was expected in 2Q with the higher oil price and production level,” said Monica Malik, chief economist at Abu Dhabi Commercial Bank. “Government spending strengthened, though (it) still remains broadly in line with the budget plans.”

Saudi Arabia has pledged to “decouple” state spending from oil price fluctuations. Its expected surplus for 2022 – which would be its first in nearly a decade – will sit in the government’s current account until the government’s finance committee decides how to allocate it, likely early next year.

The excess may also go to foreign reserves at the central bank. As part of a fiscal sustainability policy, the kingdom is in the final stages of determining a floor and ceiling for reserves, as a percentage of GDP.

The kingdom posted a first-quarter surplus of more than $15.3 billion riyals.

At the end of June, the government had reserves of 318.65 billion riyals and a current account surplus of 131.45 billion.

(Reporting by Yousef Saba and Nadine Awadalla in Dubai, and Enas Alashray and Yomna Ehab in Cairo; Editing by Alison Williams and David Holmes) 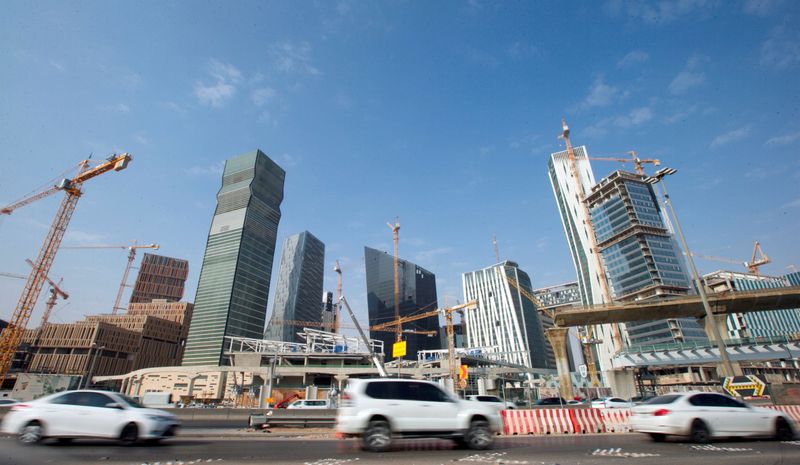