ROME – Italy’s far-right leader Giorgia Meloni said it would be a “great honour” if she were the first woman to lead the country, with her Brothers of Italy party topping the polls ahead of an election next month.

The conservative alliance led by Brothers of Italy includes the rightist League and the more moderate Forza Italia party of former prime minister Silvio Berlusconi. It is currently polling at around 45%. [nL8N2ZG2SU[

The allies have agreed to follow their customary rule that the party with the most votes in the coalition will choose the prime minister if they win the Sept. 25 election, leaving Meloni in pole position for the job.

“I could be the first woman leading the Italian government in all our history and that would be absolutely a great honour,” Meloni told U.S. network Fox Business.

Meloni’s group polled just 4% in the 2018 election, but is now seen winning more than 23%, making it Italy’s largest party ahead of the main centre-left group, the Democratic Party (PD).

Meloni, 45, said leading a nation like Italy at this moment would also entail significant burdens, mentioning inflation and the energy crisis affecting Europe.

She remarked her party endorsed the decision of the outgoing government of Prime Minister Mario Draghi to ship weapons to Kyiv, although it was in opposition at the time.

Meloni’s League and Forza Italia allies, which were both in Draghi’s coalition, have been much more ambivalent, reflecting their historically close ties with Russian President Vladimir Putin.

Meloni said he would pursue Italy’s independence from Russian gas and focus on alternatives to supplies from Moscow.

Italy has been striking a series of deals to reduce its reliance on Russian gas and in June Draghi said Rome had managed to decrease its dependence to 25% from 40% in 2021. 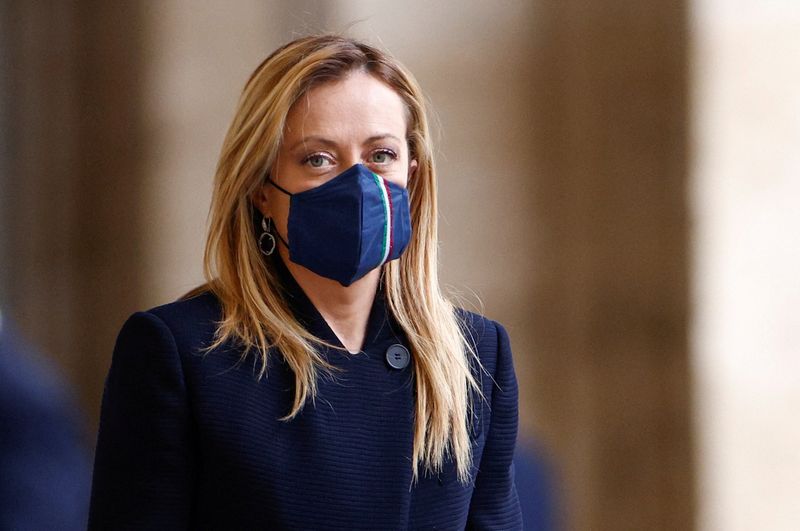