By Alkis Konstantinidis and Horaci Garcia

KRAMATORSK, Ukraine – When night falls in the Ukrainian city of Kramatorsk, just 20 km (12 miles) from the front line with Russia, police officers cruise through the dark and empty streets, looking for curfew violators, thieves and spies.

Yet over the past week, police say they have found 33 violators: seven suspected spotters for Russian artillery, five looters – and 21 caught drinking alcohol outside in the summer heat.

The front line is just to the northeast and parts of the city have been hit by Russian shell fire. Police know to keep an eye out on office buildings and shelled residential districts that now sit empty.

“There are a few cases when so-called marauders start their activities in the city… They steal people’s belongings, mostly from houses that were damaged by artillery shelling,” says policeman Vitalii Gazhitov.

He and his colleagues also watch for signs that people are trying to break into administrative buildings. Given the circumstances the city does not need such crime, he says.

At one point he stops outside a building that has been blown apart by shells but his handheld light uncovers nothing suspicious.

His car rumbles slowly down totally unlit streets, passing parks and squares where people might be breaking the law.

Outside one apartment building, they find a man sitting on a bench, clearly the worse for wear.

“You are not allowed to move on the streets during the curfew,” Gazhitov tells him.

“I live here, in Apartment 31,” replies the man. The incident ends peacefully.

Gazhitov says he and his colleagues sometimes act as an unofficial taxi service.

“We try to make sure that citizens adhere by the curfew. If we see people violating it, we have a chat with them and, if necessary, bring them to their place of residence,” he says. 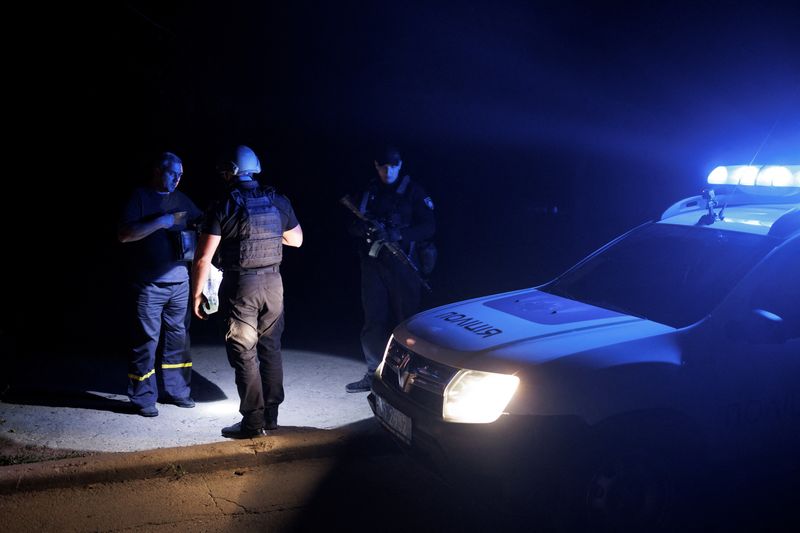 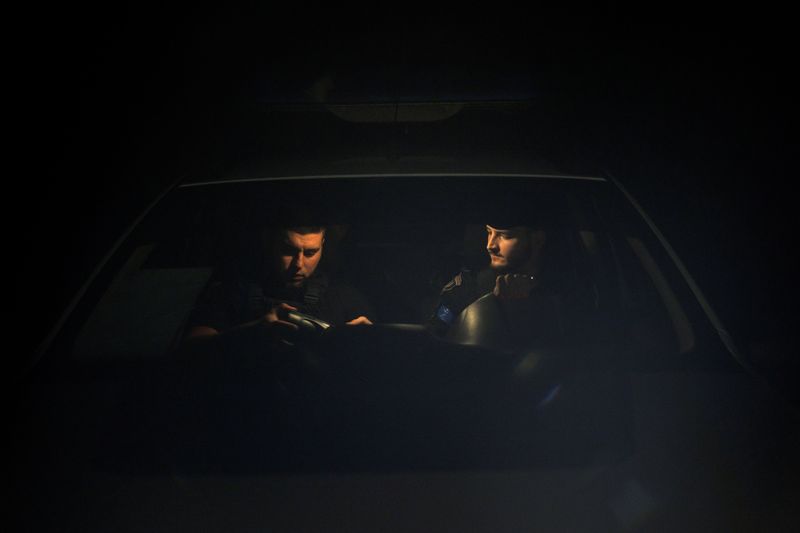 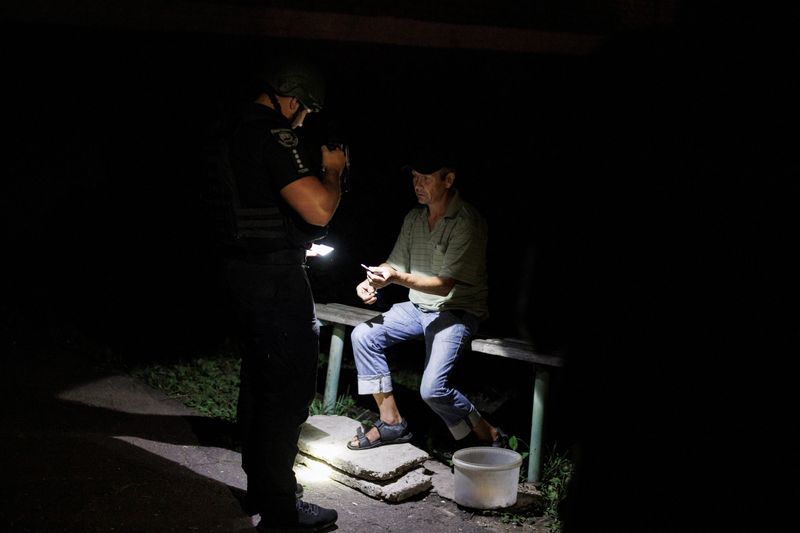 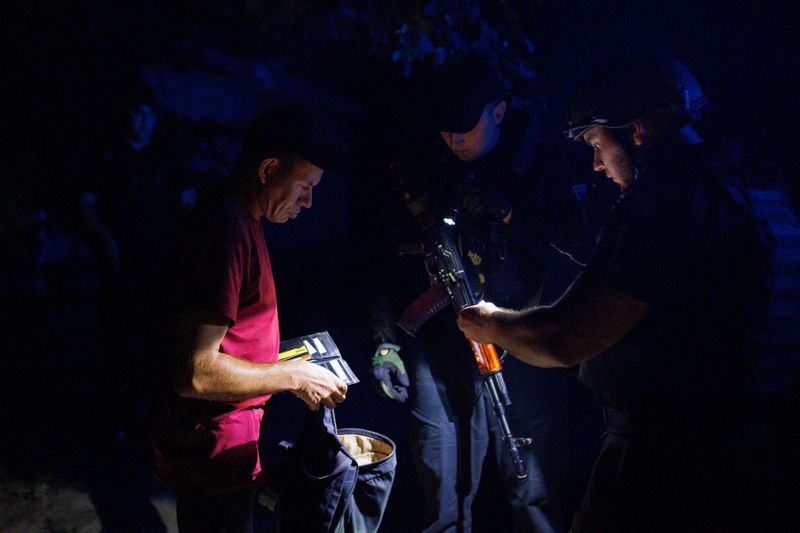 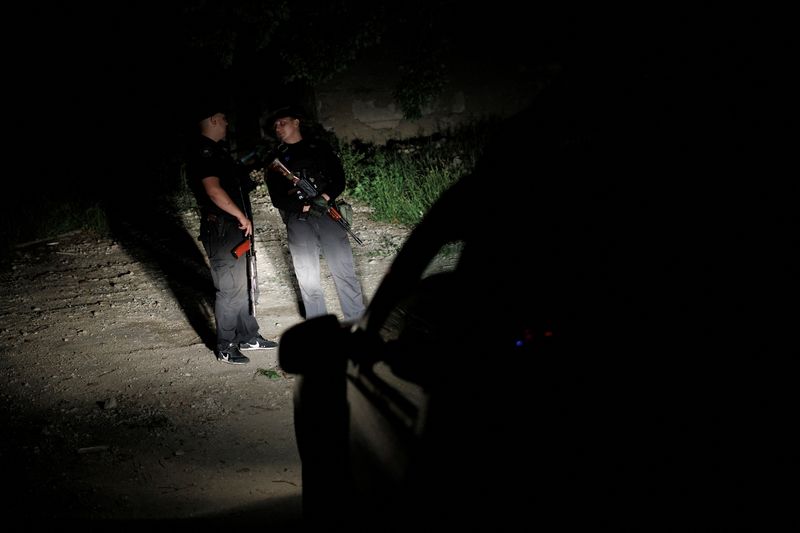 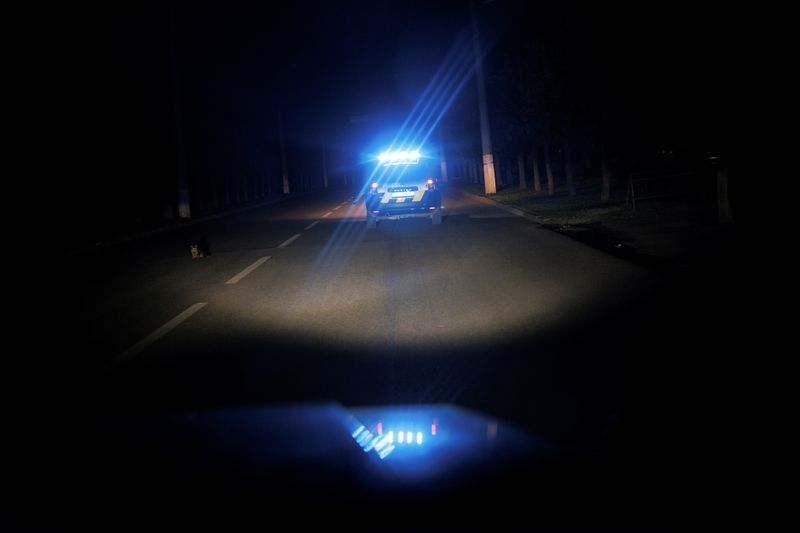 Russia says it has ‘neutralised’ Islamist cell in Crimea

‘Pain does not go away’: Anger persists for family of U.S. Marine killed in Kabul

Coca-Cola and McDonald’s left Russia. Their brands stayed behind