BOGOTA -Gustavo Petro on Sunday became Colombia’s first leftist president, pledging to unite the polarized country in the fight against inequality and climate change and achieve peace with leftist rebels and crime gangs.

Petro, a former member of the M-19 guerrilla group, was sworn in by Senate President Roy Barreras in Bogota’s Bolivar Plaza on Sunday afternoon, watched by some 100,000 invitees including Spanish King Felipe VI, at least nine Latin American presidents and other Colombians invited by Petro.

“I do not want two countries, just as I do not want two societies. I want a strong, just and united Colombia,” an emotional Petro said in his inauguration speech. “The challenges and tests that we have as a nation demand a period of unity and basic consensus.”

Petro has promised to revive scuppered peace negotiations with the National Liberation Army (ELN) rebels and apply a 2016 peace deal to ex-members of the FARC guerrillas who reject it.

His foreign minister has said the government will hold dialogue with gangs and potentially give members reduced sentences in exchange for information about drug trafficking.

“We call on all those who are armed to leave their arms in the haze of the past. To accept legal benefits in exchange for peace, in exchange for the definitive non-repetition of violence,” Petro told the cheering crowd gathered under a bright Andean sun.

He also called for a new international strategy to fight drug trafficking, saying the U.S.-led war on drugs has failed.

“It is time for a new international convention that accepts that the war on drugs has failed, that it has left a million dead Latin Americans during 40 years and that it leaves 70,000 North Americans dead by overdose each year. The war on drugs strengthened mafias and weakened states,” he said.

Climate change must be fought internationally, but especially by countries which emit the most greenhouse gases, Petro added, saying Colombia would transition to an economy without coal or oil.

A $5.8 billion tax reform, which would raise duties on high earners to fund social programs, will be proposed to congress on Monday by the new Finance Minister Jose Antonio Ocampo.

Petro, a 62-year-old former senator, has also said a top priority is to fight hunger in the country of 50 million, where nearly half the population lives at some level of poverty.

Petro has also pledged free public university education and healthcare changes, and constructed a broad congressional coalition of leftist and centrist parties to pass his platform.

Promises of pension reform and a halt to new oil development have caused investor jitters despite the appointment of Ocampo, a long-time official.

New Vice President Francia Marquez, an environmental activist and former housekeeper, is the first Afro-Colombian woman to hold her post.

Thousands of supporters celebrated in Bogota and at large screens set up in public places around the country.

“I didn’t believe I would live to see this finally happen,” said Nelson Molina, a 56-year-old plumber who was sporting a Petro t-shirt and hat. “I know we won’t change from one day to the next, this is just the beginning.”

Groups of people were also celebrating on both sides of the Colombia-Venezuela border, with dozens gathered on either side of a crossing point on the Simon Bolivar bridge outside of Cucuta.

Petro, a former mayor of Bogota, has promised to re-open diplomatic relations with Venezuela, allowing trade between the two countries and consular services to resume.

Petro’s first order as president was for the military to bring the sword of Latin American liberation hero Simon Bolivar – stolen by Petro’s erstwhile M-19 comrades in 1974 – to be displayed in the plaza, after his predecessor Ivan Duque did not authorize its use in the ceremony. 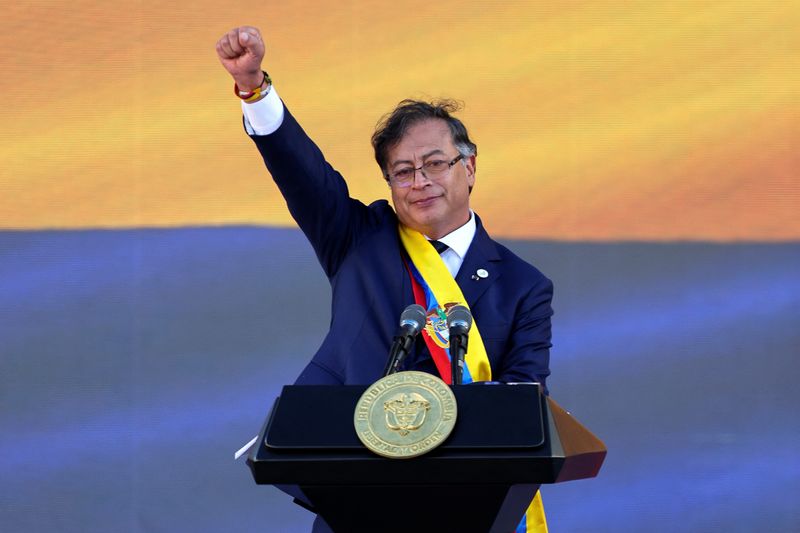 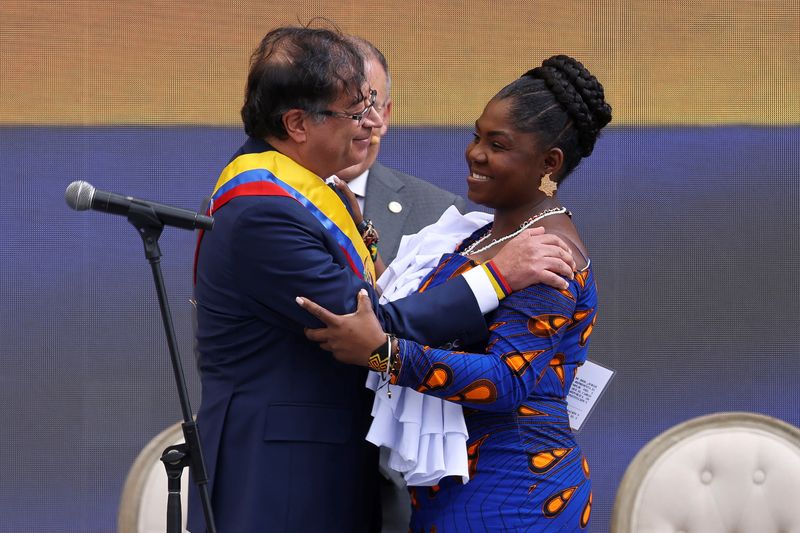 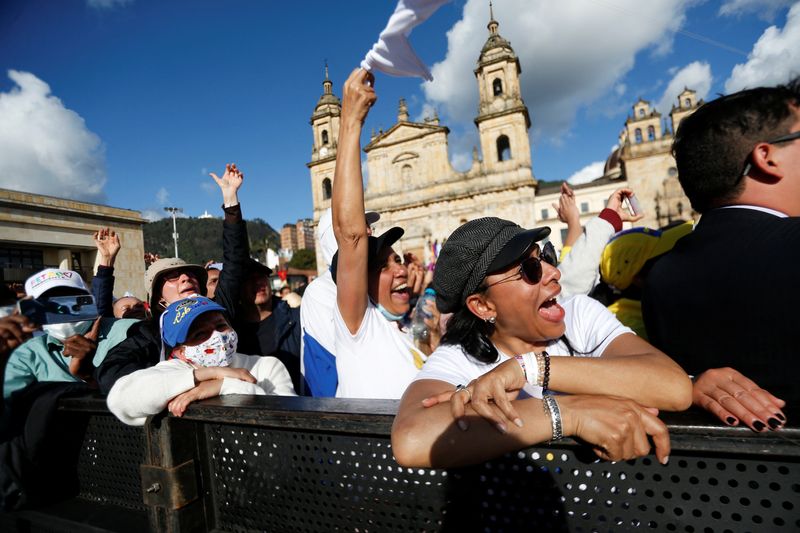 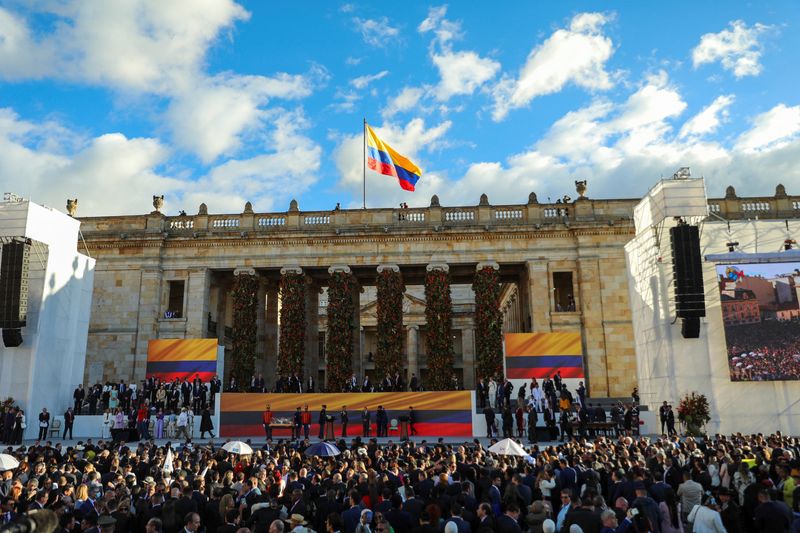 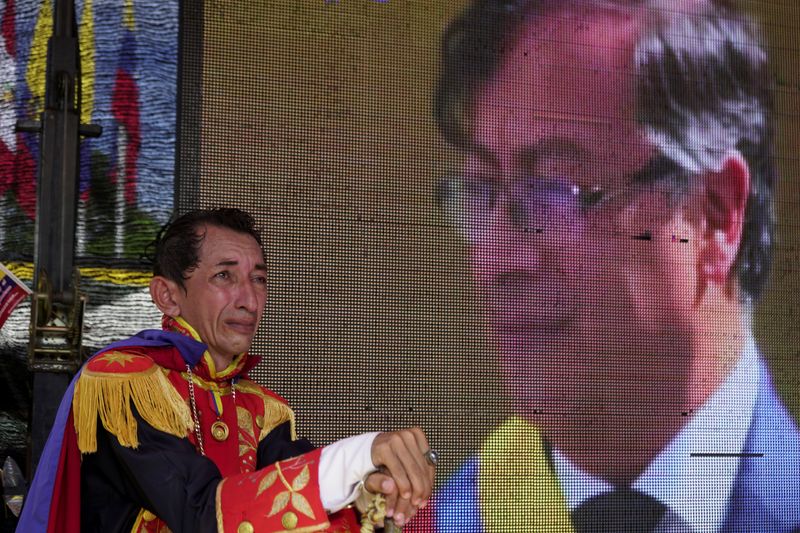 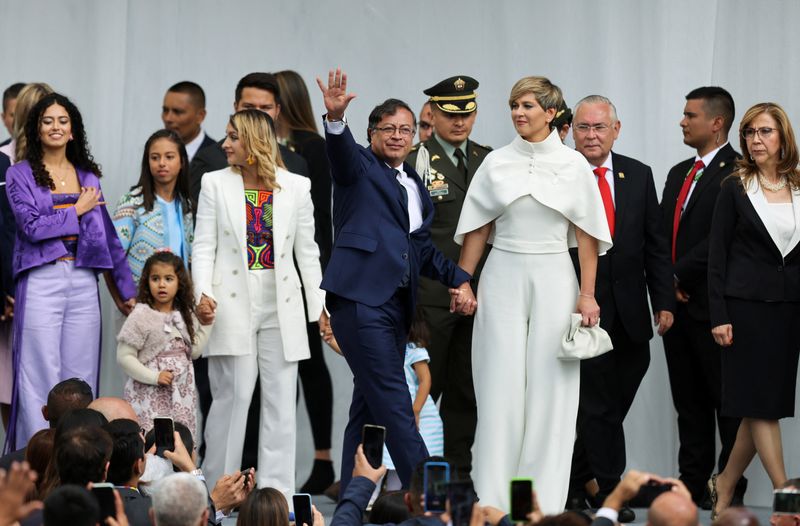 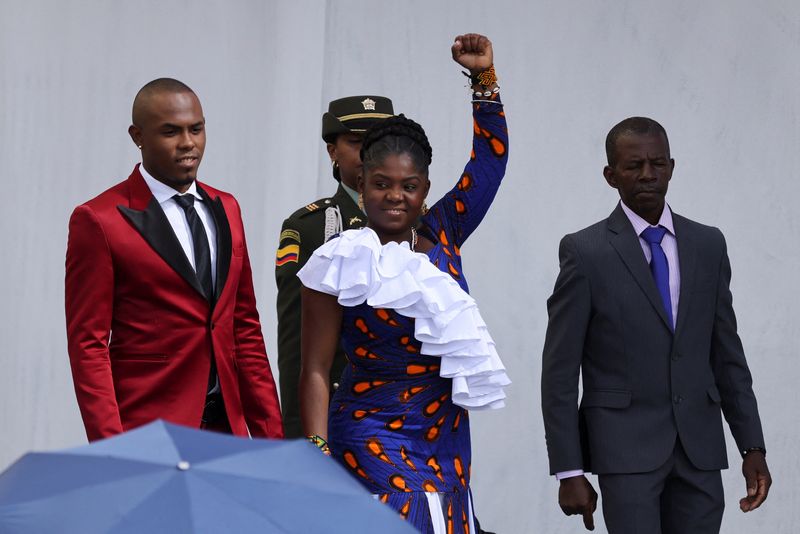 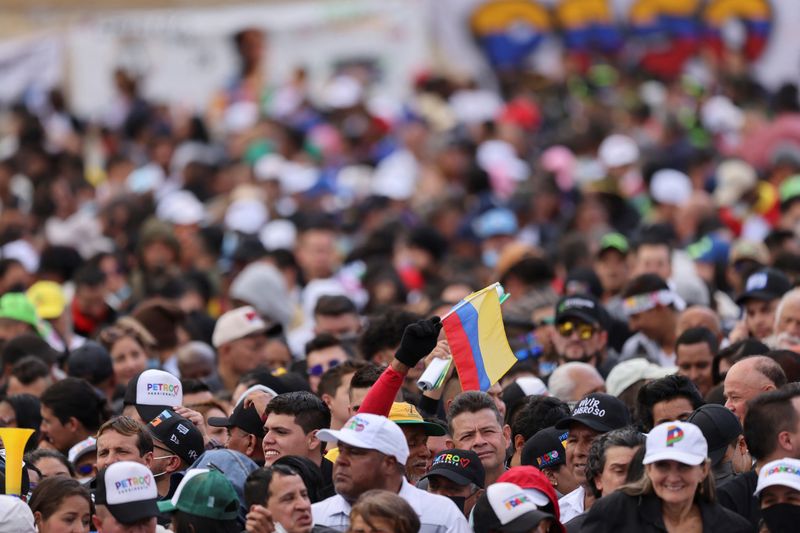 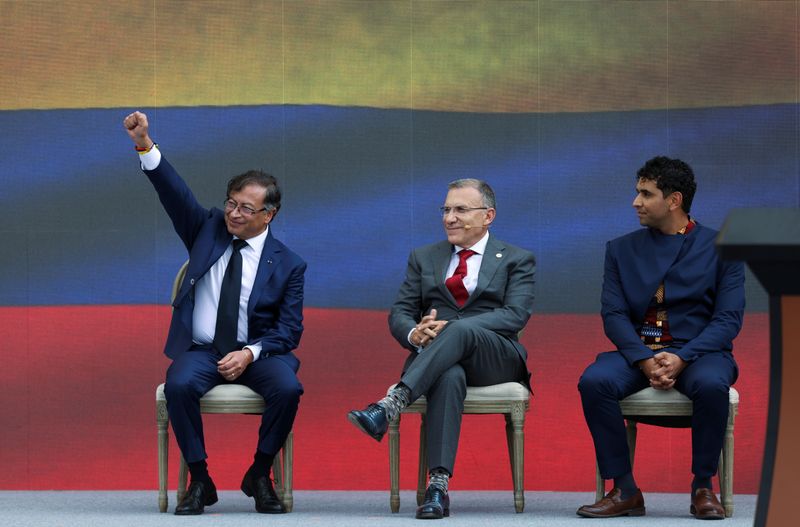 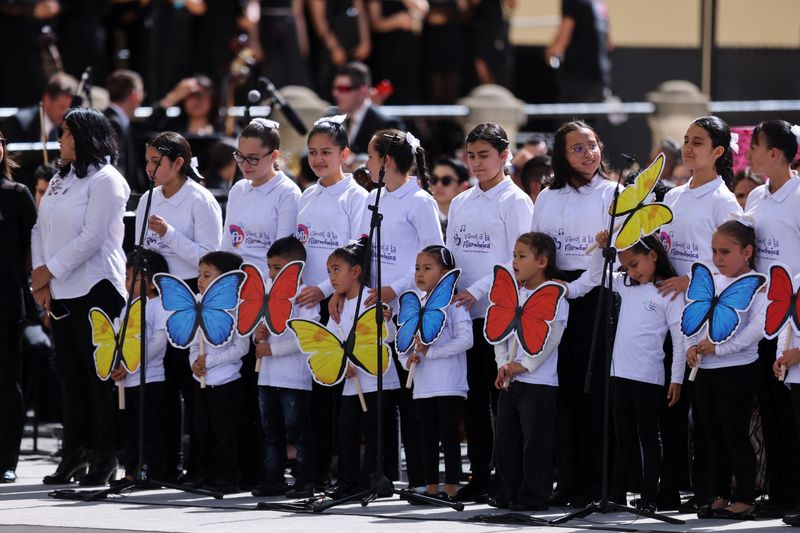