August 8 – Warren Buffett’s Berkshire Hathaway Inc bought more shares of Occidental Petroleum Corp, surpassing the 20% stake where it could record some of the oil company’s earnings with its own and potentially add billions of dollars of profit.

In a regulatory filing on Monday night, Berkshire said it paid about $391 million for nearly 6.7 million Occidental shares between Aug. 4 and Aug. 8.

A 20% stake would let Berkshire report its proportionate share of Houston-based Occidental’s earnings with operating results, through the so-called equity method of accounting.

Berkshire nonetheless could contend that its accounting for Occidental should remain unchanged because its stake is passive.

Analysts on average expect Occidental to generate $10.5 billion of profit this year, according to Refinitiv I/B/E/S.

Buffett’s company also owns $10 billion of Occidental preferred stock, which helped finance the 2019 purchase of Anadarko Petroleum, and has warrants to buy another 83.9 million common shares for $5 billion.

Some analysts have speculated that Omaha, Nebraska-based Berkshire could eventually bid for all of Occidental.

Buffett’s assistant and Occidental did not immediately respond to a request for comment outside market hours.

Berkshire generated $16.3 billion of operating profit in this year’s first half.

It uses the equity method of accounting for food company Kraft Heinz Co, where it has a 26.6% stake, and truck stop operator Pilot Travel Centers, where its 38.6% stake is expected to grow to 80% next year.

In contrast, Berkshire accounts normally for its 20.2% stake in American Express Co, restricting its ability to exercise significant influence.

Occidental shares closed at $60.04 on Monday. The share price has more than doubled this year, benefiting from rising oil prices following Russia’s invasion of Ukraine.

Berkshire owns dozens of companies including the BNSF railroad, Geico car insurance and several energy businesses, and stocks including oil company Chevron Corp, where it ended June with a $23.7 billion stake. 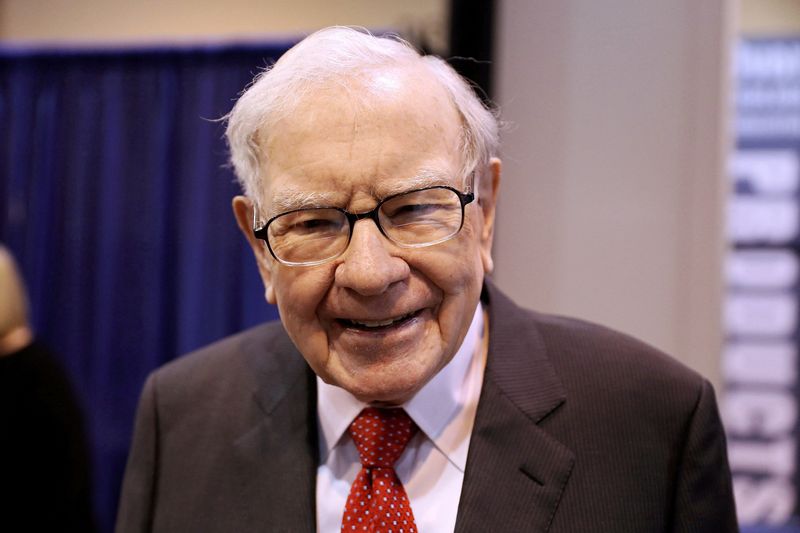