WASHINGTON/RIO DE JANEIRO – A Brazilian military request to buy Javelin anti-tank missiles worth as much as $100 million has been stalled in Washington for months due to U.S. lawmakers’ concerns about far-right President Jair Bolsonaro, including his attacks on Brazil’s electoral system, multiple U.S. sources told Reuters.

Brazil’s bid to acquire some 220 Javelins was originally made when former President Donald Trump, a Bolsonaro ally, was in the White House. The State Department gave its blessing to the proposal late last year, despite objections from some lower-ranking U.S. officials, according to two people familiar with the matter.

But the confidential deal, which has not been previously reported, has since become mired in procedural limbo amid mounting concerns among Democratic lawmakers over Bolsonaro’s Trump-like questioning of voting integrity ahead of Brazil’s Oct. 2 election, the sources said.

Brazil’s request for the cutting-edge U.S.-made missiles, which have won fame for their effective use by Ukrainian forces against Russian armor, has been delayed by a Democratic-led effort to send a message to Bolsonaro and his military.

“It’s being slow-walked on Capitol Hill and isn’t going anywhere anytime soon” because of misgivings about Bolsonaro, said a source who has followed the proposed deal.

The holdup underlines the impact Bolsonaro’s undemocratic rhetoric is already having on Latin America’s biggest country. It also gives a glimpse of how Brazil could become more isolated internationally if Bolsonaro were to follow Trump’s example and refuse to accept any election loss to his leftist rival, former President Luiz Inacio Lula da Silva.

Defense Secretary Lloyd Austin brought a message of respect for democracy to Brazil in a meeting of regional defense ministers in July. That followed a visit last year by CIA director William Burns in which he told Bolsonaro’s aides he should stop undermining confidence in the country’s electoral process.

Bolsonaro, who trails Lula in the polls, has ignored them. Instead, he has continued to question the credibility of Brazil’s electronic voting system and claimed fraud in recent elections without providing evidence.

The potential post-election role of Brazil’s armed forces, which oversaw a military dictatorship for two decades following a 1964 coup, is an open question. Bolsonaro has called for the military, Latin America’s largest, to undertake its own parallel vote count, saying “the army is on our side.”

Washington is also concerned by environmental backsliding under Bolsonaro, as well as his friendly relationship with Russian President Vladimir Putin, whose Ukraine invasion he has refused to condemn.

Manufactured by defense giants Lockheed Martin Corp and Raytheon Technologies Corp, the Javelin has become one of the world’s best-known weapons due to its success against Russian tanks in the Ukraine war.

Brazil faces no similar threats, prompting questions about why it would need such firepower, sources said. Brazil’s military mainly focuses on securing its borders, among the world’s longest, and international peacekeeping missions.

Another source said the State Department’s support for the sale showed it wanted to satisfy Brazil’s weapons wish-list to help nurture relations with one of Washington’s most important allied militaries in the region.

Bolsonaro’s office directed requests for comment to the defense ministry, which did not respond to a list of questions.

The State Department did not respond to a request for comment.

The request came in 2020 at a time of warming ties between the United States and Brazil under Trump and Bolsonaro, two blustery nationalists. In 2019, Trump designated Brazil a major non-NATO ally, allowing it greater access to U.S.-made weaponry.

The deal sailed through the Trump-era bureaucracy and was inherited by Biden, a Democrat less friendly toward Bolsonaro than his Republican predecessor.

Still, Biden’s State Department gave the deal a preliminary nod after what one person familiar with the matter described as only cursory discussions, overlooking concerns of U.S. diplomats in Brazil and lower-level officials in Washington.

“There are those within State working levels who have expressed reservations about this sale given Bolsonaro’s actions and rhetoric and certain past actions of Brazil’s military and security services,” said a U.S. government source. “Such concerns are not shared among Defense Department officials nor State leadership.”

The State Department then sent the proposed sale for an “informal” review by the two Democratic chairs and two Republican ranking members of Congress’ foreign relations committees. Congressional sources say it has not advanced due to the concerns of lawmakers, including Senator Bob Menendez and Representative Gregory Meeks, Biden’s fellow Democrats.

They have peppered the State Department with questions, ranging from Bolsonaro’s human rights record to whether Brazil needs such weapons, according to one congressional source, suggesting they at least want to delay it until after Brazil’s elections.

“We do not comment on arms cases under current review,” said a spokesperson for the committee, adding: “Chairman Meeks takes a range of considerations into account when reviewing such transfers, such as the broader range of diplomatic and security dynamics as well as human rights concerns.”

There have been no indications that the two senior Republicans also reviewing the Brazilian request, Senator Jim Risch and Representative Michael McCaul, have expressed any reservations, sources said.

The State Department has acknowledged to the lawmakers that the Javelins do not safeguard against any specific threat Brazil faces, a U.S. official said. But State has argued that Brazil’s bid to upgrade its anti-armor capacity is legitimate, and it seeks a reasonable number of missiles, the official added.

Despite tensions between Biden and Bolsonaro, Washington has remained open to selling weapons to Brasilia.

“The view is that Brazil has the right to procure military equipment as it sees fit and in accordance with our laws,” a senior Biden administration official told Reuters.

Even if the sale does move to the next phase – a full congressional review – it would still face formidable obstacles.

Democratic Senator Tim Kaine, who chairs the Western Hemisphere subcommittee, said he would want to examine any sale closely. Selling weapons to Brazil, he told Reuters, is “not something that I just would immediately feel like we should do.”

Demand for Javelins has soared since the start of the Ukraine war. So even if the deal is approved, it could take years for Brazil to receive the missiles due to a backlog of orders, with priority given to other U.S. partners.

If the request is denied, sources said Brazil has other options – chiefly the HJ-12, China’s cheaper version of the Javelin. 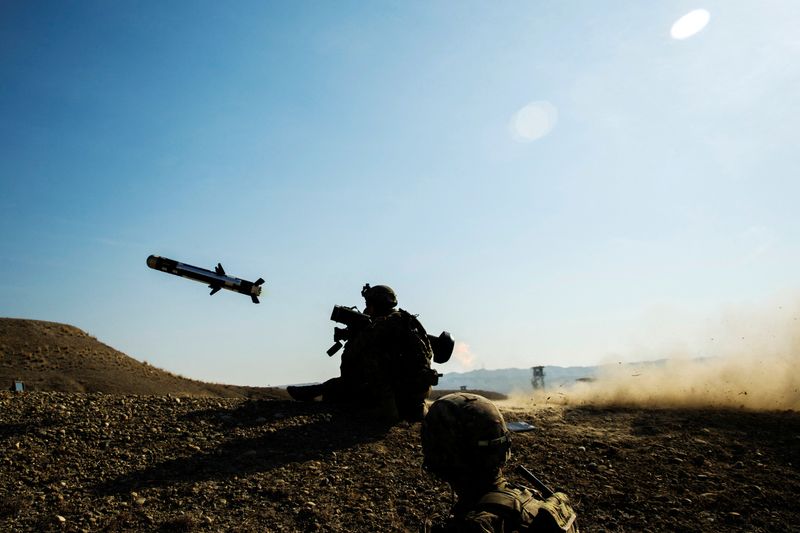 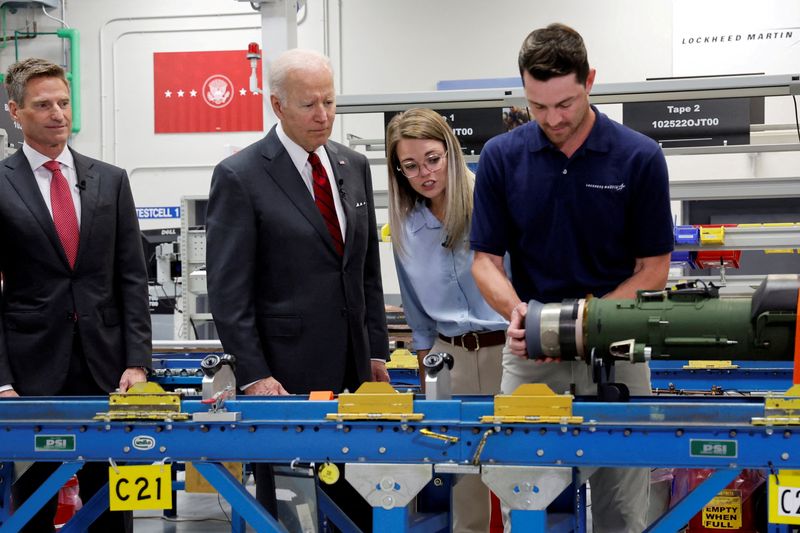 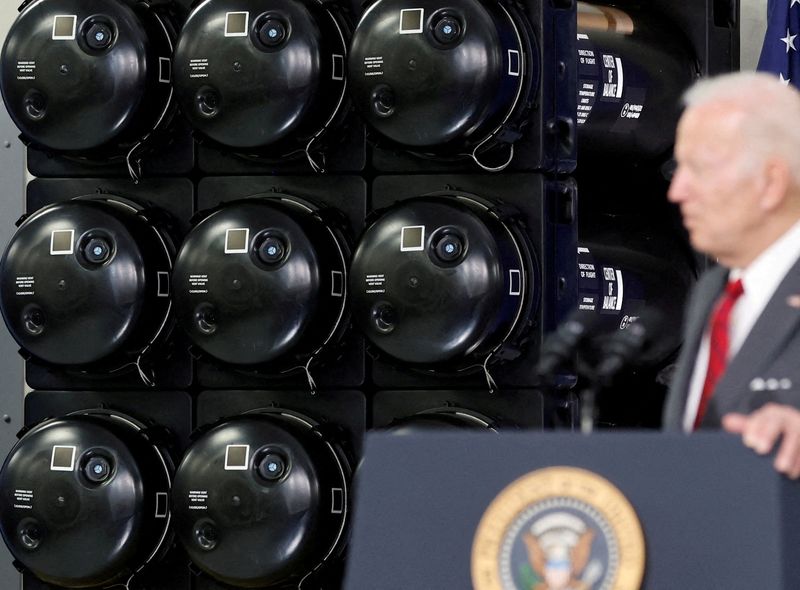