The focus of the investigation was not immediately clear. Here is a look at some of the probes and lawsuits that Trump faces.

The U.S. National Archives and Records Administration in February notified Congress that it had recovered about 15 boxes of White House documents from Trump’s Florida home, some of which contained classified materials.

The U.S. House of Representatives Oversight Committee at that time said it was expanding an investigation into Trump’s actions and asked the Archives to turn over additional information. Trump previously confirmed that he had agreed to return certain records to the Archives, calling it “an ordinary and routine process.”

A congressional panel probing the Jan. 6, 2021, assault by Trump supporters on the U.S. Capitol is working to build a case that he broke the law in trying to overturn his 2020 election defeat.

Vice chair Liz Cheney has said the committee could make multiple referrals to the Justice Department seeking criminal charges against Trump, who accuses the panel of conducting a sham investigation.

In a March 2 court filing, the committee detailed Trump’s efforts to persuade then-Vice President Mike Pence to either reject slates of electors for Democrat Joe Biden, who won the election, or delay a congressional count of those votes..

Trump’s efforts likely violated a federal law making it illegal to “corruptly” obstruct any official proceeding, or attempt to do so, said David Carter, the California federal judge overseeing the case.

In the March 2 filing, the committee said it was likely that Trump and others conspired to defraud the United States. That law criminalizes any effort by two or more people to interfere with governmental functions “by deceit, craft or trickery.”

In addition to Trump’s efforts to pressure Pence, the committee cited his attempts to convince state election officials, the public and members of Congress that the 2020 election was stolen, even though several allies told him there was no evidence of fraud.

The committee cannot charge Trump with federal crimes. That decision must be made by the Justice Department, led by Attorney General Merrick Garland.

If the Justice Department brings charges, prosecutors’ main challenge will be proving that Trump acted with corrupt intent, experts said.

Trump could defend himself by arguing he sincerely believed that he won the election and that his well-documented efforts to pressure Pence and state election officials were not meant to obstruct Congress or defraud the United States, but to protect the election’s integrity.

Trump also could be charged with “seditious conspiracy,” a rarely used statute that makes it illegal to overthrow the U.S. government by force. To prove this, prosecutors would need to show Trump conspired with others to use force, said Barbara McQuade, a law professor at the University of Michigan and a former federal prosecutor.

Multiple participants in the Jan. 6 assault on the Capitol have been charged with seditious conspiracy.

Democrats said in a June hearing of the Jan. 6 committee that Trump, a Republican, raised some $250 million from supporters to advance fraudulent claims in court that he won the election, but steered much of the money elsewhere.

This raises the possibility that he could be charged with wire fraud, which prohibits obtaining money on “false or fraudulent pretenses,” legal experts said.

A special grand jury was selected in May to consider evidence in a Georgia prosecutor’s inquiry into Trump’s alleged efforts to influence the state’s 2020 election results.

The investigation focuses in part on a phone call Trump made to Georgia Secretary of State Brad Raffensperger, a Republican, on Jan. 2, 2021.

Trump asked Raffensperger to “find” the votes needed to overturn Trump’s election loss, according to an audio recording obtained by the Washington Post.

Trump could argue he was engaging in free speech and did not intend to influence the election.

Alvin Bragg, the Manhattan district attorney, has been investigating whether Trump’s family real estate company misrepresented the values of its properties to get favorable bank loans and lower tax bills.

Two top lawyers who had been leading the investigation resigned in February, throwing the probe’s future into question, but Bragg’s office has said it is ongoing.

Trump has denied wrongdoing and said the probe is politically motivated. Bragg is a Democrat.

DOES A PRESIDENTIAL RUN MEAN TRUMP CAN’T BE PROSECUTED?

No. While the Justice Department has a decades-old policy that a sitting president cannot be indicted, there is no such protection for presidential candidates. Prosecuting a candidate could nonetheless have political implications, said Brian Kalt, a law professor at Michigan State University.

“I’m not aware of any constitutional reason why a presidential candidate would have any kind of criminal immunity.”

Trump has denied wrongdoing and called the investigation politically motivated. James is a Democrat.

E. Jean Carroll, a former Elle magazine writer, sued Trump for defamation in 2019 after the then-president denied her allegation that he raped her in the 1990s in a New York City department store. He accused her of lying to drum up sales for a book.

The 2nd U.S. Circuit Court of Appeals in Manhattan is poised to rule on whether Carroll’s lawsuit should be dismissed.

A lawyer for Trump has argued that he is protected by a federal law that makes government employees immune from defamation claims. 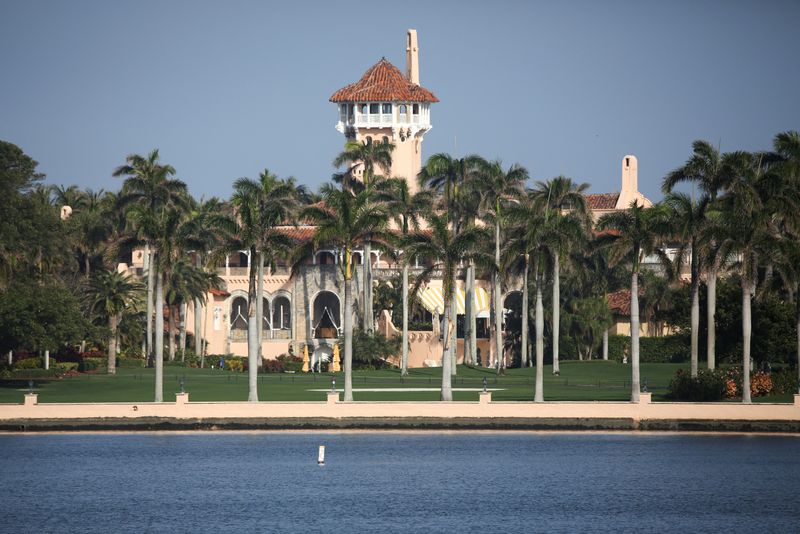