WASHINGTON -Northrop Grumman is partnering with rocket startup Firefly Aerospace to build a new version of its workhorse Antares rocket without Russian-made engines that were cut off from the United States after the invasion of Ukraine, the company said on Monday.

The new version of Antares, a rocket which NASA uses to ferry cargo to the International Space Station, will use seven Miranda engines under development by Firefly, Northrop said in a statement, adding that the two companies will later work on an entirely new launch vehicle.

Northrop’s partnership with Firefly comes months after Russia halted deliveries of Antares’ original RD-181 engines in retaliation for sanctions the U.S. levied on Moscow over its Feb. 24 invasion of Ukraine. The delivery halt left Northrop with just two remaining Antares rockets despite several more under contract with NASA.

A Northrop spokeswoman told Reuters that the company purchased three Falcon 9 launches from Elon Musk’s SpaceX to launch Cygnus capsules to the space station while Antares 330 is under development. Those Falcon 9 missions will launch in late 2023 and 2024.

Northrop’s statement did not specify the value of the Firefly partnership or when it expects to launch the new Antares 330 rocket.

“Through our collaboration, we will first develop a fully domestic version of our Antares rocket, the Antares 330, for Cygnus space station commercial resupply services, followed by an entirely new medium class launch vehicle,” Scott Lehr, vice president of Northrop’s launch and missile defense unit, said in a press release.

A pair of RD-181 engines have long powered the Antares rocket. Northrop previously said it was exploring other rockets for Cygnus after Russia’s decision to cut off engine deliveries. 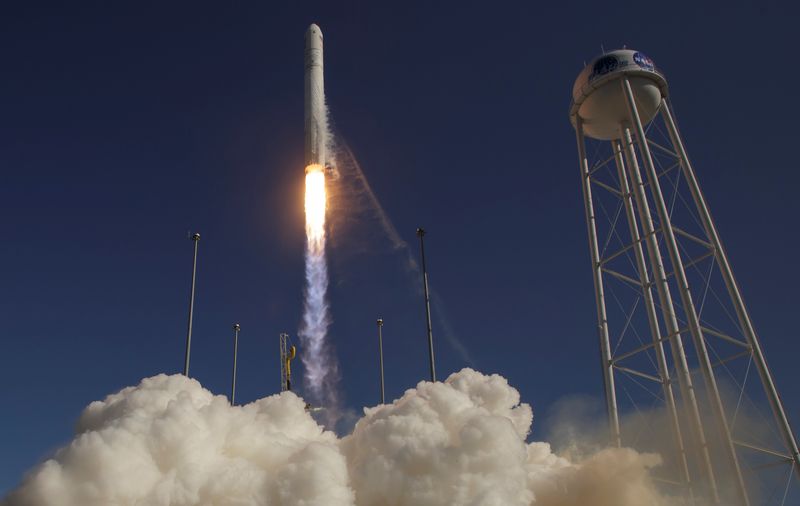