(Reuters) – Businesses stung by rising costs and lower consumer spending are shying away from Shopify’s platform, creating a roadblock in its plan to fix past missteps in overestimating e-commerce demand.

Shopify helps those merchants set up their online stores and payment systems and in return, earns a fee ranging from $29 a month for the basic offering to $2,000 for Plus subscriptions that get access to advanced tools.

A decline in online shopping has hammered the company’s earnings this year and forced it to cut jobs, unwinding a bet that the pandemic-era demand boom would last.

“Unless Shopify adds roughly twice as many merchants in the second half of 2022 as the first half, we estimate they could be on pace for the lowest net merchant additions in a year since at least 2018,” YipitData analysts said.

Graphic: The rise and fall of Shopify shares, https://graphics.reuters.com/SHOPIFY-STOCKS/zdvxozrebpx/Pasted%20image%201659979397863.png

They added the slowdown was concentrated in non-Plus merchants, businesses with a smaller size that are more exposed to decades-high inflation and rising interest rates.

That could also risk growth in Plus merchants – the main drivers of Shopify’s gross merchandise volume – as some of those subscriptions come from brands upgrading to Plus.

“You have to get people at the top of the funnel … If you’re not getting the members in today it will probably affect your Plus conversions in the next quarter or quarters ahead,” said GlobalData analyst Neil Saunders.

To be sure, Shopify said in its latest results Plus did “extraordinarily well” and that total merchant growth in the second half would be more than in the first.

Company President Harley Finkelstein told Reuters that ASICS and Hewlett Packard were some large brands that have migrated to Shopify Plus, while many “homegrown success stories” have also shifted to the offering.

(Reporting by Nivedita Balu in Bengaluru; Editing by Aditya Soni) 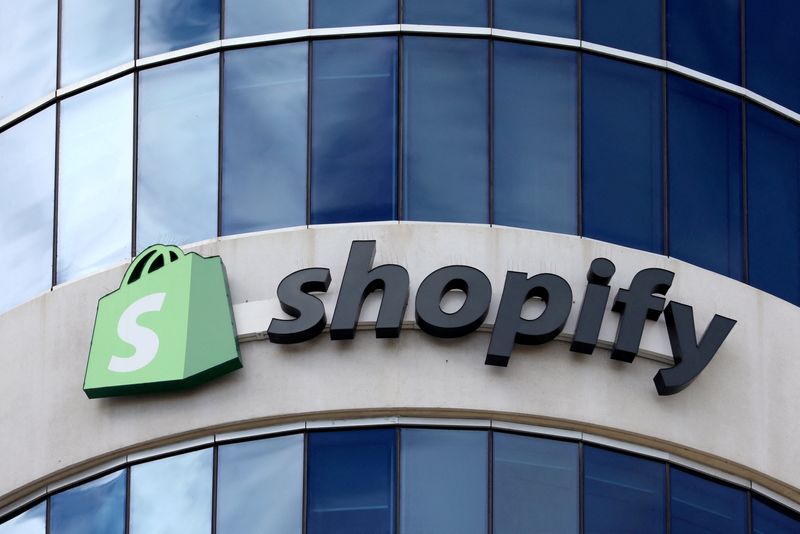