TAIPEI -Taiwan’s exports rose in July on sustained demand for technology products with shipments to China picking up, and while the government said the outlook was good for semiconductors it warned of growing uncertainly for the global economy.

Exports rose 14.2% in July from a year earlier to $43.32 billion, the Ministry of Finance said on Monday, the second highest monthly figure on record and up for the 25th consecutive month.

That was slightly slower than the 15.2% rise recorded in June, but better than the 11.65% expansion forecast from a Reuters poll.

The ministry attributed the growth pace to strong technology demand, especially for chips ahead of the year-end holiday shopping season, with supply chain problems easing.

July exports to China, Taiwan’s largest trading partner, rose an annual 3% to $16.04 billion, after a 4.5% contraction in June, suggesting an easing of disruptions caused by COVID-19 outbreaks in the country.

Overall exports of electronics components in July rose 15.6% to $16.96 billion, with semiconductor exports jumping 17.4% from a year earlier.

Many companies expect global chip shortages to last at least for the rest of the year, which will continue to bolster Taiwanese semiconductor firms’ order books.

Firms such as TSMC, the world’s largest contract chipmaker, are major suppliers to Apple Inc and other global tech giants, as well as providers of chips for auto companies and lower-end consumer electronics.

The finance ministry warned of a “high degree of uncertainty” for the global economy due the war in Ukraine and inflationary pressures, even with sustained chip demand.

“The growth momentum is gradually becoming conservative, which is bound to affect our country’s foreign trade situation,” it added.

July exports to the United States were up 24.8%, slower than a 27.9% jump recorded the previous month.

China’s export growth unexpectedly picked up speed in July, offering an encouraging boost to the economy as its struggles to recover from a COVID-induced slump, but weakening global demand could start to drag on shipments in coming months.

Taiwan could see August exports increase by 8% to 12% from a year earlier, the finance ministry said. 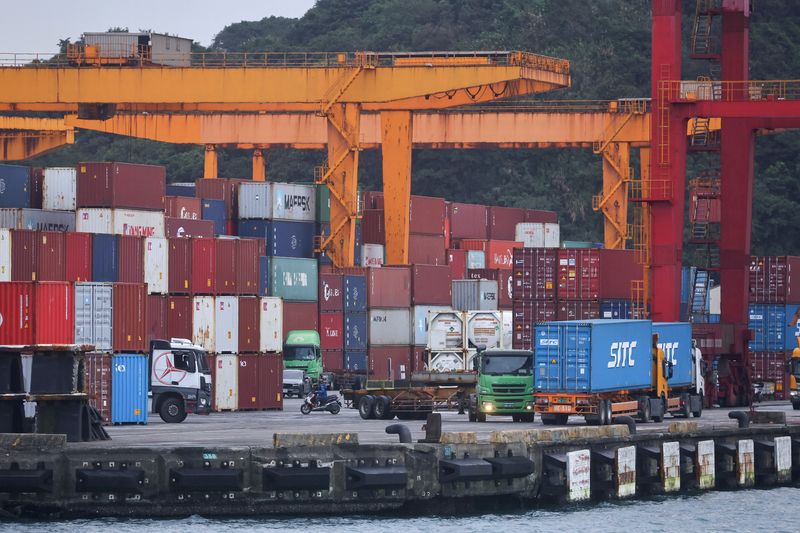