By Victoria Waldersee and Martin Schlicht

SOLTAU, Germany – Shouting over the clanging of machinery, Gerd Roeders is reluctantly preparing for the temporary shutdown of his German aluminium foundry to survive Europe’s growing gas crunch.

Roeders is hoping that by moving the 200-year-old plant to three weeks of 24-hour shifts followed by a one-week shutdown, he can maintain output while cutting his gas consumption.

His bill has already more than doubled this year from last, he said, fearing it will triple or even quadruple in 2023.

The plan will save the cost of gas needed to fire up the ovens every morning, Roeders calculates, even if it means paying staff at family-owned G.A. Roeders more to work night shifts.

Survival for G.A. Roeders GmbH and Germany’s 600 other foundries, most of which are small-to-medium enterprises with less than 250 staff, will mean cost cuts and tough talks with customers.

“We’re laying out our prices to customers and telling them they have to pay more,” 59-year-old Roeders told Reuters as workers prepared the plant for the first week of rest. “We can’t deliver parts if we invest and don’t earn anything back.”

While contracts for foundries generally include a clause that allows them to charge more when the cost of metal increases, no such clause exists for energy.

Roeders said he has always sought to be frugal on energy – the business’ second-largest expenditure after staff – a habit he learnt from his father who would turn off office computers at night and switch off the lights during lunch breaks.

But the firm is now facing unprecedented rises.

The price of the front-month Dutch TTF gas contract, the benchmark for Europe, has almost tripled since the start of the year due to the slowdown of Russian gas deliveries through Nord Stream 1 and a tight global market.

And while the firm still has a 30,000-litre oil tank on site, which has not been used for years, to use it again would feel like a backward step, Roeders said.

Germany’s energy regulator is pleading for businesses, government and consumers to reduce their gas intake and has asked the biggest firms to submit emergency plans to cut usage further in the winter.

Yet chief executives of German carmakers including Mercedes-Benz and Volkswagen have warned in recent weeks that maintaining output levels under emergency plans will only work if their suppliers can continue to deliver parts.

Producers of the aluminium, steel and glass essential to making cars rely even more heavily on natural gas than the automakers themselves, prompting fears of a ripple effect across their global client base if they are forced to halt production.

The energy crisis is the latest in a string of upheavals, from carbon emissions curbs and supply chain bottlenecks to stricter due diligence laws, which small businesses say they will struggle to overcome without more support.

“Converting to electricity-driven units requires massive renovation and is at best conceivable in the medium term,” a spokesperson for the German Association of Foundries said.

“No technology other than firing up machines with gas is currently available,” the spokesperson added.

Together with an alliance of other aluminium makers and a university, G.A. Roeders has received government funding to design a prototype smelting oven which could operate on a mix of 30%-40% hydrogen and 60%-70% gas.

The aim is to eventually run exclusively on hydrogen.

Interest in the project has multiplied since Russia’s invasion of Ukraine, Roeders said, but there are still many hurdles before it can become operational – from scaling up the technology to setting up a hydrogen charging network.

“To industrialise something like this usually takes at least five years,” he said. “We’ll have to dress up warm, we won’t have a hydrogen oven yet.” 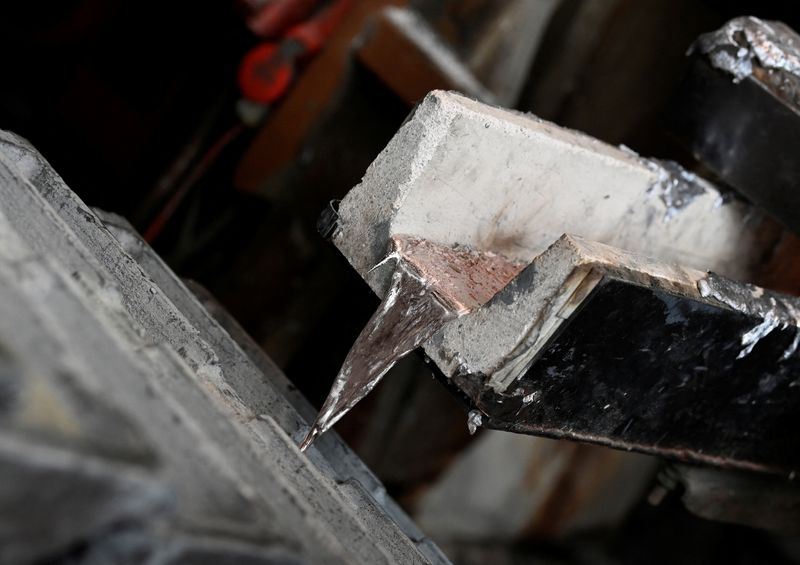 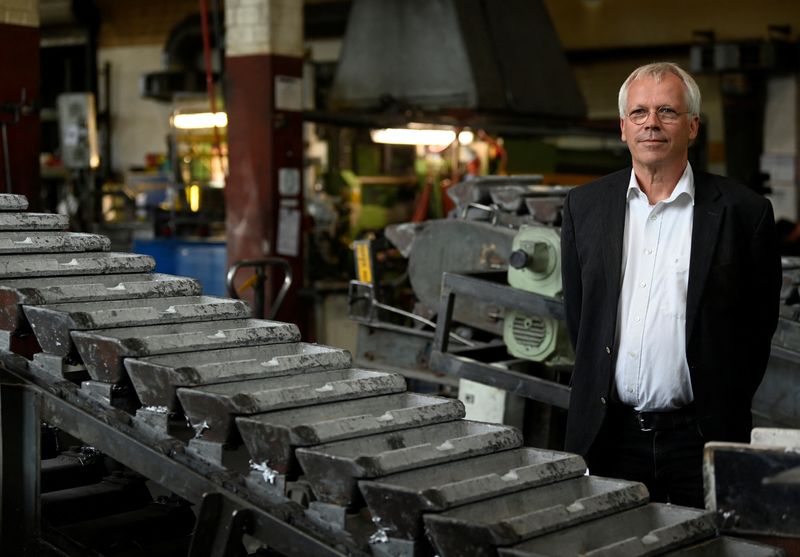 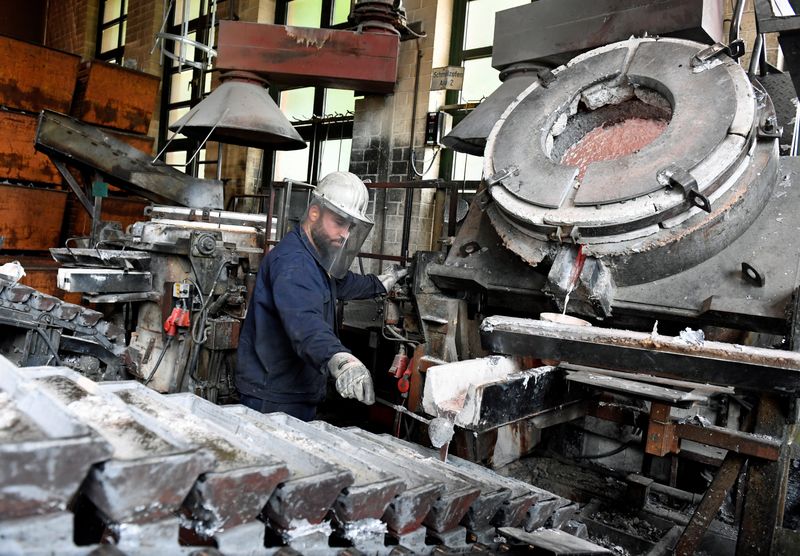 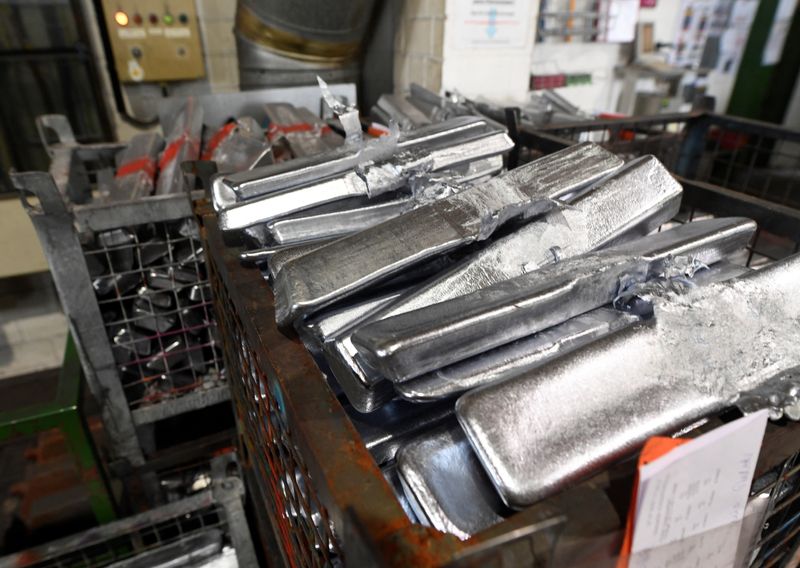 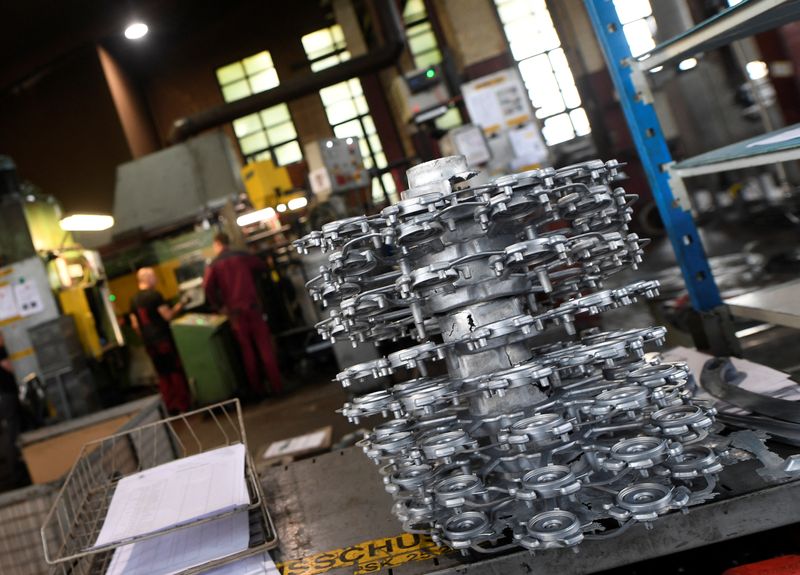