By Praveen Menon and Clara Denina

SYDNEY/LONDON -BHP must shell out more if it wants to snap up assets like those of OZ Minerals – a play on the future of electrification and decarbonisation, analysts and bankers said, after the miner’s unsolicited bid for the nickel and copper company was rebuffed.

BHP Group’s A$8.34 billion ($5.8 billion), or A$25 per share, bid for OZ Minerals does not fully value its assets in light of the global green energy push, according to some analysts.

This is the second rejection that BHP has faced in less than a year, after it backed off from an offer for Canada’s nickel miner Noront Resources Ltd, making its return to M&A bumpier than it would have wanted.

While BHP has not said if it would sweeten its OZ bid, analysts and bankers think if it did it faces no guarantee of winning over OZ’s board as other large miners and metals firms are sitting in the wings flush with cash and confident in the long-term outlook for metals like copper – used in wind turbines, solar power systems and electric cables.

“The underlying belief in this longer-term outlook for copper will make it very hard to transact without paying a substantial premium,” said Tyler Broda, an analyst at RBC Capital Markets.

“This appears to remain the case even with falling near-term commodity prices and a very uncertain macro environment impacting both the West and China,” he added.

OZ turned away BHP’s offer, which was 32% more than the closing price of its shares on Friday last week, saying it was “opportunistic” as copper prices had dropped off peaks.

Jefferies estimates OZ could fetch as much as A$36 per share if a bidder values copper at $4 per pound and offers a 30% premium. The metal is currently around $3.50, while OZ shares are at A$25.66.

Prices of copper and other metals have retreated this year on weak demand from top consumer China, where a zero-COVID policy has curtailed activity, and a global economic slowdown amid rising interest rates.

Long-term prospects, however, stay healthy for commodities like nickel and lithium that are used in batteries for electric vehicles (EVs), uranium that is used to produce nuclear energy, and copper as the world gears up to decarbonise.

The OZ deal is the second time a takeover bid by BHP has failed since it simplified its structure over the past year, unifying its London and Sydney public holdings in a single Australia listing, to become nimble for potential investments in “future facing” commodities.

Last year, BHP sought to buy Noront Resources but backed out after a months-long bidding war as it did not see “adequate long-term value”.

“BHP has the most firepower in the sector and should use it,” RBC Capital’s Broda said.

The world’s largest miner with $136 billion in market capitalisation makes the bulk of its money from digging iron ore, a raw material used in steelmaking, but it is also a top producer of copper and is looking to plunge into nickel.

The miner said last week it would spend more on nickel exploration over the next two years. An OZ deal would have given it access to projects including West Musgrave in Western Australia, which has nickel-copper deposits.

BHP may make another bid for OZ, a source with direct knowledge of the matter said on condition of anonymity given the details were not public yet. The source added that OZ had received approaches from others but did not disclose names.

Mathew Hodge, director of equity research at Morningstar, named “Glencore, Anglo American, Teck and other large to mid-cap companies” as those that could be potentially interested in Oz.

“They all have rivers of money flowing through them so what are they going to do with it?”

Most analysts agree a bid for OZ would have to be sweeter.

“It’s going to have to be much sweeter,” Peter O’Connor, mining and metals analyst at Shaw and Partners, said.

“We think the price per share will have to be in the range of lower to mid thirties if BHP wants to get this done.”

O’Connor, however, said that BHP was likely to maintain discipline and not overpay. The miner has in the past upset investors with a costly push into U.S. shale that led to billions of dollars in writedowns. 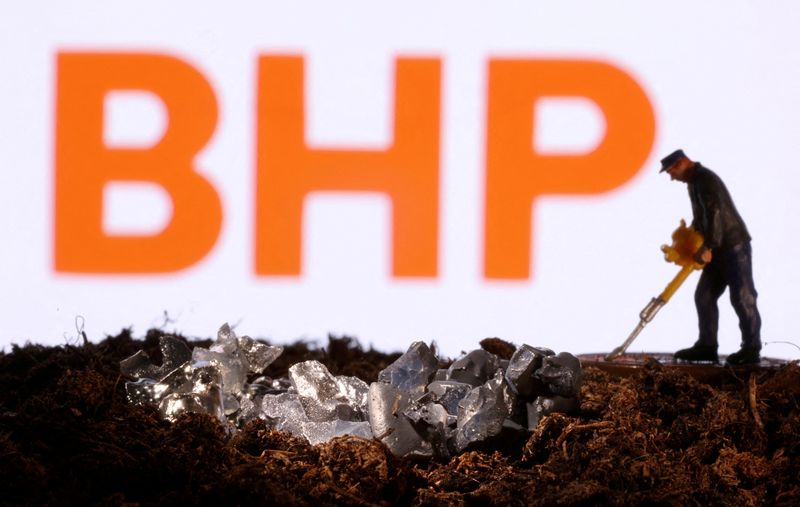