WASHINGTON – President Joe Biden’s administration on Tuesday proposed a U.S. rule requiring farms to give egg-laying chickens access to the outdoors in order to earn the label “organic,” closing loopholes but potentially giving companies up to 15 years to comply.

The long-awaited proposal, published by the U.S. Department of Agriculture, would eliminate loopholes that have let some of the biggest egg producers claim the federally administered “organic” label by installing open-air porches on henhouses in lieu of providing access to pasture.

Giving chickens access to pasture rather than confining them to henhouses is considered more humane treatment.

The USDA said the rule would better align the organic program with consumer expectations.

“This is about animal husbandry practices, animal welfare and leveling the playing field,” USDA Under Secretary for Marketing and Regulatory Programs Jenny Moffitt said in an interview. “The goal of this is to have unambiguous standards.”

The rule now faces a 60-day public comment period before it can be implemented.

Former President Barack Obama’s administration in 2016 pursued a similar rule that went into effect in 2017. That rule was opposed by the largest U.S. organic egg producer, Michigan-based Herbruck’s Poultry Ranch, and key farm-state Senator Debbie Stabenow of Michigan, and was withdrawn under Obama’s successor Donald Trump later in 2017.

The egg industry opposed the Obama-era rule, arguing it would raise the cost of eggs. Larry Sadler, vice president of animal welfare for egg industry trade group United Egg Producers, said the group did not yet have a position on the Biden administration’s proposal.

Related:  MARTIN: A Key Competition Is Emerging Between China And The US. Here’s What It Is

Stabenow, a Democrat who chairs the Senate Agriculture Committee, called the new rule important but said she would “continue to encourage the USDA to allow the necessary flexibility in production.”

The Obama-era rule had allowed for a five-year implementation period. The USDA now is seeking comment on whether companies should be given 15 years.

“A 15-year timeline is kicking the can too far down the road,” said Erik Drake, CEO of New Hampshire-based organic egg company Pete and Gerry’s that already allows its hens access to pasture.

(Reporting by Leah Douglas; Editing by Will Dunham) 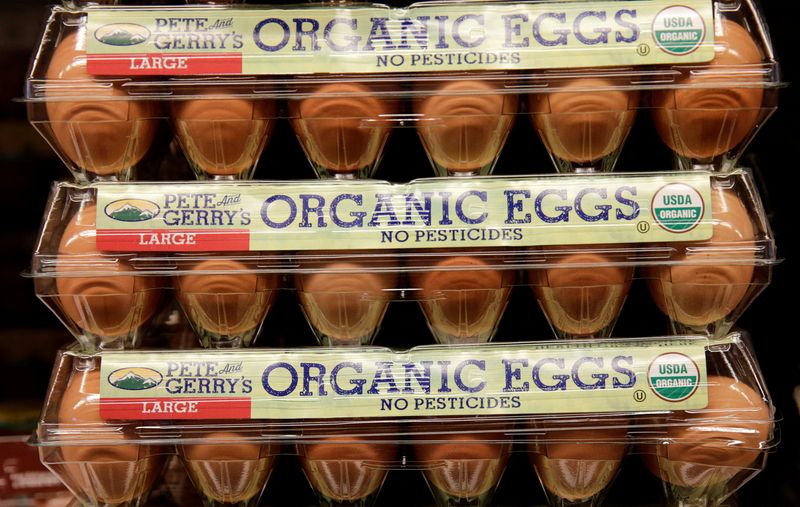