NEW YORK – The safe-haven dollar edged higher on Tuesday, erasing earlier losses as risk appetite dwindled ahead of key inflation figures that could offer clues on how aggressive the Federal Reserve will be in its expected interest rate hike in September.

The greenback had drifted lower in thin summer trading from the start of the session, but then reversed course as U.S. stock markets slid on profit warnings, global inflationary concerns, and data that showed U.S. worker productivity fell sharply in the second quarter.

“There’s a lot of global issues and we cannot ignore them and that puts a lot of downward pressure on global growth,” Juan Perez, director of trading at Monex USA said of the dollar’s safe haven appeal.

The big focus for traders is on Wednesday’s U.S. Consumer Price Index report, which is expected to show that decades-high inflation eased in July following back-to-back 75-basis point hikes by the Fed in June and July.

But data on Friday showed that U.S. employers hired far more workers than expected last month, with wages still rising at a strong clip, boosting bets for another mammoth rate hike by the Fed at its Sept. 20-21 meeting.

Money-market futures show traders see about a two-thirds chance of a 75 bps hike next month.

“We’ve been getting consistently hotter-than-expected inflation reports and if that happens again, the market is not prepared for that,” said Edward Moya, senior market analyst at Oanda. “If that happens, we’re testing parity again against the euro,” he said of the potential for more dollar strength.

The gap between two and 10-year Treasury yields, a reliable recession indicator, has grown to its largest in two decades. [US/]

“The U.S. yield curve is inverted, suggesting recession down the line. But equity markets look as if they believe the Fed is going to stop soon and start cutting in 2023,” said Mizuho senior economist Colin Asher.

“I think tomorrow’s CPI data will suggest the Fed is not going to stop, which to me suggests weaker equity markets ahead which will limit any dip in the dollar in the next few months.”

The dollar’s safe haven status, though, makes the greenback’s reaction a little harder to predict, especially as growth and geopolitical worries swirl.

China extended military drills near Taiwan, and the self-ruled island’s foreign minister said China was using the drills launched in protest against U.S. House Speaker Nancy Pelosi’s visit as an excuse to prepare for an invasion. 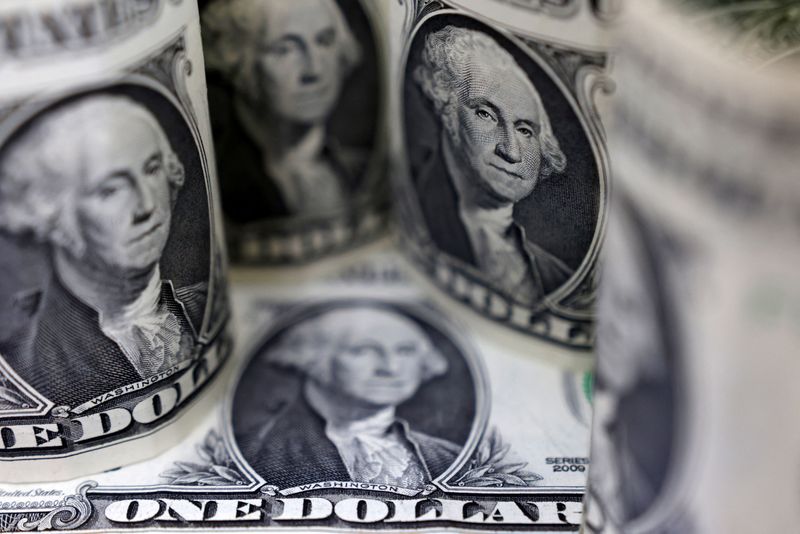